Mass' removal from KNKX was not over what he said on air, but what he posted on his personal blog, comparing recent riots in Seattle to Kristallnacht in 1938. 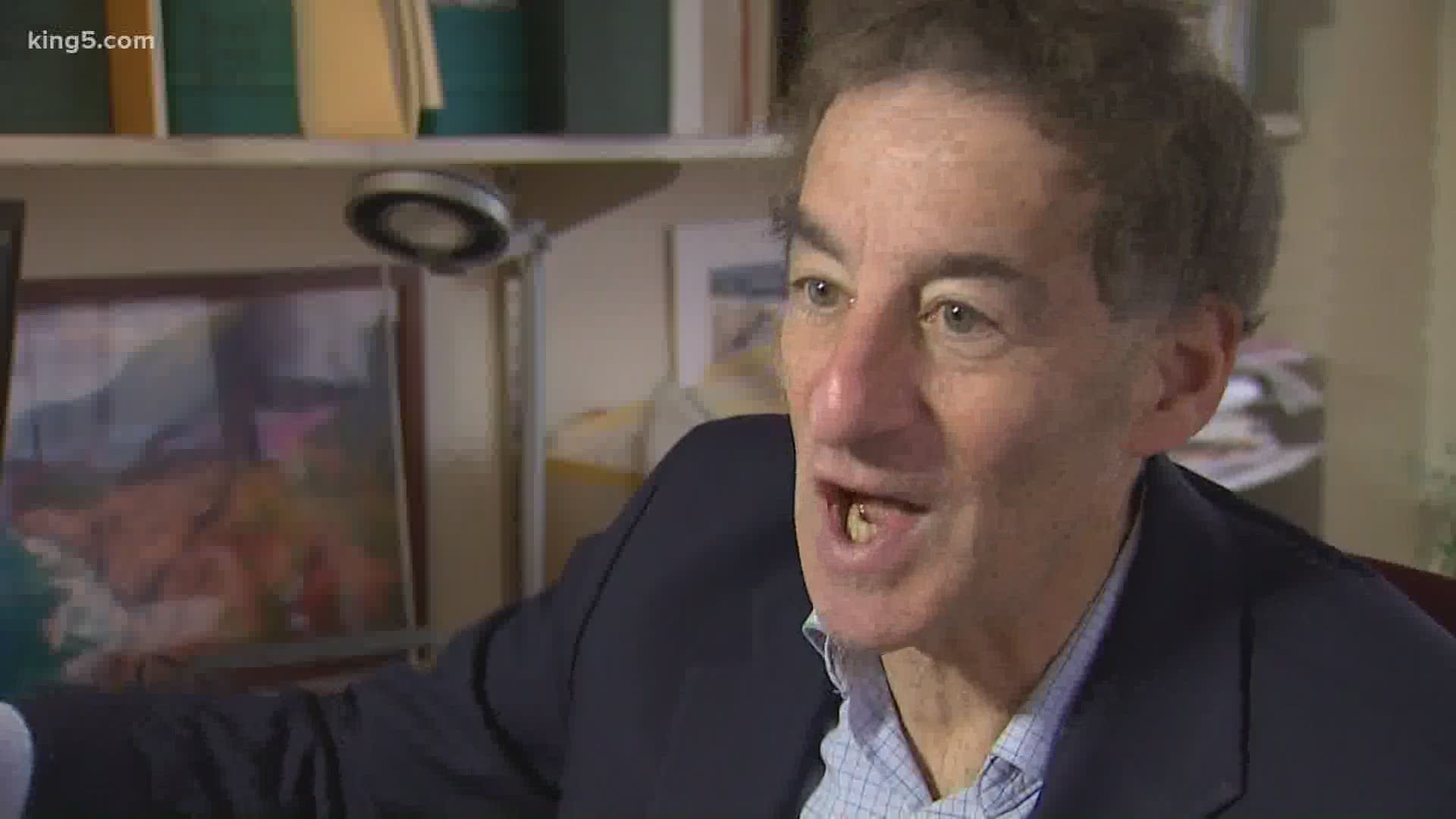 This time, it was Tacoma based KNKX (Formerly KPLU) who picked up Mass’ normally non-controversial weather forecasts and discussions after 2011.

Mass moved to the station after he was taken off the air at the University of Washington owned KUOW over controversial statements involving mathematic standards.

His latest removal was not over what he said on air, but what he posted on his well-known personal blog, which notifies viewers that it covers weather, climate, and current events. In this case, the current events he covered involved his walk in downtown Seattle in the wake of protests where some in the crowd broke store windows, looted and set police cars on fire.

"What I saw had a big effect on me. Seeing how much was boarded up. Blocks and blocks" said Mass.

He said he sympathizes with the Black Lives Matter movement, but he does not think police should be defunded and that city and state leaders should be speaking out more about the damage in downtown and individual "thugs" who used the cover of protests to carry it out.

But it was his drawing of parallels between destruction in downtown Seattle and a critical point in Jewish and European history that is at the heart of his departure from KNKX.

That event is known as Kristallnacht. In November of 1938, Hitler Youth, and members of the SA, also known as "brown shirts," led two days of attacks on Jewish owned stores and synagogues, also resulting in arrests and murders.

Mass is Jewish and said his reaction to what he saw in Seattle triggered an emotional chord.

"To me, this is not academic. My family, even here in the United States, went through a lot of discrimination," he explained. "For example, my father wanted to move to a certain neighborhood, Jews and Blacks weren’t allowed."

He said parts of his family who lived in Poland were never heard from again after World War II ended. Hitler’s "final solution" was the extermination of millions of European Jews with Poland at the center of it. Most Nazi death camps, including Auschwitz, were located in Poland.

But KNKX said the parallel went too far. In a statement Thursday evening, the radio station said:

"We turn to our regular commentators for their expertise and points-of-view when it comes to sports, food and the weather. But if a commentator, even on his own independent platform, delivers rhetoric that is offensive and inaccurate, we cannot support it.  This is the case today with Cliff Mass. His post on his personal blog compares recent events in Seattle to Kristallnacht, the 1938 pogrom carried out by Nazi Germany, and draws distorted, offensive parallels between protesters and Nazi Brownshirts. We abhor the comparison and find it sensationalized and misleading -- it does not reflect who we are and what we stand for at KNKX."

KNKX Manager Joey Cohn added the below statement in response to an inquiry from KING 5 on Friday: "I stand by KNKX’s original statement on this issue. I will also add that obviously Cliff had second thoughts about what he wrote, and deleted photos and language from his original blog that compared the protesters to Nazis or fascists. It was those inaccurate, unfair and disrespectful comparisons that led to our decision to remove his segment from KNKX."

Mass said he deleted the reference to Kristallnacht, calling it a distraction.

"I had a message in there. I didn’t need that section in there," he said. "It was obvious to me that it was a tremendous distraction, and people thinking about the rest of it was fixating on that."