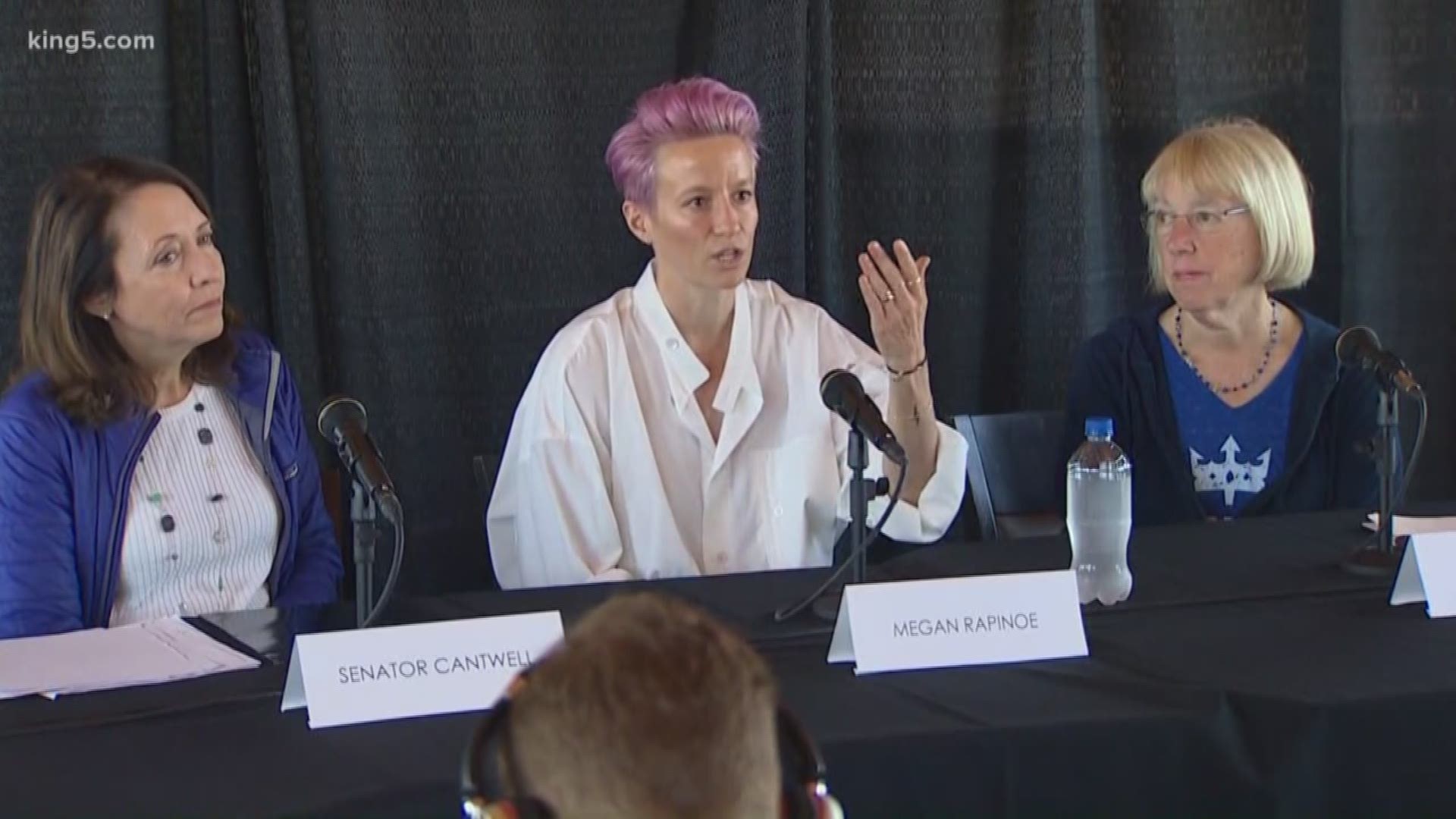 “They’re fighting for me, I have a master’s degree and my husband makes more money than I do with his history degree from the University of Washington,” said Megan Darrow, who recently bought season tickets to the Reign FC.

Rapinoe and her teammates have been fighting for equal pay after gaining international attention that the US women’s team is paid less than the men’s team.

“It’s not one person’s responsibility, not just an athlete, senator, or citizen. It’s everyone working together,” said Rapinoe.

Before Sunday’s game Rapinoe joined Senators Patty Murray and Maria Cantwell to advocate for gender equality. The three urged Congress to pass the Paycheck Fairness Act, an extension of the Equal Pay Act aimed at closing loopholes within that law.

The congresswomen also introduced the Equal Pay for Team USA bill, which would guarantee equal pay for athletes who compete on behalf of the United States.

“We have to understand that it’s about pulling people up with you,” said Rapinoe, “And then look towards to future to try and work together to put people in a position to reach their potential.”