By day, Semih Tareen works as a scientist to genetically engineer immune cells to fight cancer. By night, he's scoring music for horror films around the globe. 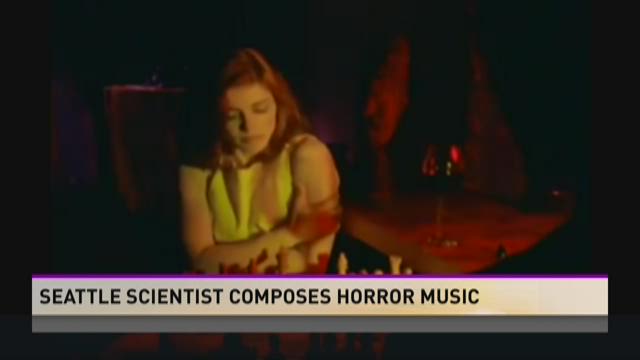 SEATTLE - By day, Semih Tareen works as a scientist to genetically engineer immune cells to fight cancer. By night, he's scoring music for horror films around the globe.

Tareen has a PhD in biology but he has always had an interest in music. He attended the Pacific Northwest Film Scoring Program about 15 years ago and has been composing music and working with filmmakers ever since.

"There's something about sitting in the dark or around a campfire telling stories," says Tareen. "That probably goes back time-before-time and I love just living that today."

Tareen has worked on at least 30 films across the globe from Seattle to Turkey. A record label in Istanbul released a compilation of Tareen's work in an album called "Dark Symphonies" which features award-winning music for several films from Seattle, London and Istanbul. His music can be found on Spotify, iTunes, Amazon and YouTube.

Listen to "Dark Symphonies" for free

Tareen says most of the edits are done in his Seattle studio. He usually puts the music together after the film is mostly edited. Through the approval process he can then shoot with an orchestra or use technology by himself.

Critics often describe his music as "haunting" which is a huge compliment to Tareen. And though he loves his music, don't expect him to quit his work as a scientist.