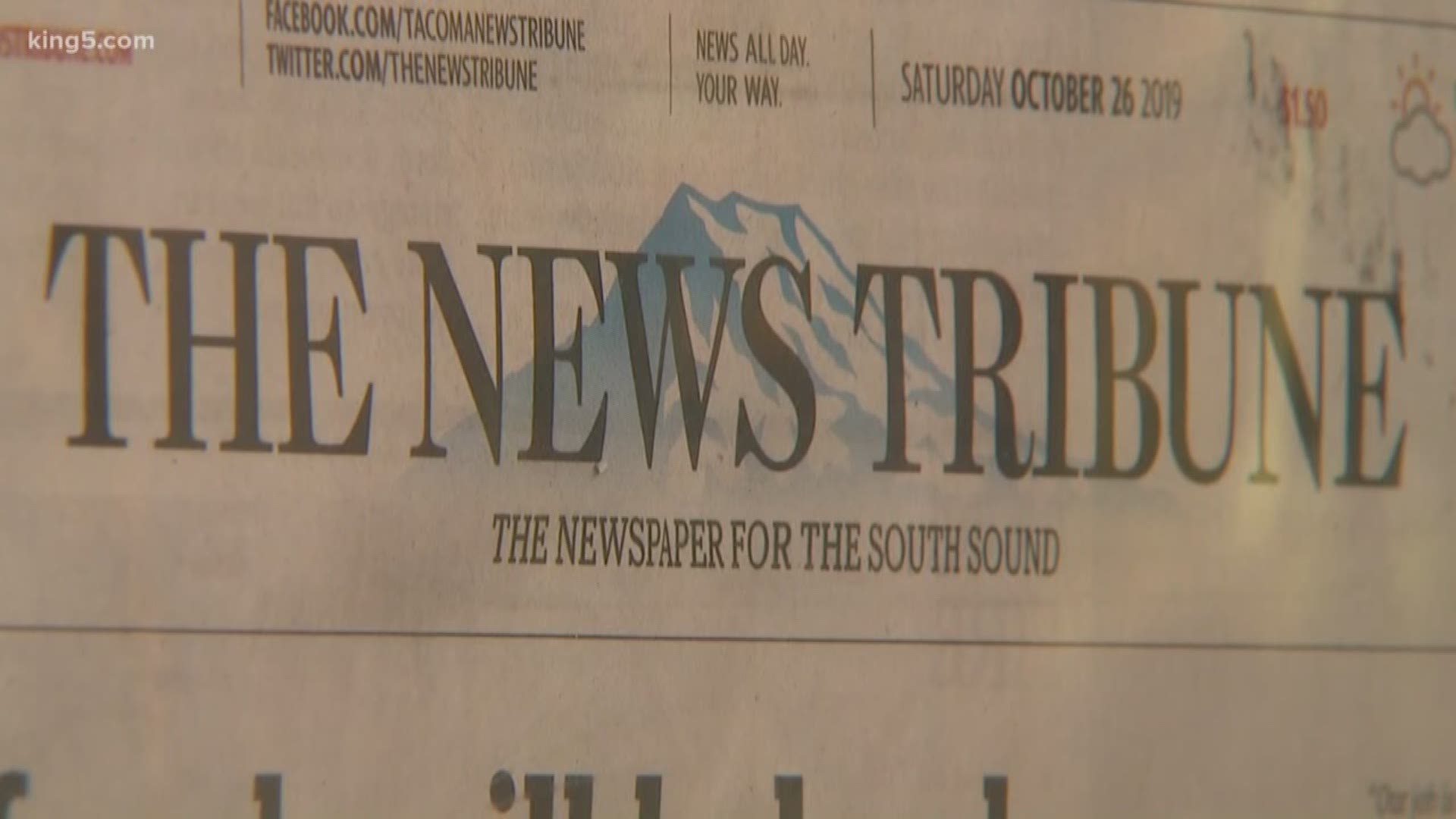 Editor's note: The video above was originally published in October 2019 when McClatchy announced the Saturday editions of The Tacoma News Tribute and The Olympian will be online-only.

SEATTLE - The publisher of The Olympian, The News Tribune, The Bellingham Herald, The Tri-City Herald, and dozens of other newspapers nationwide is filing for bankruptcy protection.

McClatchy said Thursday it will continue to run normally as it pursues approval of its restructuring plan under Chapter 11.

Its 30 newsrooms, including The Charlotte Observer, Miami Herald, The News & Observer in Raleigh, and The Star-Telegram in Fort Worth, will continue to operate as usual.

The newspaper industry has been devastated by changing technology that has sent the vast majority of people online in search of news.

McClatchy announced last October that the Saturday editions of The Tacoma News Tribune and The Olympian will be online-only starting at the end of January.

McClatchy expects fourth-quarter revenue of $183.9 million, down 14% from a year earlier. Its 2019 revenue is anticipated to slide 12.1% from the previous year.

The publisher's origins date to 1857 when it first began publishing a four-page paper in Sacramento, California, following the California Gold Rush. That paper became The Sacramento Bee.