Seattle Mayor Jenny Durkan confirmed that the Department of Homeland Security’s Border Patrol Tactical Unit is no longer in Seattle. 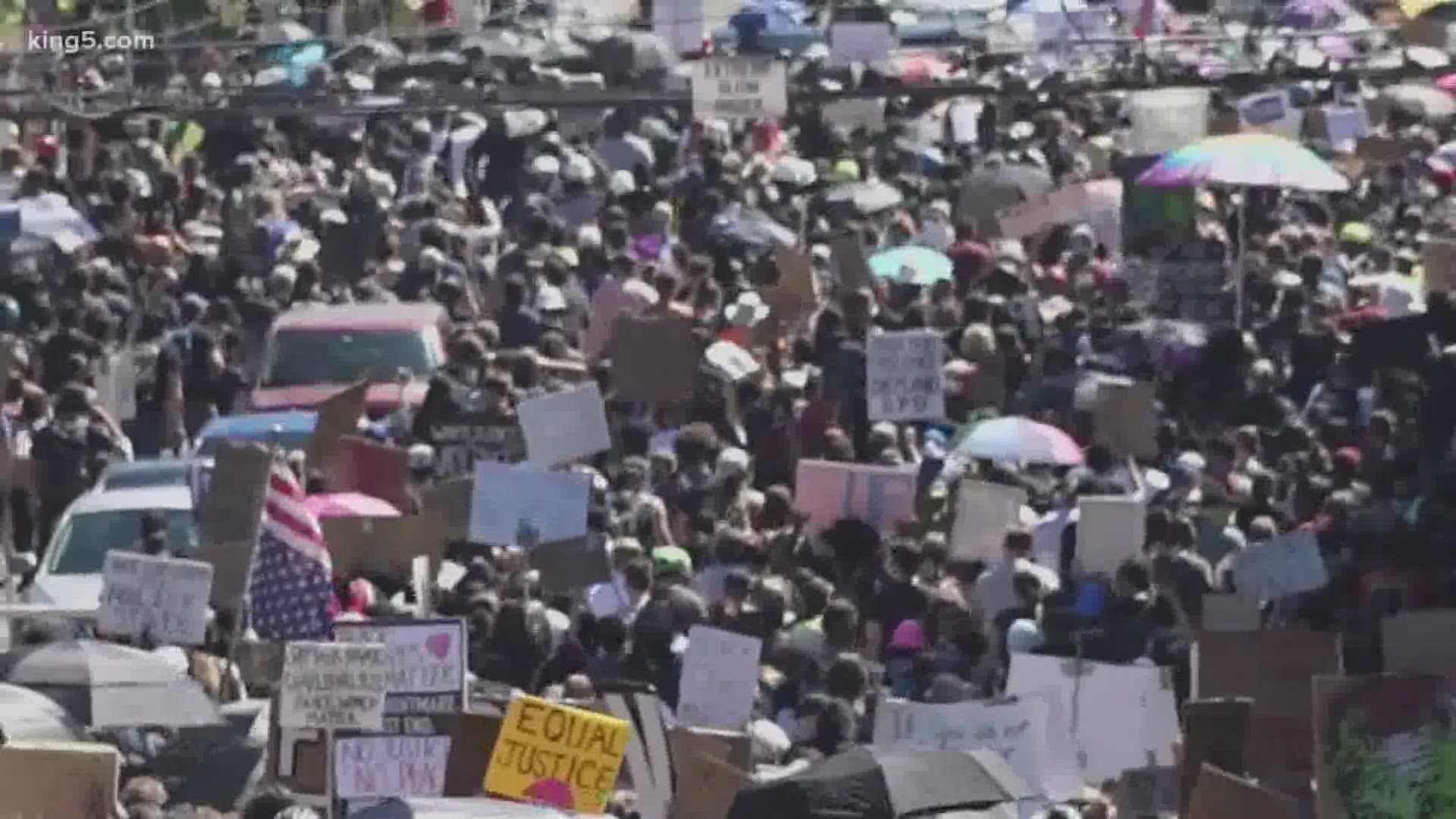 SEATTLE — Seattle Mayor Jenny Durkan announced that federal agents, sent to the city to control protests, have demobilized and left.

Durkan received confirmation on Tuesday that the Department of Homeland Security’s Border Patrol Tactical Unit is no longer in Seattle.

Last week, Durkan and other city officials expressed concern about having federal agents in Seattle, saying it could incite crowds further. Some of the protests on Saturday in the city's Capitol Hill neighborhood were over the presence of feds in Seattle.

However, KING 5 spoke with some protesters and law enforcement who collectively said they did not see any federal agents at the protests.

Gov. Jay Inslee said state and local authorities were not consulted on the matter.

"This demobilization means Washingtonians no longer have to worry about the White House's aim to provoke confrontation and undermine peaceful protests," Inslee said in a statement. "Those peacefully protesting have raised the public's consciousness of the urgent need for racial justice, and I have no doubt they will continue to use their voices to call for action. We must continue making progress toward a better and more just Washington for everyone."

“The president’s actions to target and ‘dominate’ Democratic cities through the use of federal forces is chilling.  It has increased violence in Portland, Seattle and other cities across the country, which was what the president intended. Policing decisions in Seattle should be made by Chief Best – not Donald Trump, and we can rest assured that they will be,” Durkan said in a statement. "We will continue to heed this moment in history and to work with the community to make systemic and generational changes to make Seattle more just."

Prosecuting Attorney Satterberg said that while this is good news for Seattle, people shouldn't lose sight of what's happening in Portland. The Oregon city has been dealing with the presence of federal agents during protests for weeks.