Dozens of teens rallied in Marysville Saturday to push for changes in gun laws. 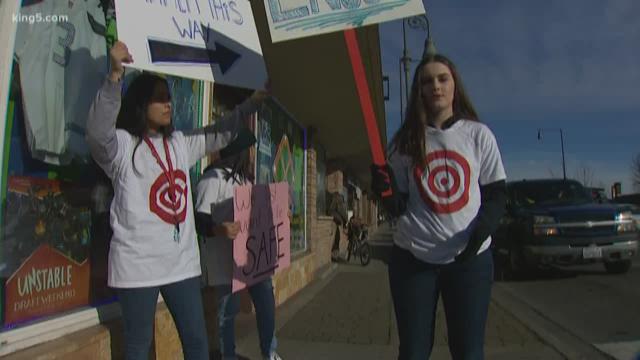 Dozens of teens rallied in Marysville Saturday to push for changes in gun laws.

It's a community that's been touched by school violence. Five students, including the shooter, died in the shooting at Marysville Pilchuck High School in 2014.

The teens stood at a busy intersection waving signs and wearing shirts with a target on them. It’s a bold statement, but that’s what the students want.

Their young voices seemed to resonate with several adults who came out to support.

"We're not anti-gun; we're pro-life. We just want people to be able to go to school feel safe,” Thoms said.

Thoms went to middle school with some of the students who died in the shooting at her rival high school. After waiving their signs along the street, the group went to a local park for a rally.

A floodgate of emotions followed as teens and adults shared their fear and frustration.

“I’m just a 16-year-old girl, and I don't know everything about gun laws. What I do know is we're scared, we're angry, and we want to make a difference,” Thoms said.

A Lake Stevens High schooler said she worries for her own safety and the rest of her family.

"My mom's a teacher, and she did not sign up to put herself between an assault rifle and her students,” she said.

Teacher Marjorie Serg was among those supporting the students. She was teaching at Marysville Pilchuck when that shooting happened and hopes things are starting to turn around.

Thoms is hoping to be part of the nationwide march in Washington, D.C. later this month. She plans to take the message from her small community and feed the growing outcry across the country.

Everett businessman Roger Gable is raising money to send Thoms and other students to the March for Our Lives event on March 24 in Washington, D.C. For information, call 425-259-0741. 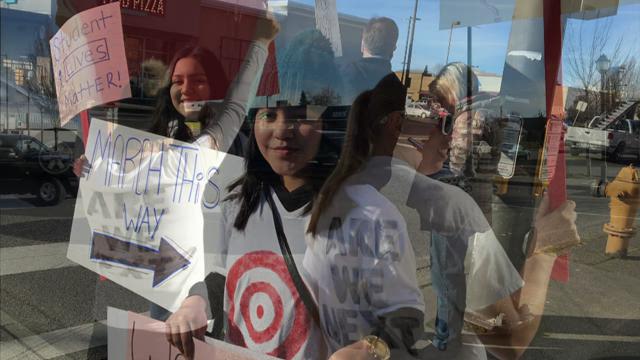