Washington State Ferries has long been dealing with a workforce aging into retirement and a shortage of new, qualified workers joining the maritime industry. 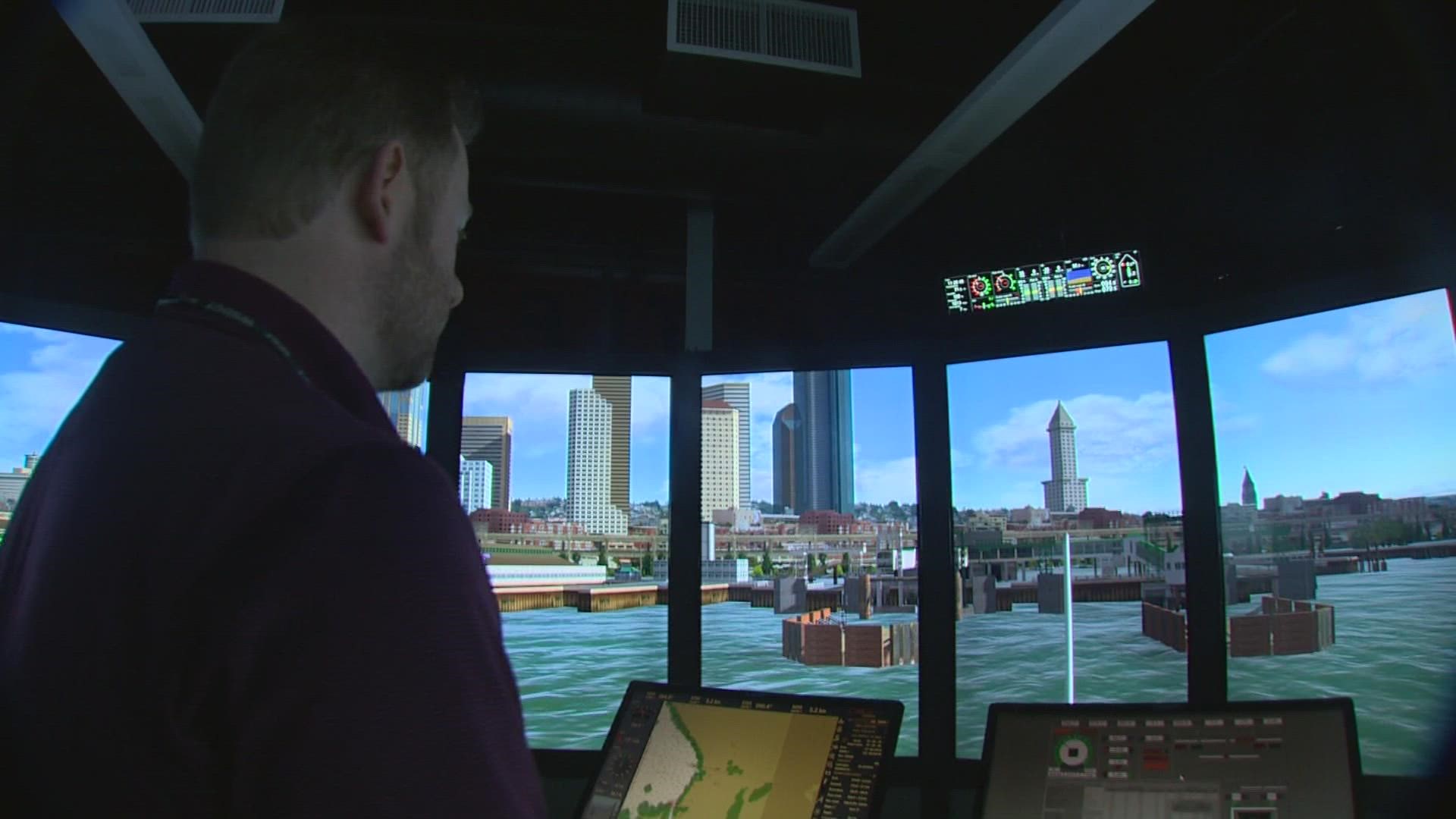 SEATTLE — While issues surrounding Washington's ferry cancellations have been focused on Gov. Jay Inslee's COVID-19 vaccine mandate, which requires all state workers to be fully vaccinated by Oct. 18, personnel issues have been building on the ferry system for years.

The cause, Washington State Ferries (WSF) has long stated, is the “silver tsunami,” referring to large numbers of its most senior crew members from captains to chief engineers reaching retirement age. That wave of retirements is playing out now amid the pandemic.

The ferry system had been preparing for it for years and is moving more and more employees up the ranks, but not without staffing shortages.

“And what happens then, is you have a huge sucking of the more junior people who haven’t been in the industry very long necessarily, up through the ranks, which then creates this huge vacuum at the bottom,” said Dale Bateman, dean of the Seattle Maritime Academy, which is part of Seattle’s community college system.

The academy typically produces between 32 to 36 graduates each year, and about half are officers, such as first mates. The rest often head into engineering jobs below decks keeping the ship's engines and systems working. Recently, COVID-19 restrictions have cut the academy's numbers by about a third, though Bateman said things are in the process of returning to normal levels.

The Seattle Maritime Academy works closely with the state ferry system to fill those jobs, but WSF also has competition.

As an example of how tough things have been, WSF was only able to recruit three oilers to work below decks, including the engine room, but it had slots for 10 and continues to recruit. The oiler is an entry-level job in the engineer ranks. Yet, the job pays more than $28 an hour. It also requires those in that role to be on call. Bateman said the pay can accelerate quickly, as people move up the ladder.

Bateman said he is able to recruit people into his program but would like to see more, including more minorities who he said don’t see themselves in jobs on the water.

"The maritime industry is out of sight, out of mind," said Bateman.

For too many people, Bateman said it's an industry that for generations has been mostly white and where new talent often comes through family connections or other prior exposure to the business, which is something he hopes to change.