The Seattle Mariners are making their pitch for $180 million in public funding. KING 5 got an exclusive peek at what they say is a publicly owned building that needs millions of dollars in repairs. 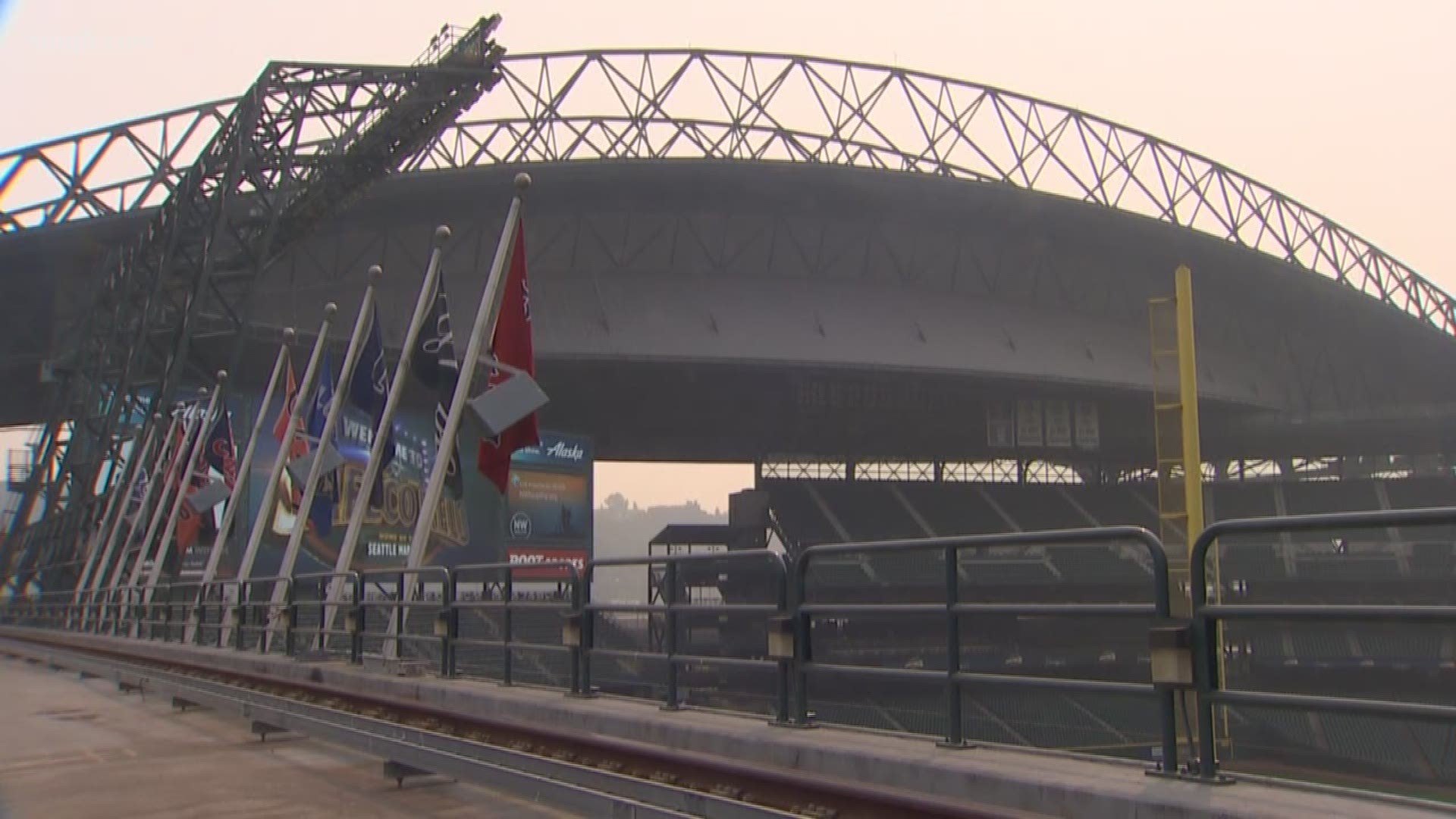 The Seattle Mariners said there are millions in needed repairs to a building they don’t own.

On Tuesday, the franchise opened up the doors of Safeco Field to show what it believes are legitimate concerns.

“These are necessary projects,” said Mariners VP of Operations Trevor Gooby as he walked near the track in the upper reaches of Safeco Field. “The roof will not work if we don’t fix it.”

Gooby took the time to point out the nuts and bolts, so to speak, of the roof system. He said some parts of the wheel assembly have already been replaced, but dozens more need to be fixed. The PVC membrane, which covers the 9-acre roof surface, also needs replacing.

There also needs to be a complete repainting of the structural steel, on top of the seats, escalators, and mechanical and plumbing systems.

Gooby, flanked by Mariners Legal Counsel Fred Rivera, said these are the projects that the money would be used for. In fact, the Mariners released dozens of internal documents highlighting what they said are basic infrastructure improvements that need to addressed, including the forty or so expansion joints in the building.

The facility, which opened in 1999, was publicly financed. Now, they’re asking for an additional $180 million in hotel-motel taxes in exchange for signing a 25-year lease extension. King County Executive Dow Constantine signed off on the deal, made between the Mariners and the Public Facilities District Board, which was created to manage the building on behalf of the public.

Rivera noted that the interlocal agreement, as it is called, between the PFD and the Mariners strictly prohibits the use of the money for any “baseball operations or facility upgrades with direct revenue generation potentials, such as suites, restaurants, or so-called Club spaces.”

It's perhaps a sign the Mariners are feeling the pushback from the initial request, which when announced, noted it only needed King County Council approval.

Yet, after a public meeting, one co-sponsor King County Councilmember Jeanne Kohl-Welles pulled out. It is unclear whether there is public support for spending the money. Councilmember Dave Upthegrove suggested the tax money be used to build affordable housing instead and has pointed to the value of the franchise as a reason why the county shouldn’t enter into the deal.

“The value of a team doesn’t translate into annual revenue,” countered Rivera. “The owners of the club have never taken distribution out of revenue, every penny that the club makes goes back into the ballpark or back into this team or other facility.”

He added the club will spend millions of its own money in a new lease.

“Seventy-five percent”, he said. “We’re making what we think is a more than fair contribution to the publicly owned ballpark.”

The Mariners' lease ends this year. There is a hearing scheduled on the issue for August 29 and Rivera said there is only one thing off the table.

“The team is not moving, we’re not playing that card, we think we’re being fair and honest,” he said, adding, “We’re just looking for a fair resolution.”