Will there be enough weed to go around? Illinois gets ready for legalization

There are still quite a few preparations to be made before recreational weed becomes legal in Illinois on January 1. 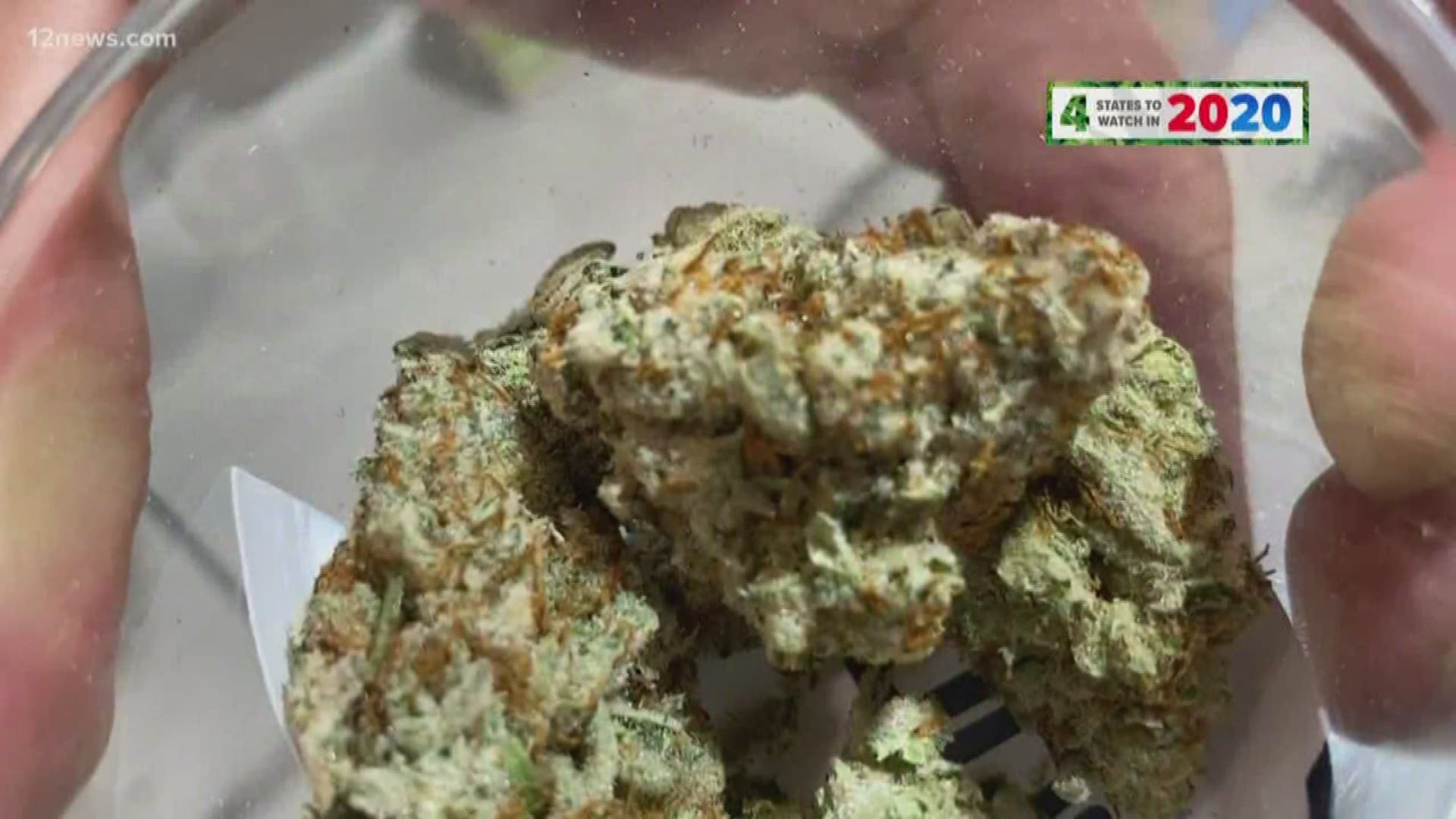 CHICAGO — The Windy City has always been at odds with prohibition.

First, it was with alcohol, which led to the rise of gangsters like Al Capone. Now, years later, prohibition is once again about to come to an end, this time for pot.

While Chicago has always been known for pizza and hot dogs, you can soon add cannabis to that list.

Paul Lee is one of the partners in a medical dispensary that's getting ready to open its doors to all comers.

"We’ve been waiting for this for four years now," he said. "So it’s something that we’ve really looked forward to and getting ready every single day, and we’ll definitely be ready January 1."

Brendan Reilly is the vice mayor of the city, and he makes no bones about the fact that Illinois wants a piece of the green pie.

"It’s a multi-billion-dollar industry already in the states that have legalized it, so we’re looking to this, not as the absolute solution to our problems, but certainly one of the key components to plugging some major revenue gaps that we have,” he said.

And it happened quickly. On June 25 of this year, Illinois governor J. B. Pritzker signed the legislation that legalized recreational marijuana.

State agencies and growers were put on a 180-day clock to get everything in place.

“I think any operator is definitely going to be worrying about the supply we’re going to have when so much demand is going to be had on a single day and going forward," Lee said.

However, Lee said the state’s growers should be able to keep up as demand skyrockets.

RELATED: This cafe will suggest what weed to pair with your food

“I think in Illinois, we have a really good chance of righting the ship, as they say, in terms of supply because the cultivators here are so big and so capable,” he said. “We’ve never really seen another state or city be able to produce on that scale.”

As for the dispensary, Lee said they’ve been hiring more staff, doing renovations to accommodate more people and holding onto more supply to get ready for more demand.

After all the preparations, people in Illinois will be ready for a post-New Year’s Eve party.

“It’s going to be New Year’s Eve and then on New Year’s Day, it’s going to be a totally different celebration for a whole segment of the population who’ve been waiting for this for their whole lives,” he said.

But what sets Illinois apart is its commitment to making sure the pot law isn’t only green, but black and brown as well.  Although some think, despite good intentions, Chicago’s minorities may not be on a level playing field.

“Yeah, equity was a really important component of the state law in Illinois,” Vice Mayor Reilly said. “Part of it includes expunging the records of those folks who had non-violent marijuana-related convictions.”

Vice Mayor Reilly said the idea is two-fold, to create financial opportunities for minority owners in the cannabis industry and to rethink America’s war on drugs and those who were swept up in it.

“I’m all for law and order and for getting the bad guys for sure, but when you look at struggling neighborhoods, the local economy is selling marijuana. So folks were being convicted by the droves, and we had a lot of folks incarcerated for not hurting anyone," he said.

So the landscape is about to change here in the Windy City. With the January 1 opening bell, there are questions about supply meeting the expected demand and lawmakers wanting Illinois to be a blueprint for equality

From where the vice mayor sits, in a city already full of tourists, legal cannabis will just be another part of the city’s allure.

“The art, our wonderful museum institutions, our architecture, our architecture tours, our food – I mean, we’re a restaurant capital of the world,” Reilly said. “Those are all things, I think, that would be enhanced if we allow this extra bit of tourism economy here.”

• Study finds link between male marijuana use and miscarriage risk