A father of three who took shelter for more than a year in a downtown Seattle church to avoid deportation to Mexico was detained by ICE on Wednesday. 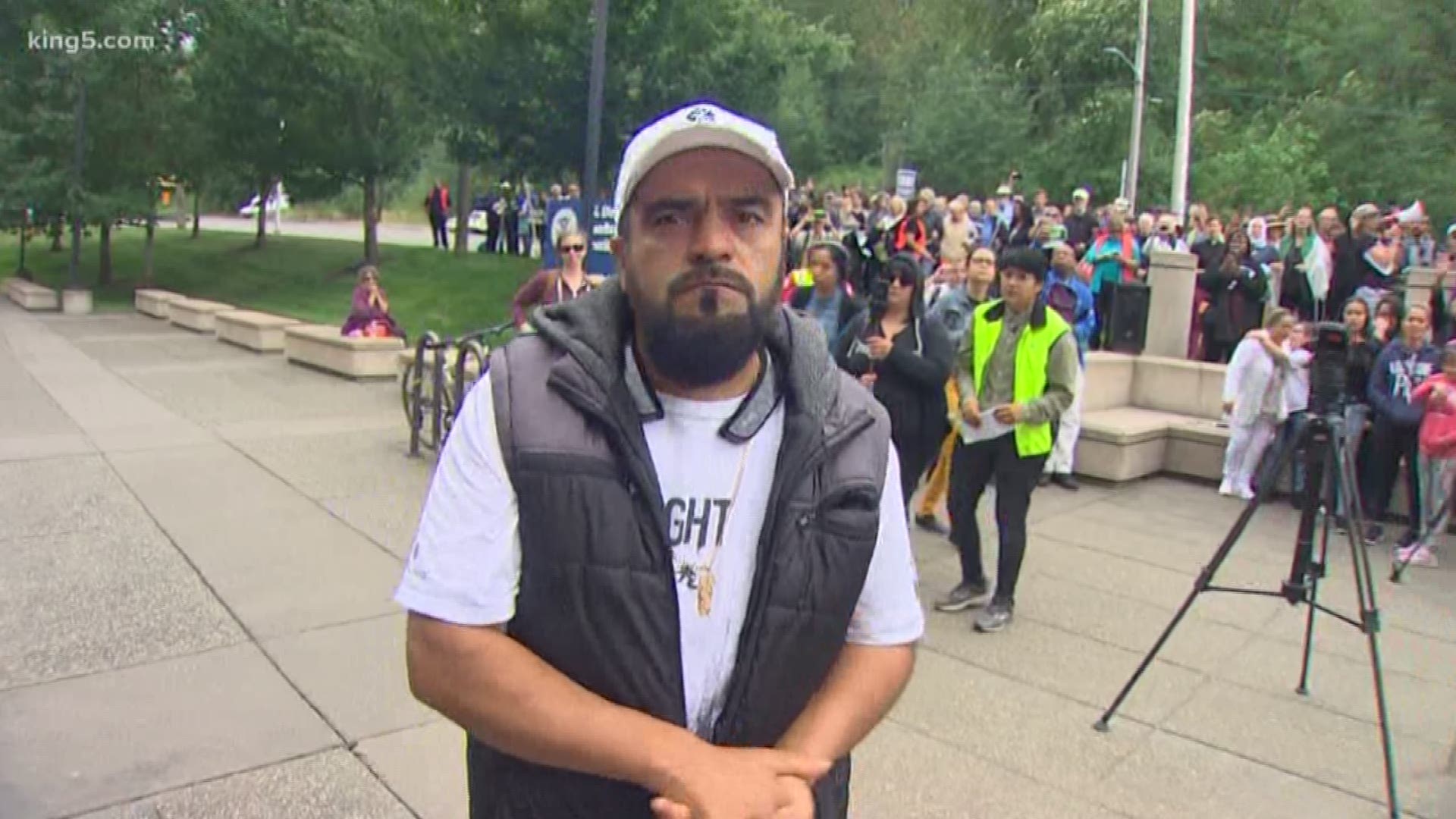 A man who took shelter in Gethsemane Lutheran Church in downtown Seattle for more than a year to avoid deportation to Mexico was detained by ICE Wednesday.

Jose Robles, a father of three, was joined by supporters Wednesday as he went to the ICE and U.S. Citizenship and Immigration Services (USCIS) building on Tukwila International Blvd. in Seattle to request a stay of deportation.

Robles will be held at the Northwest Detention Center in Tacoma.

Sandy Restrepo, Robles’ attorney and co-founder of Colectiva Legal, said they were assured that he would not be deported right away. Restrepo said Robles will have a chance at bond but worries his time seeking sanctuary could lead a judge to consider him a flight risk.

Robles was ordered deported in 2013 following two arrests in a misdemeanor domestic violence cases that were later dismissed, The Seattle Times reported.

Robles entered sanctuary in 2018 instead of boarding a flight to Mexico and didn’t leave the church until Wednesday, July 16. His case began years ago after several traffic violations.

The arrest prompted protests from a crowd of supporters who had accompanied Jose Robles, 44, to ICE offices. His wife and two of his daughters, the youngest of whom is a U.S. citizen, joined Robles, who has lived in the U.S. for nearly 20 years.

An ICE policy on ‘sensitive locations’ allowed Robles to stay at the church. The guidance directs agents not conduct enforcement actions at health care facilities, places of worship, funerals and weddings, and public demonstrations unless there are extenuating circumstances.

Robles’ legal team believes he qualifies for a U-visa, which is intended for victims of violent crimes that cooperate with police. Robles was assaulted during a robbery, but Lakewood Police would not certify his application. The city of Lakewood has repeatedly said it cannot discuss the specifics of Jose’s case.

Last Thursday, supporters came together on his behalf to keep him in the United State with his family.

“I can say that I’m not afraid to go, but I am afraid,” Robles said through his attorney on Thursday. “And I don’t want to leave my family here with debts and not my support. Which is why I need the support of you all.”

Restrepo stressed that Robles was never convicted of domestic violence and said he got counseling after the second case.

"Jose has made mistakes," his lawyer said, adding that he's a "huge part" of his family's life.