A man from New York was killed and several others injured after a Marriott Hotel shuttle bus rolled over in a crash Thursday afternoon. 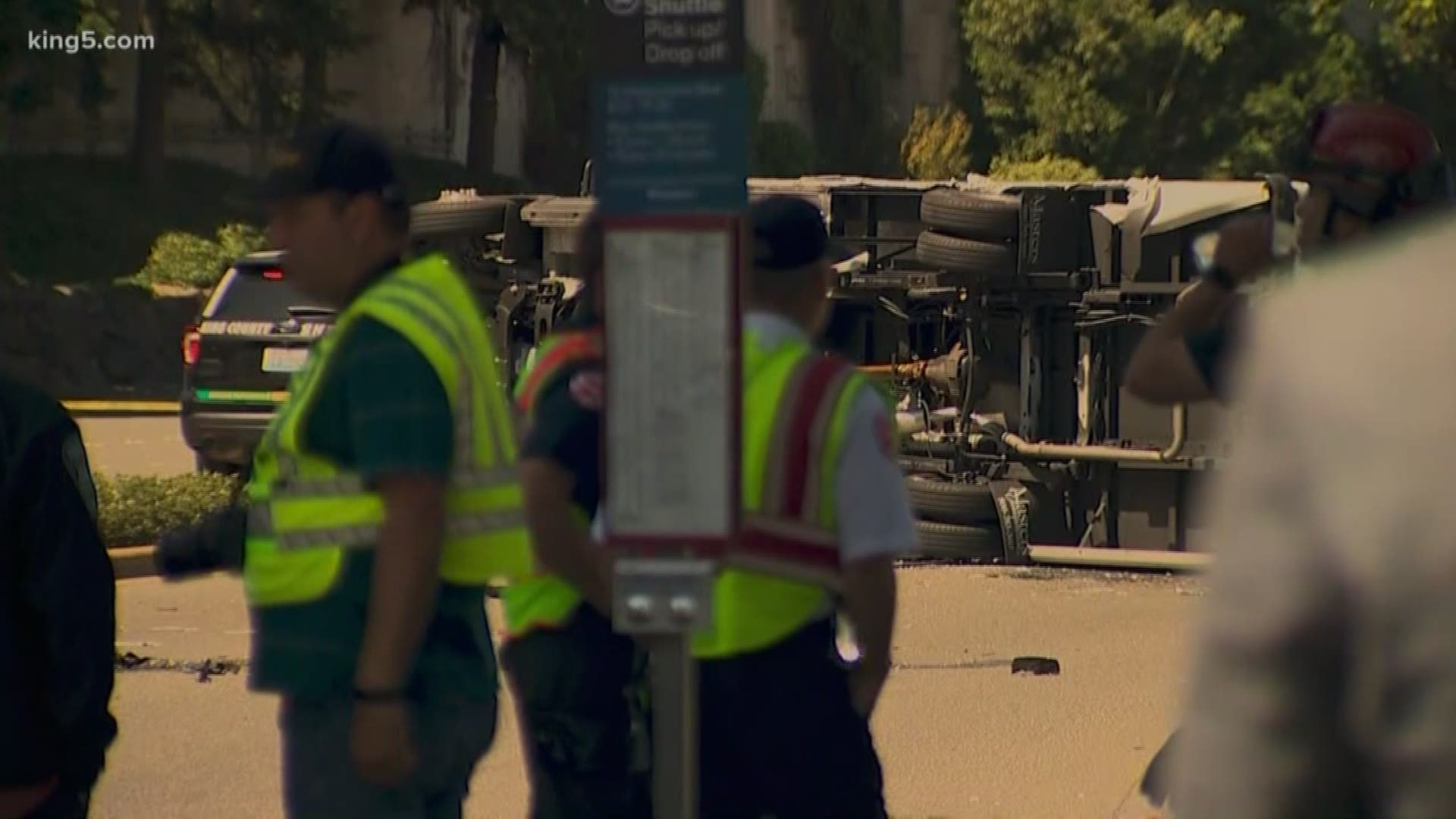 SEATAC, Wash. — A 45-year-old man was killed after a Marriott Hotel shuttle was involved in a crash on International Boulevard Thursday afternoon in SeaTac.

The crash happened on International Boulevard and South 176th Street around 1 p.m.

King County Sheriff's Sgt. Cindi Sampson said the shuttle bus was driving northbound on International Boulevard when a black BMW traveling southbound crossed over the median and hit the bus, causing it to roll onto its side.

Several patients were outside of the bus when aid crews arrived. Sampson said it is unknown if they were ejected from the shuttle or if they exited the shuttle after the crash.

The King County Sheriff’s Office said the shuttle had seat belts installed, but it is unknown if any of the passengers were wearing them at the time of the crash. 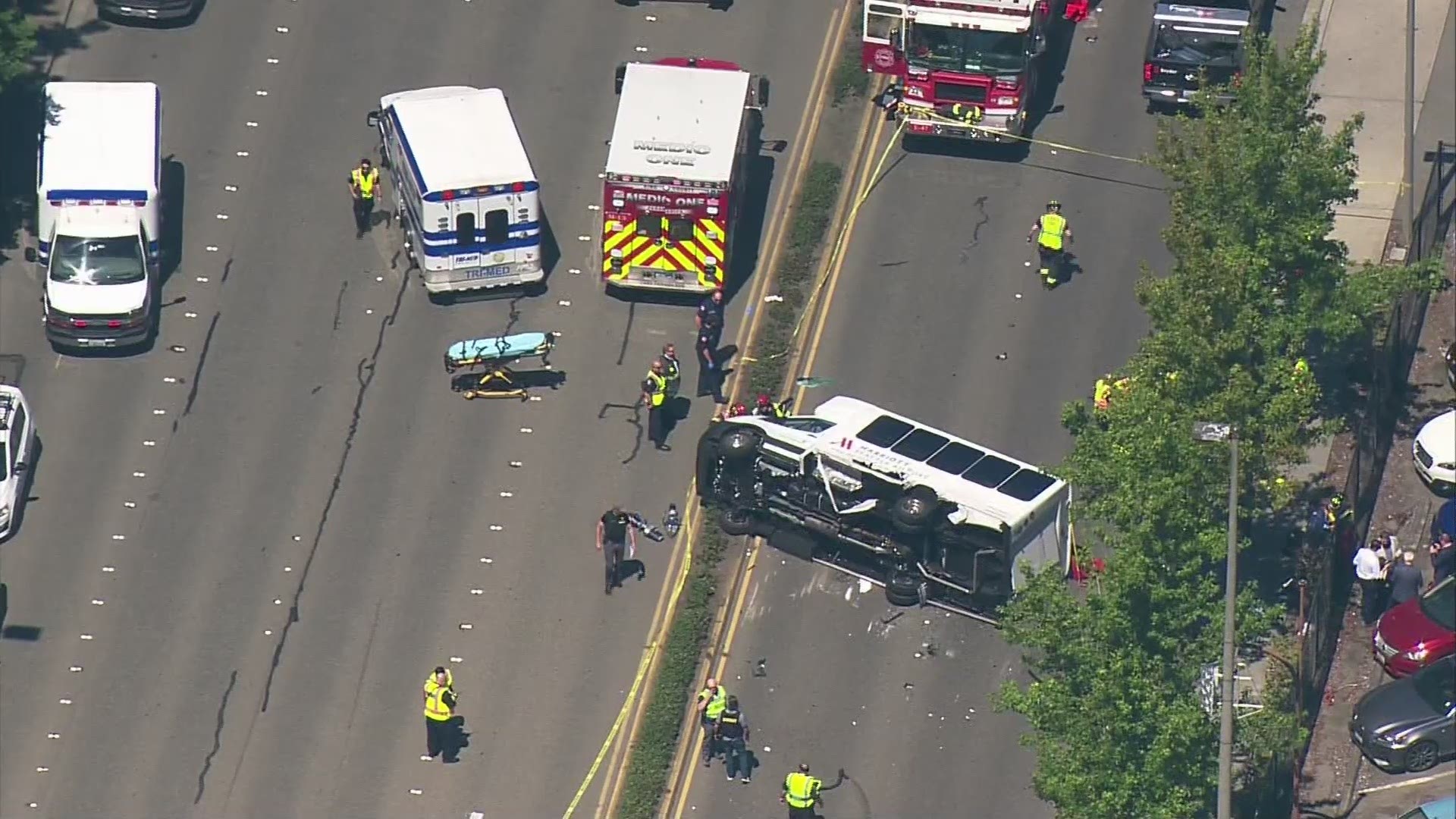 Bob Schrader, general manager of Marriott Hotel at Seatac, said, “Our team is deeply saddened by the accident, keeping those involved in our thoughts and prayers. I can’t say anything else regarding this, as it is an open investigation by the authorities.”

Some people in the area were shocked by what happened.

"We were here for a conference and I saw all of the traffic backed up and the cops and all of that. And then you see the police tape. It is a little bit shocking,” said Mitchell Cunningham.

Oliver Olivier works near the airport. He watched as police and firefighters responded to the crash.

"It is sad for the life of the innocent guy who got killed," said Olivier

Multiple agencies responded to the scene, and police will investigate, according to South King Fire. The King County Sheriff's Major Accident Response Team is investigating.

All lanes of International Boulevard were closed for several hours before opening around 5 p.m. 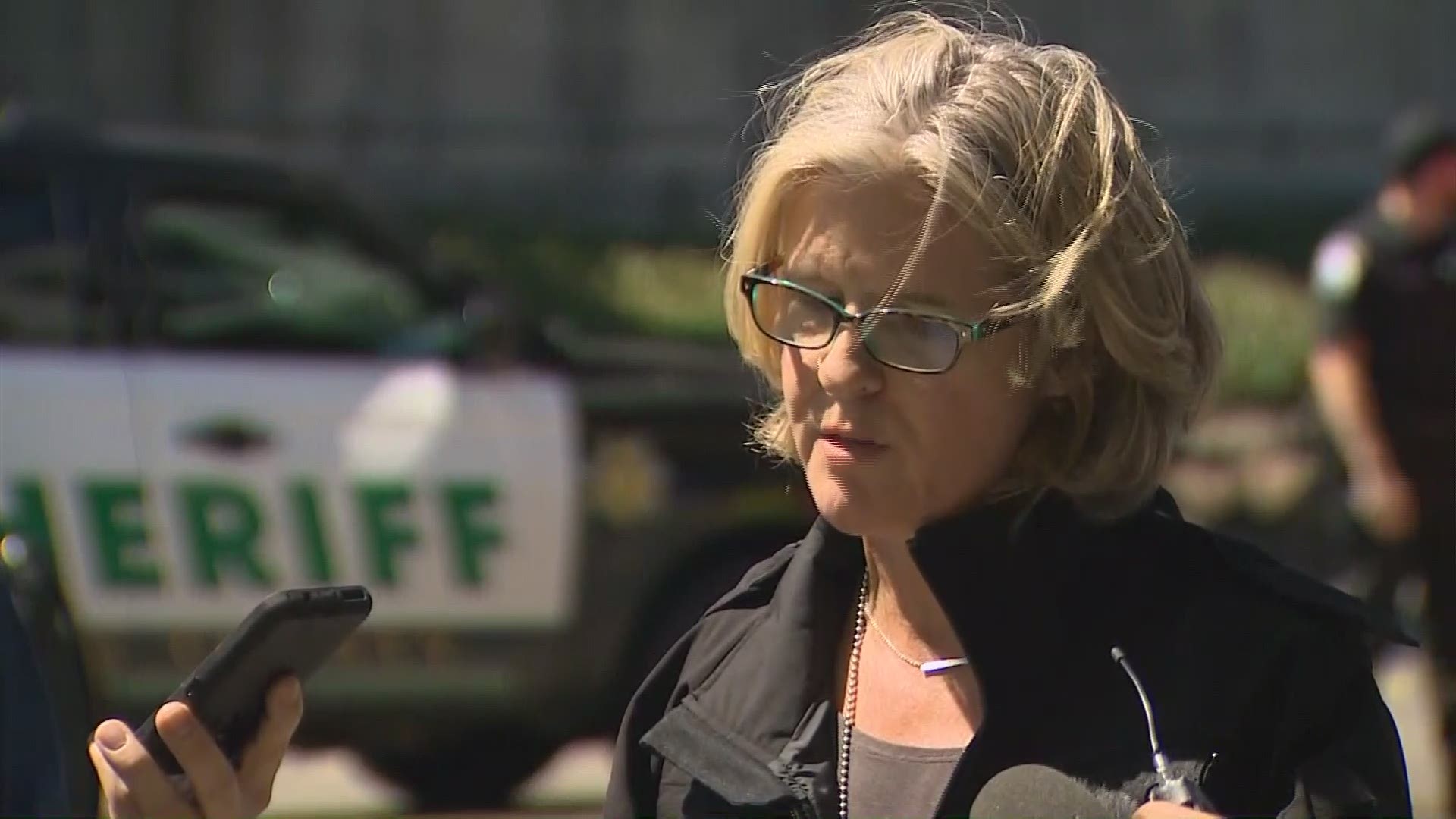