King County Sheriff officials said the 21-year-old man lost his life while helping another person get to shore from the Green River. 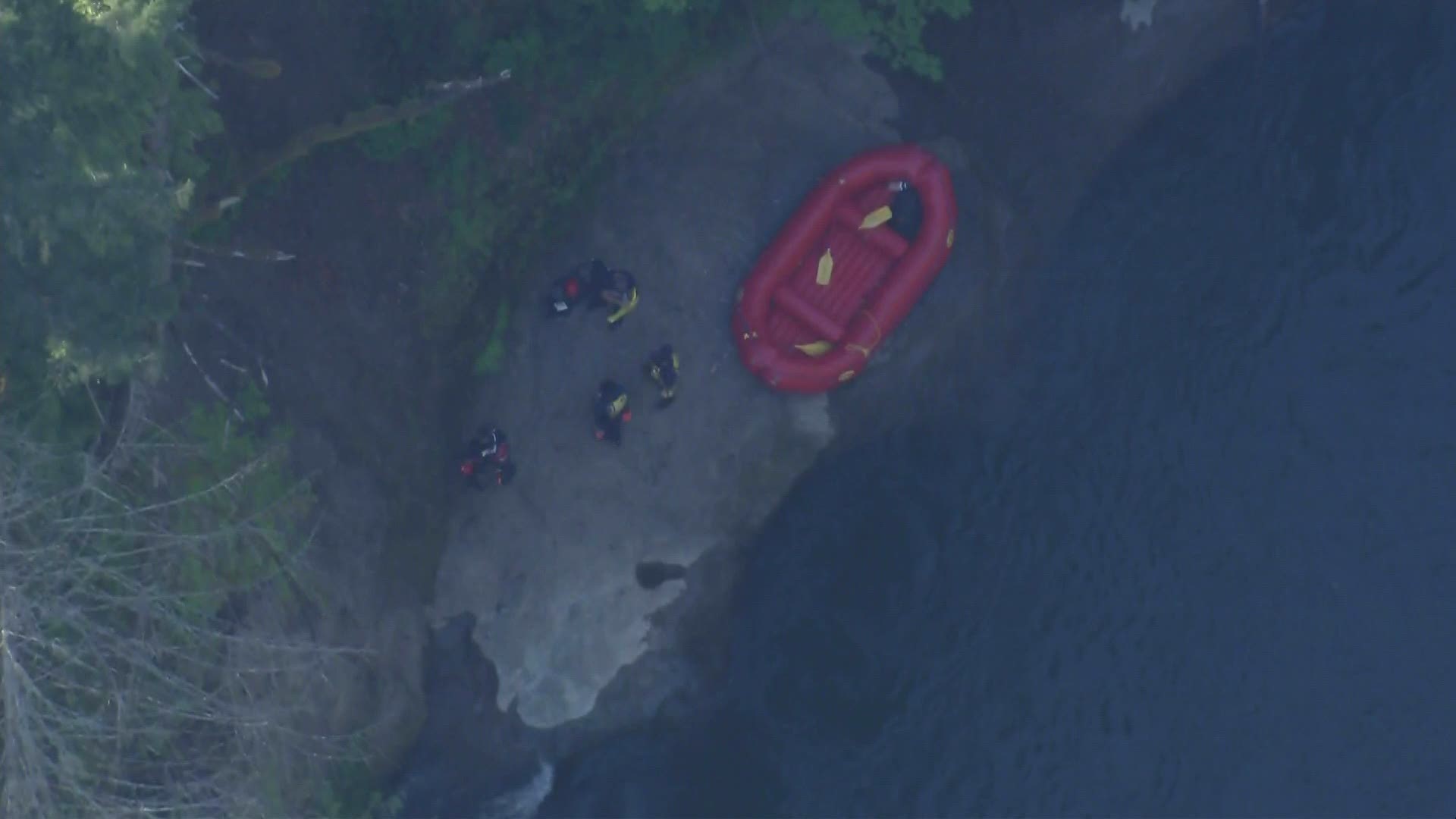 KING COUNTY, Wash. — A 21-year-old man is dead after helping rescue his girlfriend from the Green River in King County on Friday afternoon.

Emergency crews responded to the river around 3:30 p.m. Friday after getting reports that someone had fallen into the river.

According to the King County Sheriff's Office, the man's girlfriend somehow ended up in the river and he jumped in to rescue her. Bystanders were nearby and were able to help get her to shore, but they weren't able to get the man out of the river.

Sheriff officials confirmed just before 7 p.m. that they had recovered the man's body from the river.

His identity has not been released.

It's still unclear exactly what the man and his girlfriend were doing along the river, but sheriff officials said Washington's lakes and rivers remain very cold and urged people to use caution in or around the water.

This is a developing story and will be updated when more information becomes available.