The man arrested, who has not yet been charged, is accused of pulling a gun on another customer who told the man to "put on a mask like the rest of us." 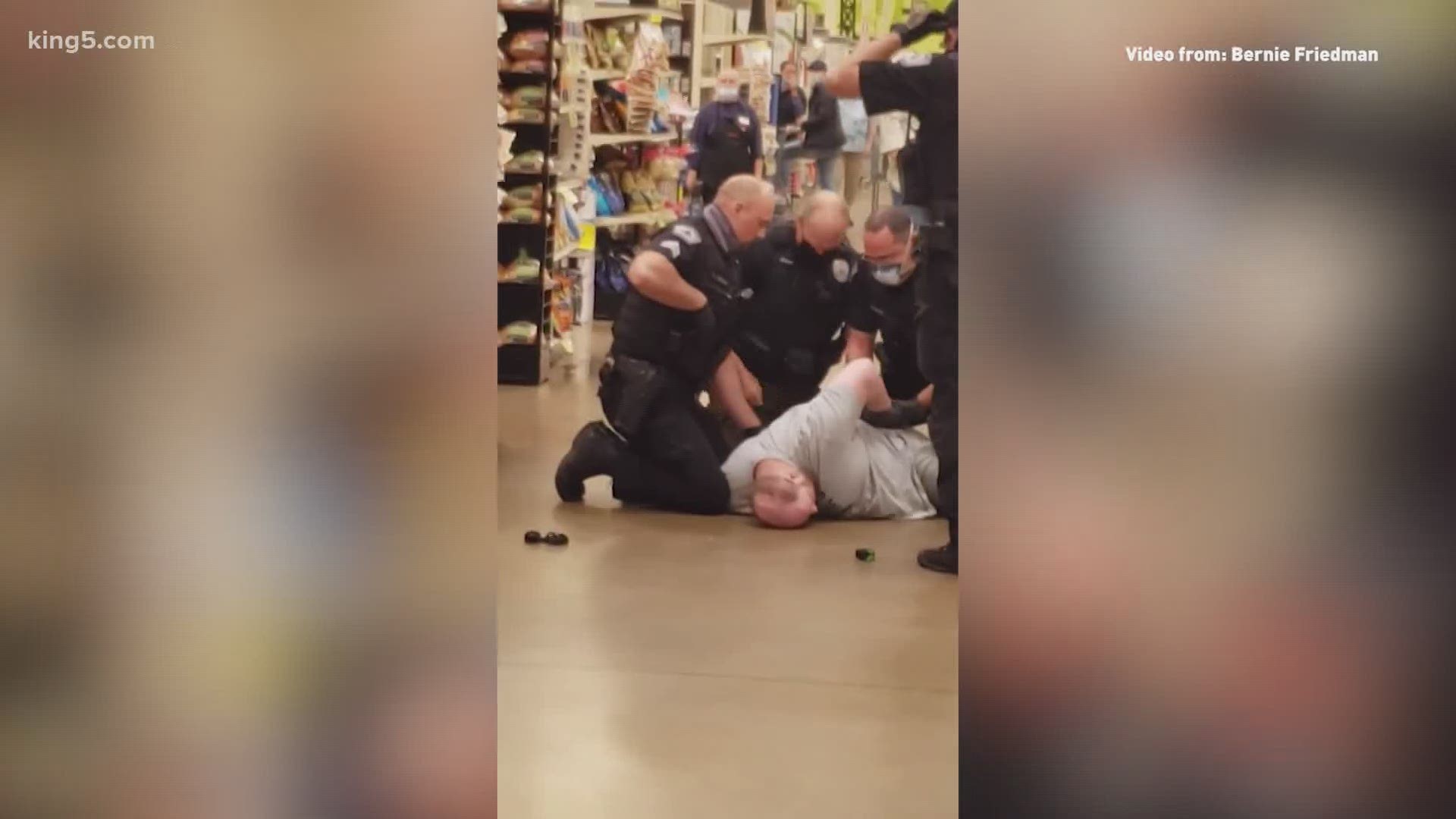 TUMWATER, Wash. — A man allegedly pulled a gun on another customer over being asked to wear a face mask at a Fred Meyer in Tumwater this week, according to the Thurston County Prosecutor's Office.

The incident happened on Thursday.

According to court documents, the man arrested, who has not yet been charged, is accused of pulling a gun on another customer who told the man to "put on a mask like the rest of us."

The victim was told to "back off" by the man after his comment but they continued to argue. The man ultimately pulled out a gun and pointed it towards the victim's chest and again told him to back off or he would shoot him, court documents said.

The court documents also said the man arrested dismissed the idea of coronavirus, calling it a hoax and saying he wasn't going to wear a mask.

Tumwater police arrived at the Fred Meyer to find the man still in the store shopping. Officers asked him to turn over his gun "for the safety" of those in the store, court documents said.

When the man refused, several officers wrestled with him on the ground and got the gun away from him. At that same time, some other customers started filming.

"The five seconds before that it was a little bit more struggling going on with the man on the floor as the police tried to get him under control,” said Bernie Friedman, who began filming and shared his video with KING 5.

Friedman said he gave the video to Tumwater police and answered their questions. He said he believes the messages regarding coronavirus have been confusing but said at his age he’s fine with being careful.

“If we can all be safe and beat this COVID thing by wearing a mask, then I think we should wear a mask,” he said.

But Friedman also said the victim, in this case, should have left it alone.

"When I see people not wearing a mask, I just socially distant myself from them I don’t want to get in a debate with anyone about it," he said.

Thurston County Prosecutors said possible charges for the man could include assault and resisting arrest.

In a statement to KING 5, a Fred Meyer spokesperson said, "At Fred Meyer, our top priority is the safety of our associates and customers. During this unfortunate event we are thankful nobody was injured. We are working in full cooperation with local law enforcement."