The man was also fired from his job. The city of Issaquah's mayor also reacted to the video, saying that "racism has no place in our community." 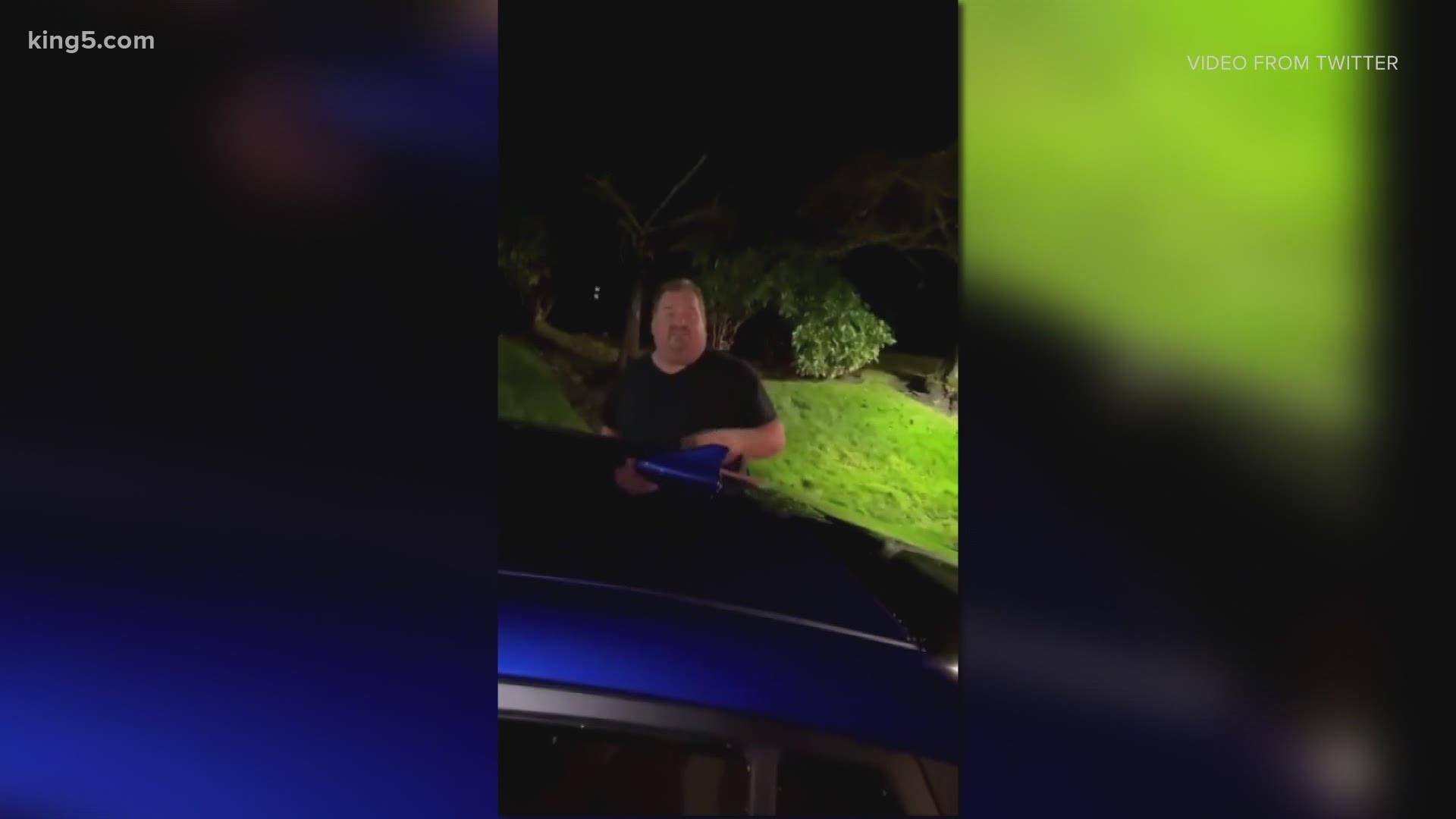 ISSAQUAH, Wash. — A Sammamish man was banned from using Lyft after he was recorded going on a racist tirade against a driver.

The driver, who didn’t respond to requests for comment, posted the footage on social media. The recording begins with all parties outside of the car.

In the video, the man repeatedly yells at the driver, shouting racist terms at him. The woman he’s with – who is also recording – tells him to stop.

The driver can be heard in the video telling the passengers to wear their masks. Towards the end of the video, the man threatens to urinate in the driver's car. 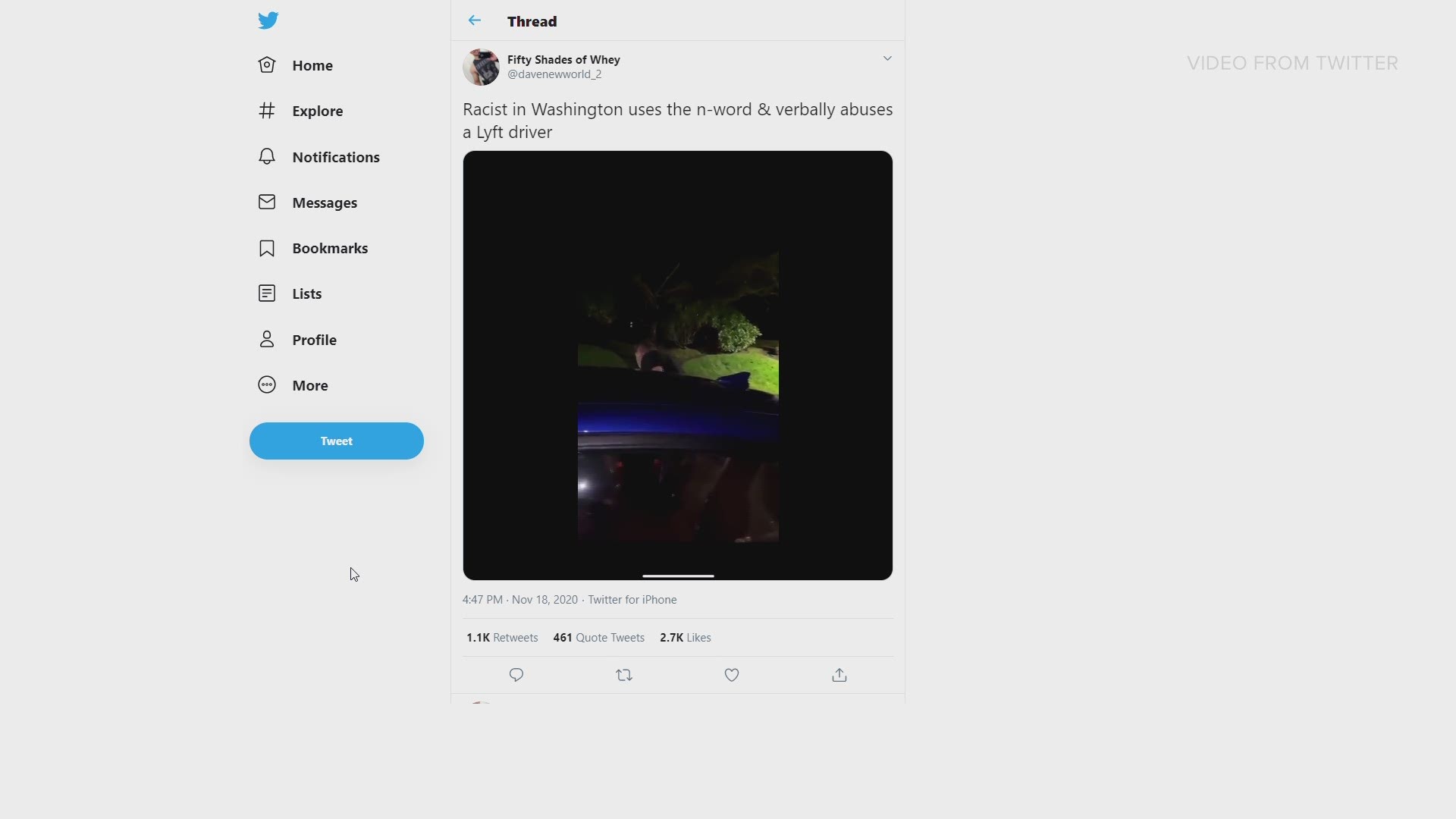 In a statement, Lyft said they have permanently banned the rider, noting racism would not be tolerated. The man’s employer also posted on Facebook saying he had been fired.

Issaquah police told KING 5 that, at this time, no police report has been filed.

In a tweet she said, "Let me make it clear: Racism has no place in our community. We must all respect each other (and #MaskUp, Issaquah)."

Let me make it clear: Racism has no place in our community. We must all respect each other (and #MaskUp, Issaquah). Here’s how we’re committed to equity: https://t.co/Fh2EZjKrVt.