If a handful of office workers decided to strike, drivers and dispatchers with Recology could walk off the job in solidarity. 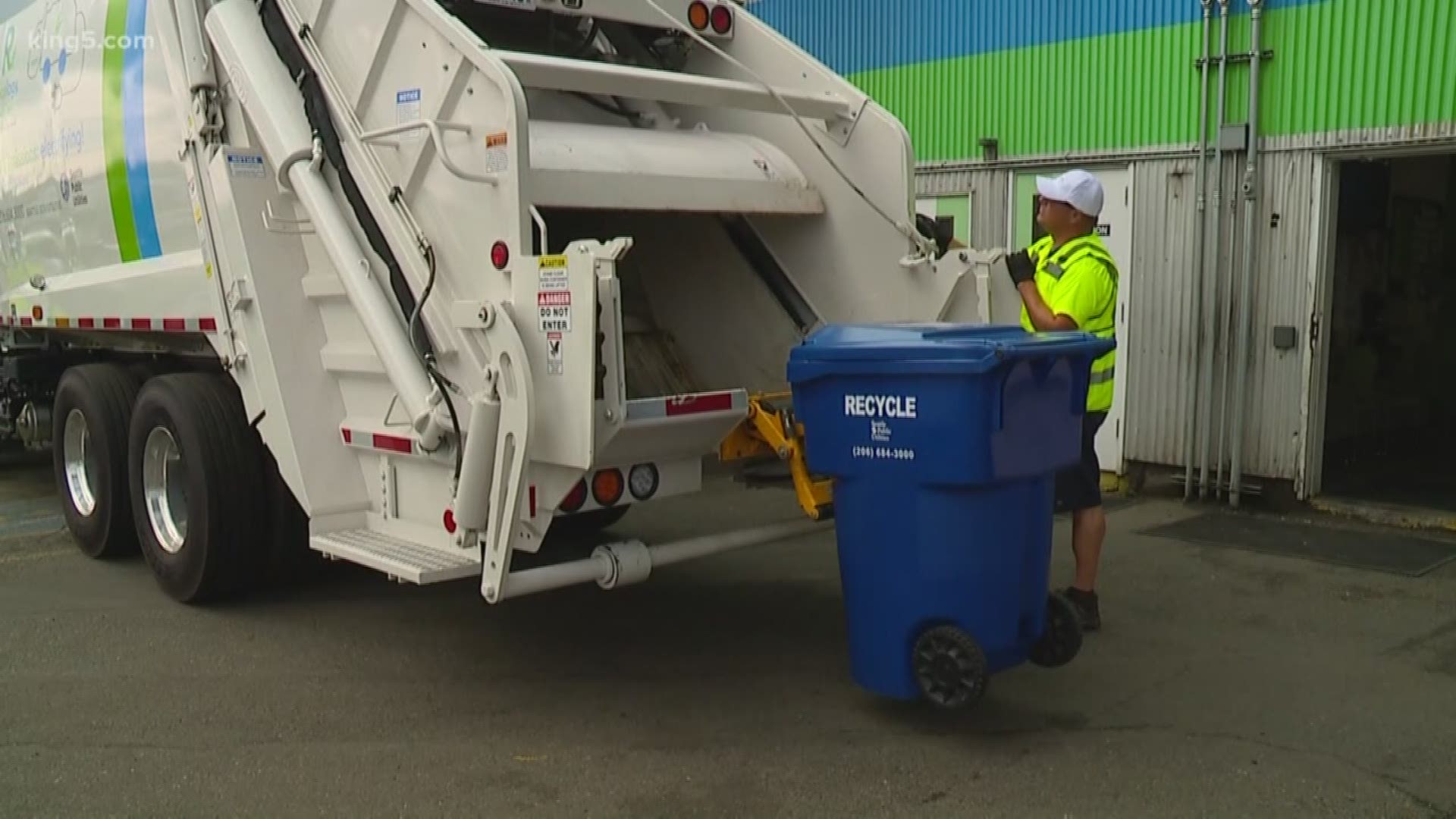 Six data specialists working at the recycling company Recology voted to authorize a strike. They are being represented by Teamsters Local 174, the same union that represents drivers and dispatchers at Recology's Seattle branch.

However, as of Friday, Teamsters Local 174 said they have reached a "fully-recommended offer" from company management, likely averting a strike.

"We have excellent news! After meeting with company management today, Teamsters Local 174 and Recology have reached a fully-recommended offer. Recology did the right thing and stepped up to meet our members' needs. The offer will be voted on by the members next week, and it appears a strike has been averted. Thank you everyone for your support!" Teamsters Local 174 posted on Facebook.

Jamie Fleming is from Teamsters Local 174 and said the data specialists recently voted to join 174, which already represents the drivers and dispatchers the company uses for its fleet servicing King County.

"They are negotiating their first contract," said Fleming of the data specialists. "Recology made it clear they didn't intend to cooperate or treat these employees fairly, so they had an authorized vote to strike and can strike at any time."

The workers argue they were not being treated as well as the other 230 members of Teamsters Local 174 that work with Recology.

If those six employees had gone on strike, Fleming said the drivers, dispatchers, and other employees at Recology could refuse to cross the picket line and walk off the job in solidarity.

Without those employees, customers would surely see service disruptions.

"We are pleased to have reached this point in the process and we look forward to continuing to provide excellent service to our customers," said Recology general manager Kevin Kelly.