A staple Fife burger restaurant could be in jeopardy if Sound Transit chooses to build a light rail line along Pacific Highway East. 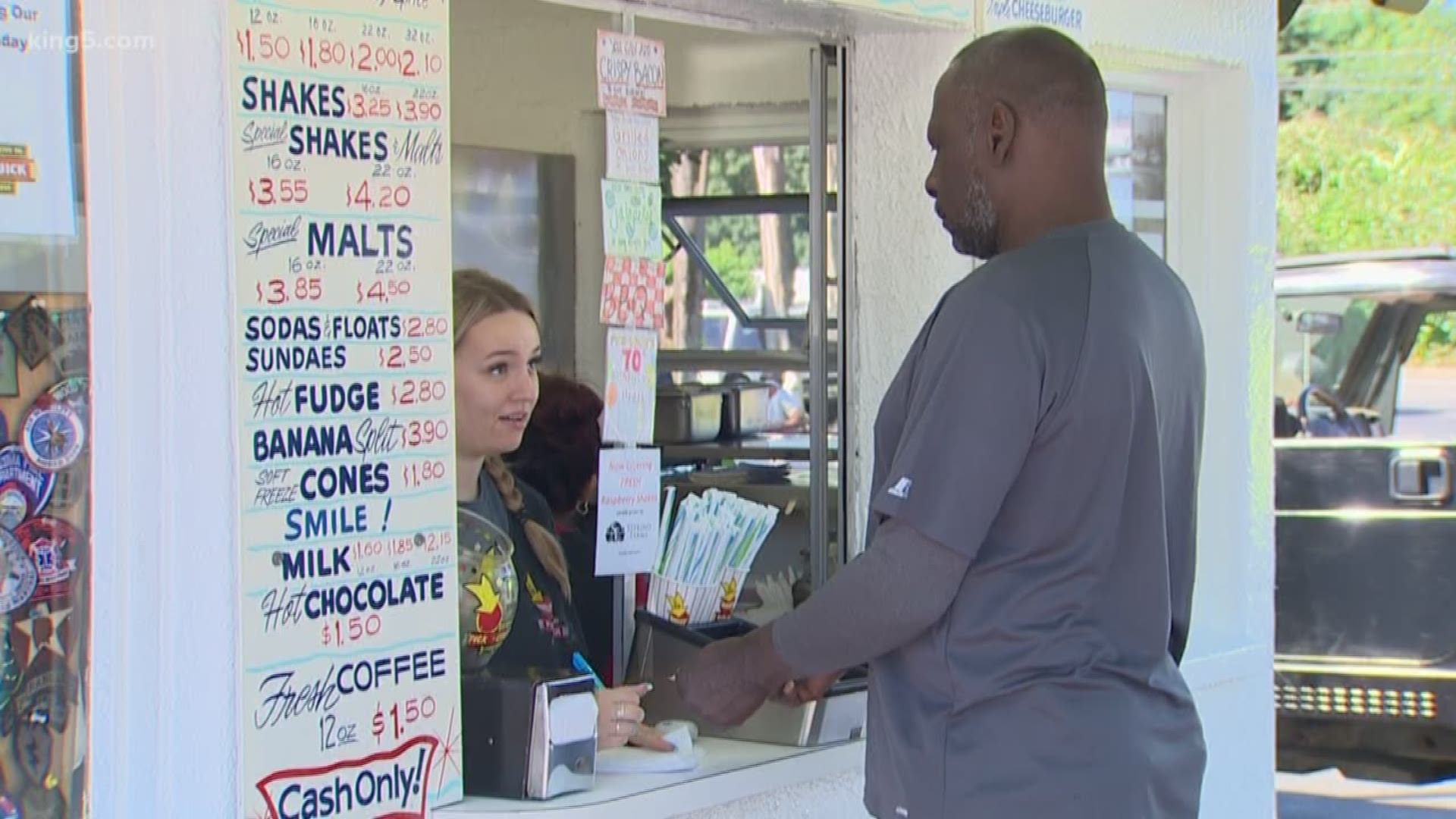 FIFE, Wash. — In Fife, longtime business owners are worried about their future if the new light rail tracks are built along Pacific Highway East.

"There's no way we could operate during construction or even post construction," said Dan Nelson, owner the Pick-Quick Drive In.

The Pick-Quick is entering its 70th year in operation. It's a local favorite for customers craving the famous “made to order burgers” and “hand-made” milk shakes.

Sound Transit released its preferred options for light rail stations and a route from Federal Way to Tacoma, including through Fife. The agency’s preferred route in Fife follows State Route 99 to a station north of 15th Street East.

The agency will also look at another route that follows Interstate 5 in an environmental impact statement before it makes its final decision. The board plans to pick a design in 2022, according to Sound Transit.

"When Sound Transit decides they are coming to your town, you don't have an option to tell them no," Nelson said.

The City of Fife also has a say in which alignment will be selected. Fife Mayor Kim Roscoe, who is also a Sound Transit board member, says the city is happy both alternatives will be studied, and this is all a work in progress.

"For Fife, the key is to work together to discover opportunities and find the common ground, not just for today but into the future as well," Roscoe said.

RELATED: Above ground or below? Tacoma group wants say in light rail project