Longer trains will be added to U-Link expansion

By Monday, a third car will be added to every other train. 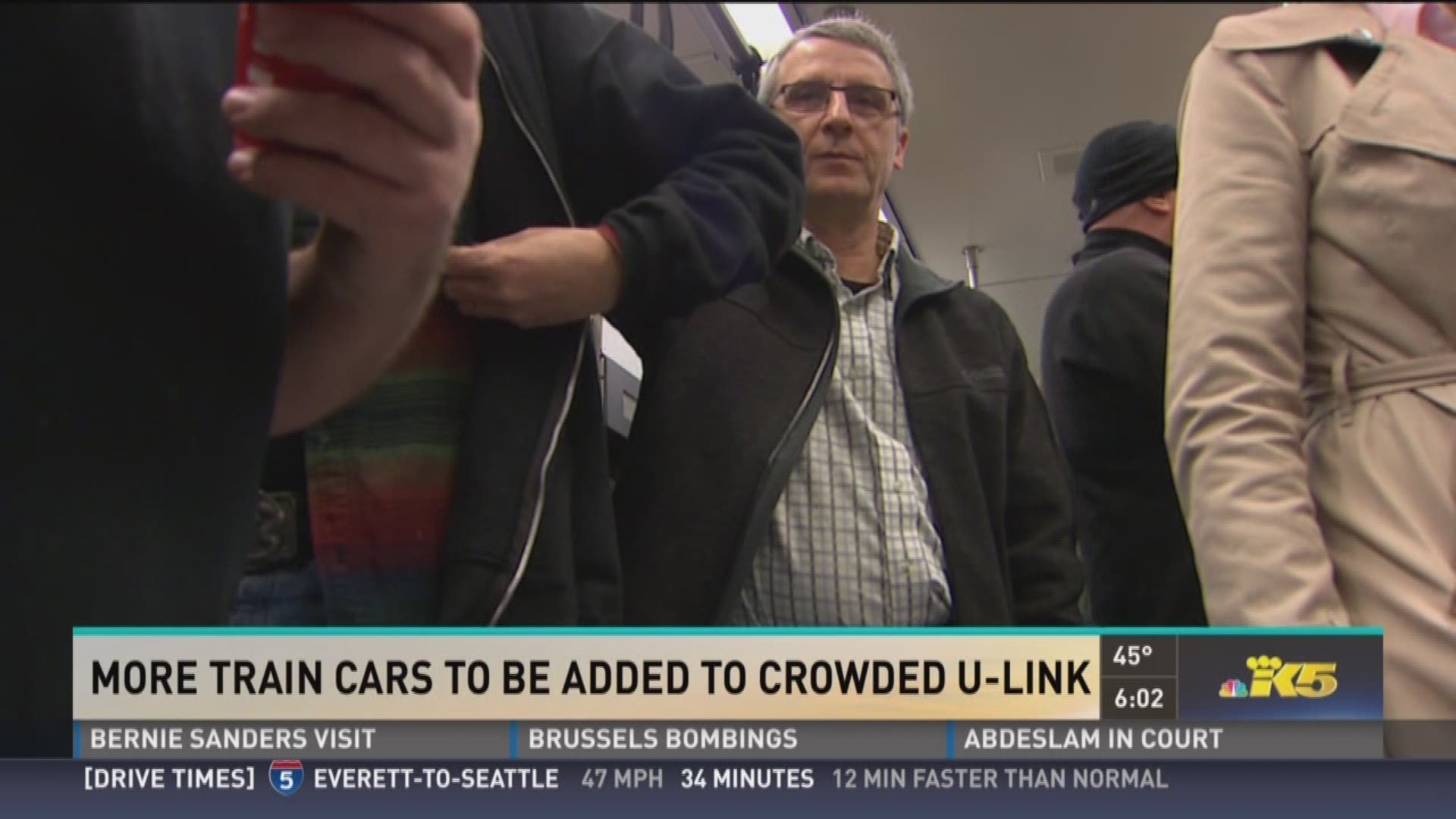 The new U-Link expansion opened last week. Currently, two-car trains that hold up to 300 people run in and out of the stations roughly every ten minutes. By Monday, a third car will be added to every other train.

Ever since the U-Link's opening day, the new stations have been a hit, according to Sound Transit. The Seattle Times reports 67,000 passengers traveled along the full 19-mile light rail corridor on the first day of expanded service north of downtown.

The large crowds have continued throughout the week, even with UW students on Spring Break. Officials believe the stations will only get busier.

Adding one car per every other train will allow up to 150 additional passengers on the U-Link extension roughly every 20 minutes.

On Monday, Metro Transit’s changed bus routes will start to feed more people to the new U-Link rail stations to continue their commutes from the north end to downtown Seattle.

Sound Transit says riders should not be surprised to find standing room only during peak travel times.