Locking mailboxes are helping SeaTac homeowners deter thieves, thanks to one determined neighbor. 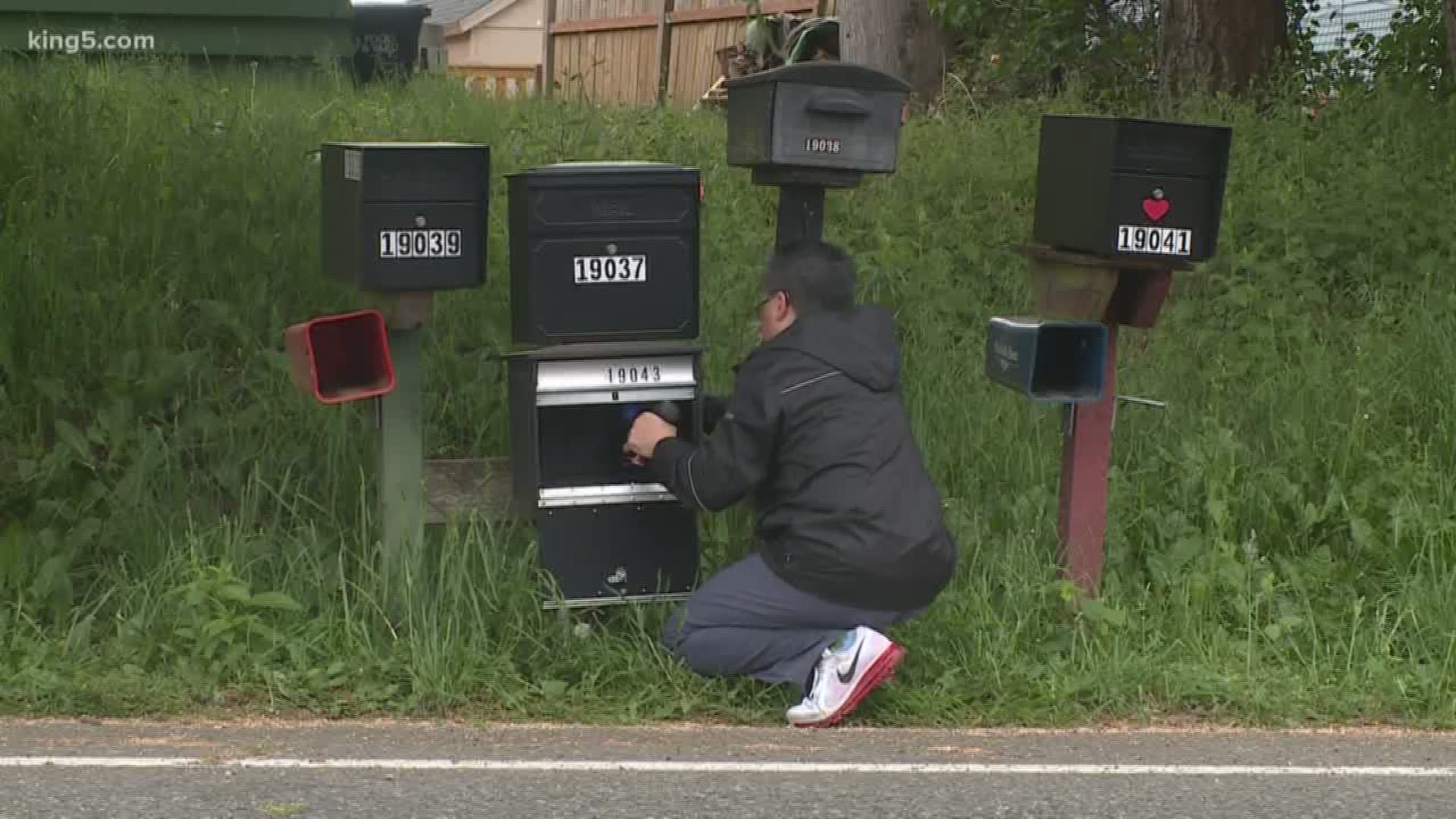 Mail theft is a persistent annoyance in many neighborhoods, but the City of SeaTac seems to have found a solution. One determined neighbor is locking mailboxes to help deter thieves.

Officially, Peter Kwon is a SeaTac city council member. On the streets, he's the mailbox guy.

After noticing mail scattered on the ground in his neighborhood, Kwon decided to buy locking boxes in bulk and then sell them to homeowners with no markup. They cost $115 each, and he installs them for free. Kwon says he does not make any money off of the sales.

“Now folks in Burien and Tukwila and Des Moines and Normandy Park and all the way down to Federal Way and all the way up to Shoreline have been calling me about this,” Kwon said.

“We're thinking about making a big statue of him in front of city hall holding a mailbox,” said Doug Hill, who lives in SeaTac.

Hill and his neighbors can't say enough good things about their Kwon, who is known for his commitment to stopping mail theft.

“I’ve had several gift cards that never got here,” said Dorothy Greeno, who has lived in her SeaTac home for 36 years. She said mail theft has increased in recent years.

“This is probably, I'm going to guess, 518, or so,” Kwon said while installing a box for Greeno.

His colleagues at city hall took notice and recently voted to take over the mailbox effort. The city will purchase several boxes and then sell them to residents for the bulk rate, which is cheaper than retail prices. A city worker will install the boxes for free.

“If that’s the first line of defense and it works, we as a city will be a safer community,” Hill said.

Check the SeaTac city website for more information. A formal program should roll out in the next few weeks.