Tim Oshie's son, TJ, who won the Stanley Cup in 2018, shared the news of his father's passing on Twitter Tuesday saying, "Heaven received a legend today." 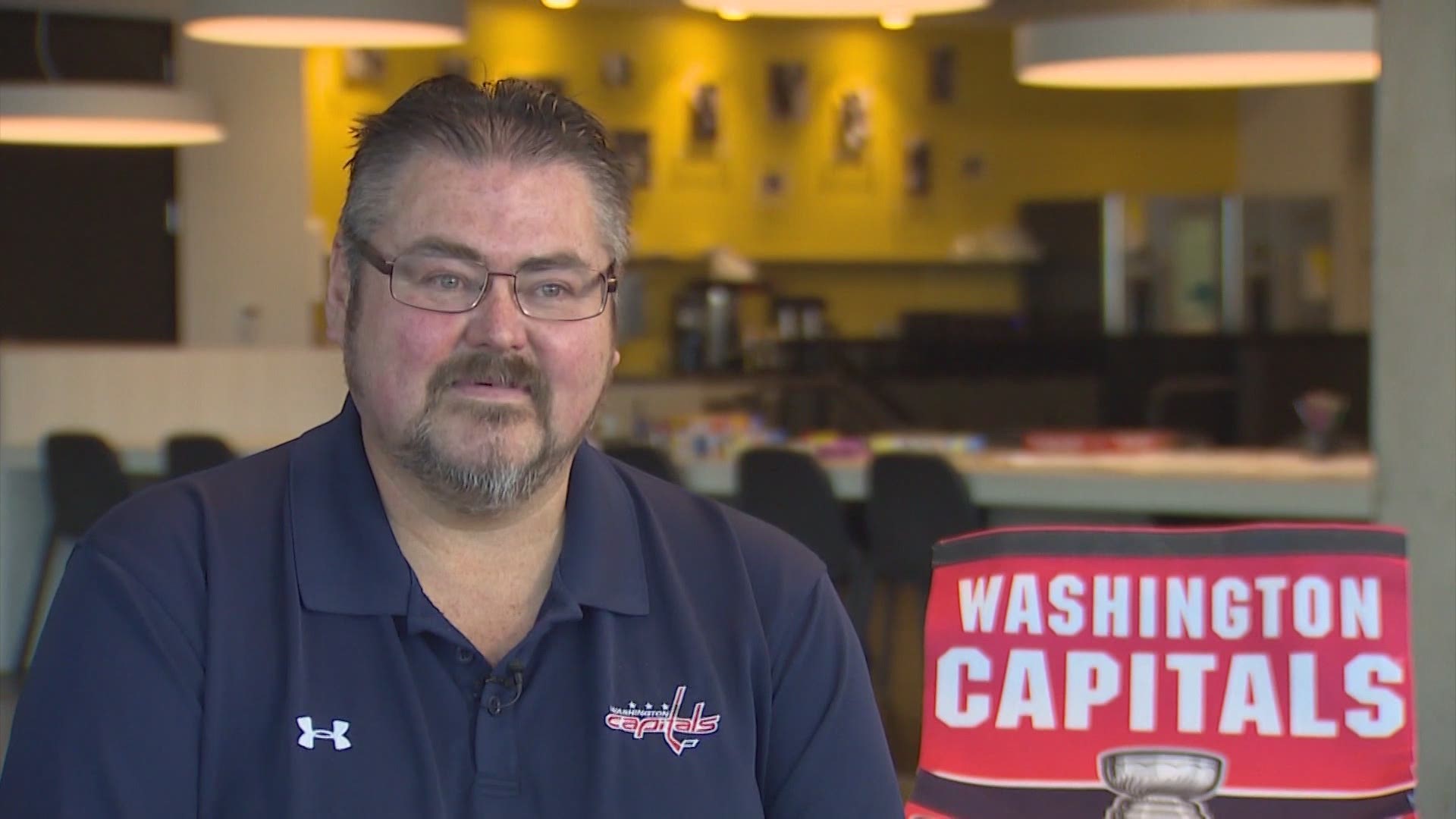 MOUNTLAKE TERRACE, Wash. — He was battling a debilitating disease, but it never appeared to wipe the smile off Tim Oshie's face.

It was the grin that any proud father would know. The grin that comes from years of sacrifices, and shuttles to practices and watching it all pay off.

It was also the smile of a naturally happy soul, who could light up the room, and did for years, at places like the Mountlake Terrace Olympic View Ice Arena.

"He was larger than life. He did things and made my kid's life better and I don't think that's why he did it, I think he did it because he loved it, and I think a lot of people that were kind of touched by his spirit, didn't even realize it," said Olympic View's Manager Ian Armstrong on Tuesday.

This is where Tim became "Coach Osh," leading the Seattle Juniors, and where his son TJ grew on the ice, too.

It was his son who also shared the news many had feared for years, after Tim was diagnosed with early onset Alzheimer's disease.

The Washington Capitals star tweeted Tuesday morning, "It’s with a heavy heart today that my family mourns the passing of my Dad “Coach Oshie.” Coach lived life to the fullest and was unanimously loved by everyone who met him. Thanks to all the family and friends for their support. Heaven received a legend today. #RIPCoachOsh."

The tweet, was accompanied by a picture of father and son, holding the Stanley Cup back in 2018, a moment Tim called, "probably the best day of my life."

The Oshie family confirmed that TJ left the Caps two days ago to fly to western Washington and was with his father when he passed early Tuesday morning.

Mike Murphy, a longtime family friend, and fellow coach with the Seattle Juniors told KING 5, "I want everybody to know coach lived his life to the fullest and was loved by everybody that ever got to know him. He will be missed greatly around here and simply cannot be replaced."

Armstrong lowered the flag to half staff outside Olympic View Tuesday, where there is a small shrine for TJ and Tim's family story.

"It's not the kind of thing that you can measure. Not measured in dollars, it's not measured in numbers, I just think that anybody that brings that kind of attitude and welcoming personality, and really loved the game itself and brought as many people into that game, as possible," said Armstrong, "He definitely really meant a lot to me, not just local to Seattle Juniors. He's got fans and people that appreciate him from coast to coast."