Dr. David Galas worked on a team that developed the technology 20 years ago. The tech will allow for test results in just minutes. 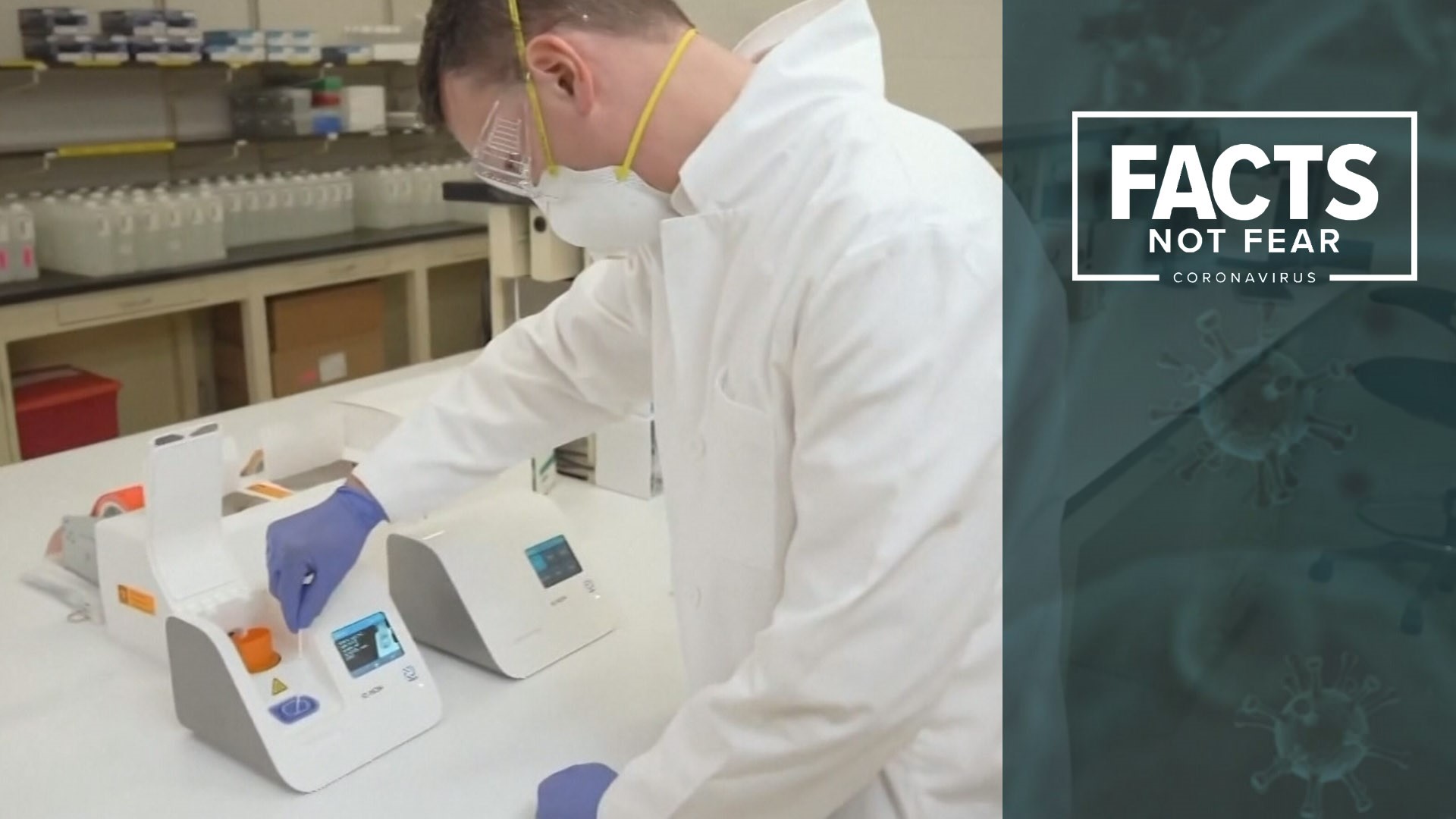 SEATTLE — Coronavirus (COVID-19) testing is expected to make a big leap forward this week as a new test will be released that can give results in as little as five minutes.

The Food and Drug Administration (FDA) has allowed Abbott Labs, a medical devices and health care company, to roll out the test. However, that test is based on technology from the early 2000s.

It could be a game-changer in fighting the virus, giving answers to a patient while they wait.

“It should be a very sensitive and very accurate test,” Researcher Dr. David Galas explained.

Galas is now with the Pacific Northwest Research Institute, but he’s quite familiar with the test because he worked on the research team that helped develop the technology behind it.

The test works by identifying a portion of the virus' RNA in the sample.

Galas’ team developed the concepts in a California research lab about 20 years ago. At the time, they were working with a grant to try and detect substances that might be used for bioterrorism like anthrax.

Eventually, those researchers sold the technology to another lab that was then taken over by Abbott Labs. Abbott Labs is producing the rapid test and hopes to eventually deliver 50,000 a day to medical providers.

Getting results doesn’t require a traditional lab setting -- it uses small, portable boxes that are about the size of a toaster. They've already been testing for illnesses like the flu and strep throat for years, and now it will be able to give a positive result for coronavirus in about five minutes and a negative result in just under 15 minutes.

Dr. Galas said beyond worried patients, it could be critical for researchers.

“To understand the way in which the virus spreads and to be able to model and understand what's going to happen, we need data and we need a lot of data and the United States has been way behind on getting enough data,” he explained.

Dr. Galas said it's gratifying to see the work become another tool in fighting the pandemic but also highlights how important it is for society to support research before it's needed.

“They were particularly interested in it for a bio-terrorism issue but it could have been funded for entirely other reasons it was the basic work that was supported that made the difference,” he said.