Vancouver Public Schools leaders are poised to vote to end the use of the Chieftain mascot that has been part of Columbia River High School for more than 50 years. 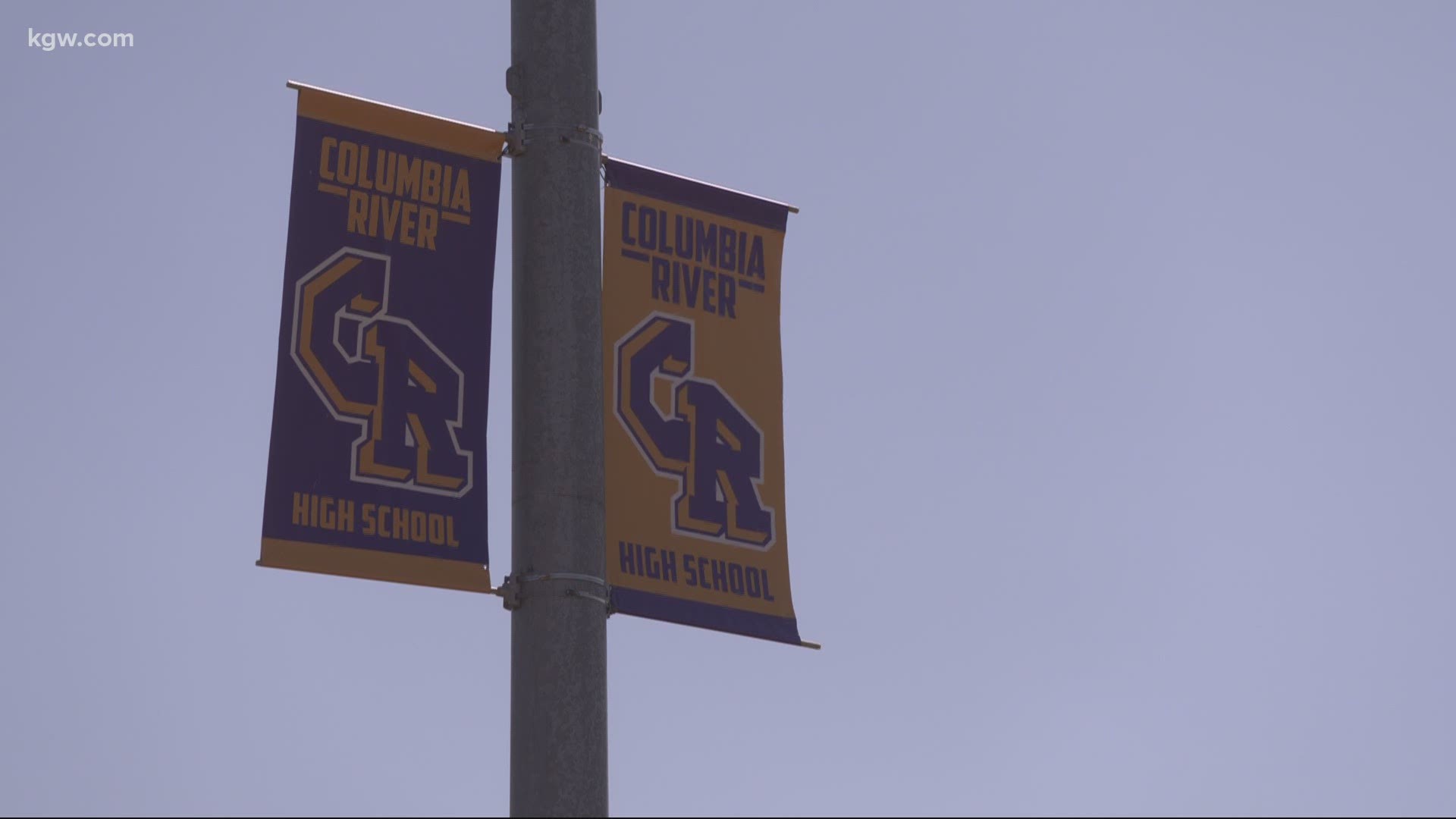 VANCOUVER, Wash. — After more than 50 years, it appears the Columbia River High School mascot is on its way out. The Vancouver Public Schools board is set to vote to get rid of the Chieftain name and image.

School board vice president Kathy Decker appreciates the history. But she will vote for mascot change after listening to local tribal leaders. Decker said the board is following their advice.

"For me and my fellow board members it is an easy vote," said Decker, referring to those who don’t want to see the mascot change. "Now, that's not to negate the fact that doing this causes a lot of people some angst."

Mike Iyall is a tribal council member and historian from Southwest Washington's Cowlitz Tribe. He favors a change in mascot, citing the difficulty the symbol has caused over the years.

"It hasn't always been a positive thing for the native kids, and so Chieftain is foreign, it's from another planet it wasn't born here," said Iyall, noting the fact that local tribes never had Chieftains, so the mascot is not historically accurate for the area.

Columbia River High School has a long history of school spirit, going back to 1962. But embracing the school spirit has been tough for some, especially Native American students. Kat McAllister, who graduated in 2019, is one of them.

McAllister was part of a student-led effort to change the mascot her senior year. It was one of several failed attempts over the last few decades. But the current push for social change renewed the effort.

"I hope that they put tons of education behind why it is changing, why it's coming to a resolution and why it was an issue to begin with," said McAllister.

It's fair to say, it's not an issue for everyone. Shyela Rocco also has Native American roots. Although she attended a different high school, she was a Chieftain cheerleader.

"Personally, I find it flattering, the Chieftain as a symbol. I think it's a really good representation of leadership," said Rocco.

Tribal leader Iyall said the recent push for social justice is serving as a catalyst for positive growth; that includes the school finding a new mascot to rally behind.

"Columbia River’s going to keep its name and its purple and gold. It’s just a chance for them to take another path.”

The school board is expected to vote in favor of the mascot change at its next meeting on Sept. 8. Then there will be a school-run process to find a new mascot for the school.