Over 80 schools across Western Washington will participate in a nationwide walkout protesting gun violence and honoring the victims of the deadly Florida school shooting. 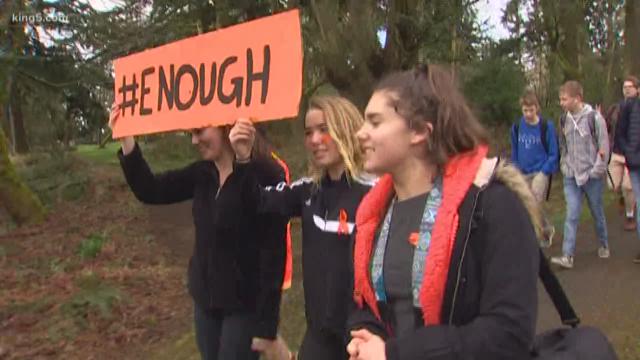 If viewing in the app, click here for live blog

Dozens of schools in Western Washington walked out of class Wednesday to protest gun violence one month after a deadly school shooting in Parkland, Florida.

Students across the country participated in the walkout to honor the 17 people killed at Marjory Stoneman Douglas High School.

Related: Citizen initiative on gun safety may be on horizon, Washington AG says

“Our young people are speaking out to reduce gun violence, and we should listen. Common sense gun laws protect our city, our neighborhoods, our schools, and our children. Students are demanding change, and we must act to fight gun violence together,” Mayor Durkan said. 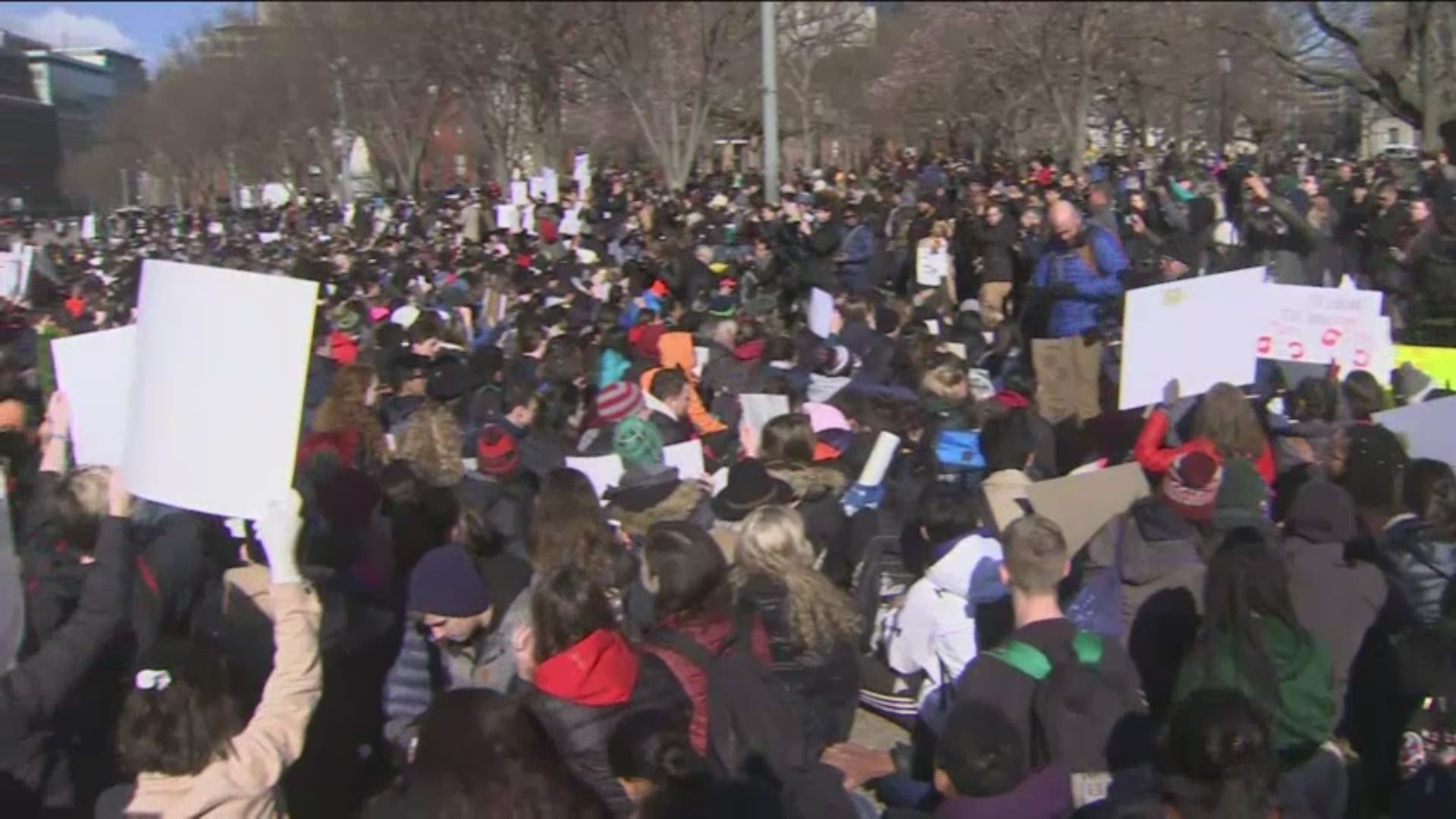