Lightning hits Edmonds ferry, putting it out of service

Lightning not only hit the M/V Puyallup, but also hit the overhead passenger loading ramp at the terminal. 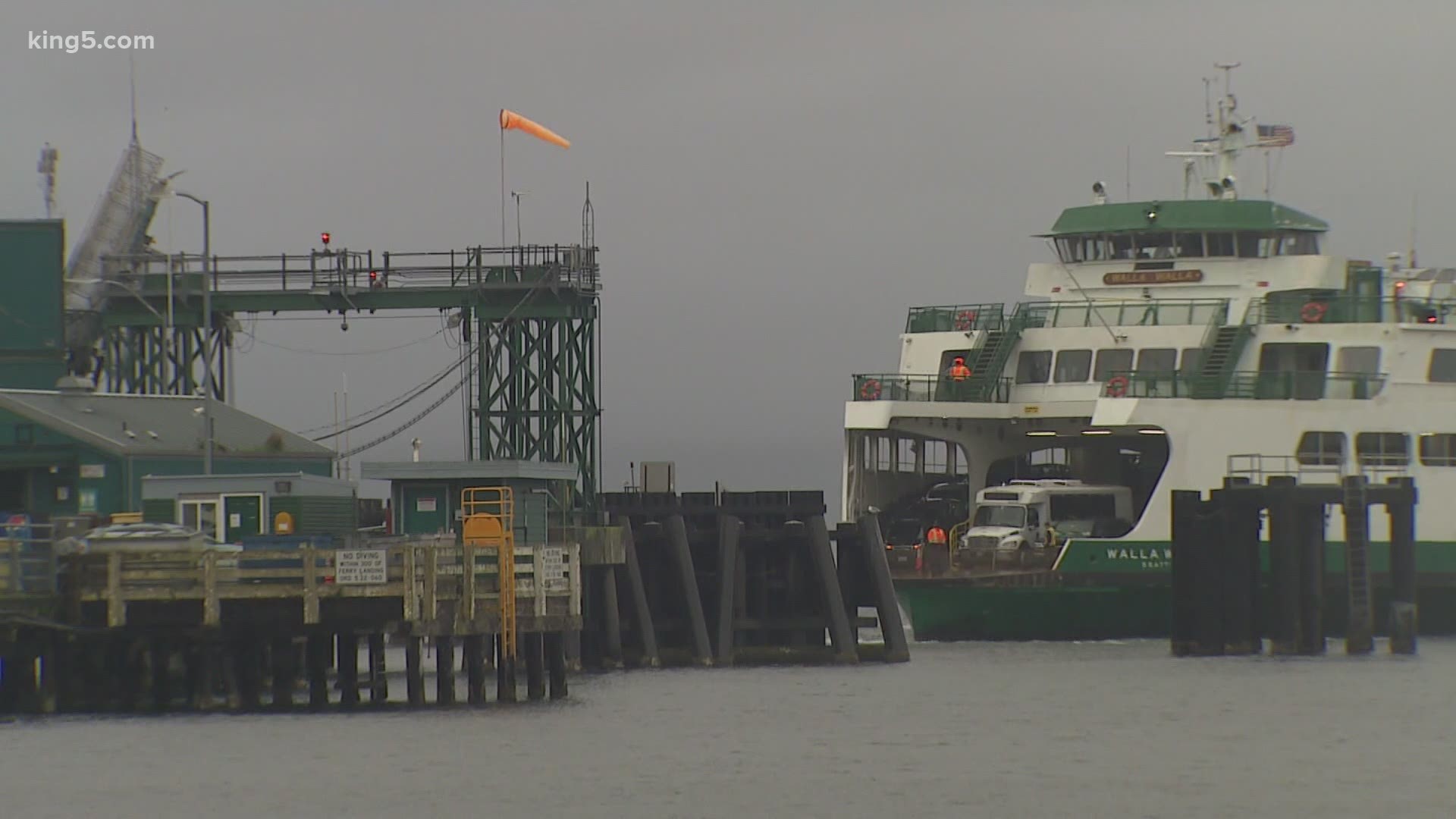 EDMONDS, Wash. — Lightning struck a ferry heading to Edmonds on Saturday night, putting the boat out of service.

According to a public information officer for Washington State Ferries (WSF), lightning not only hit the M/V Puyallup but also hit the overhead passenger loading ramp at the terminal at the same time. The lightning strike blew out at least one bulb in the terminal, and the light covers.

One employee was knocked off their feet from the force of the impact, according to WSF. That employee is OK.

The Edmonds/Kingston route is down to one-boat service until further notice. WSF said the M/V Walla Walla will run as the route’s vessel.

There were three-hour waits for a ferry in both Edmonds and Kingston on Sunday. WSF said some Edmonds/Kingston sailings Monday are canceled.

No word when services will resume as normal. Click here to check the latest ferry schedule and delays. 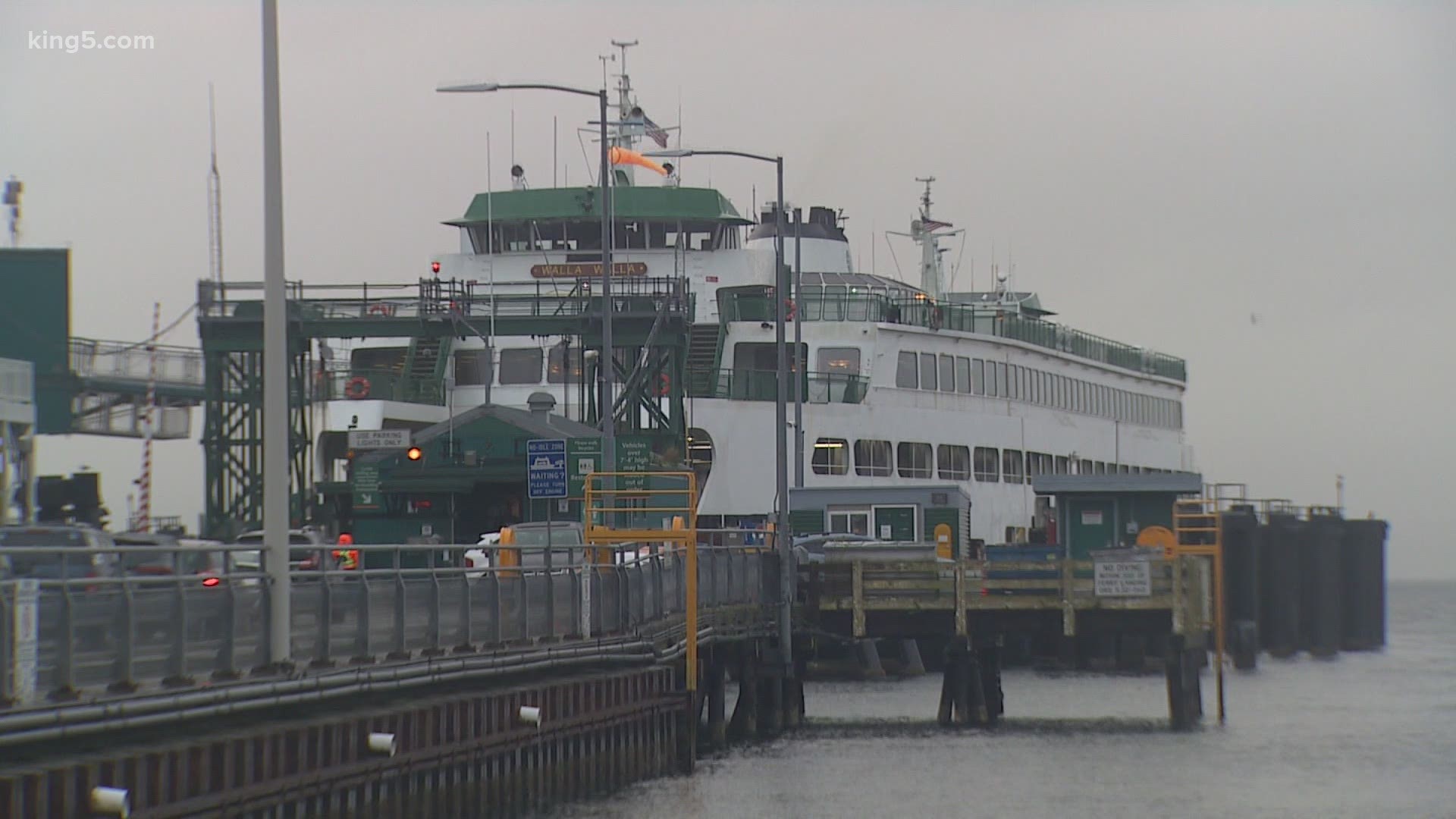