Life Flight began service out of Port Angeles this week. The organization will help get patients in remote areas to the hospital faster than other means. 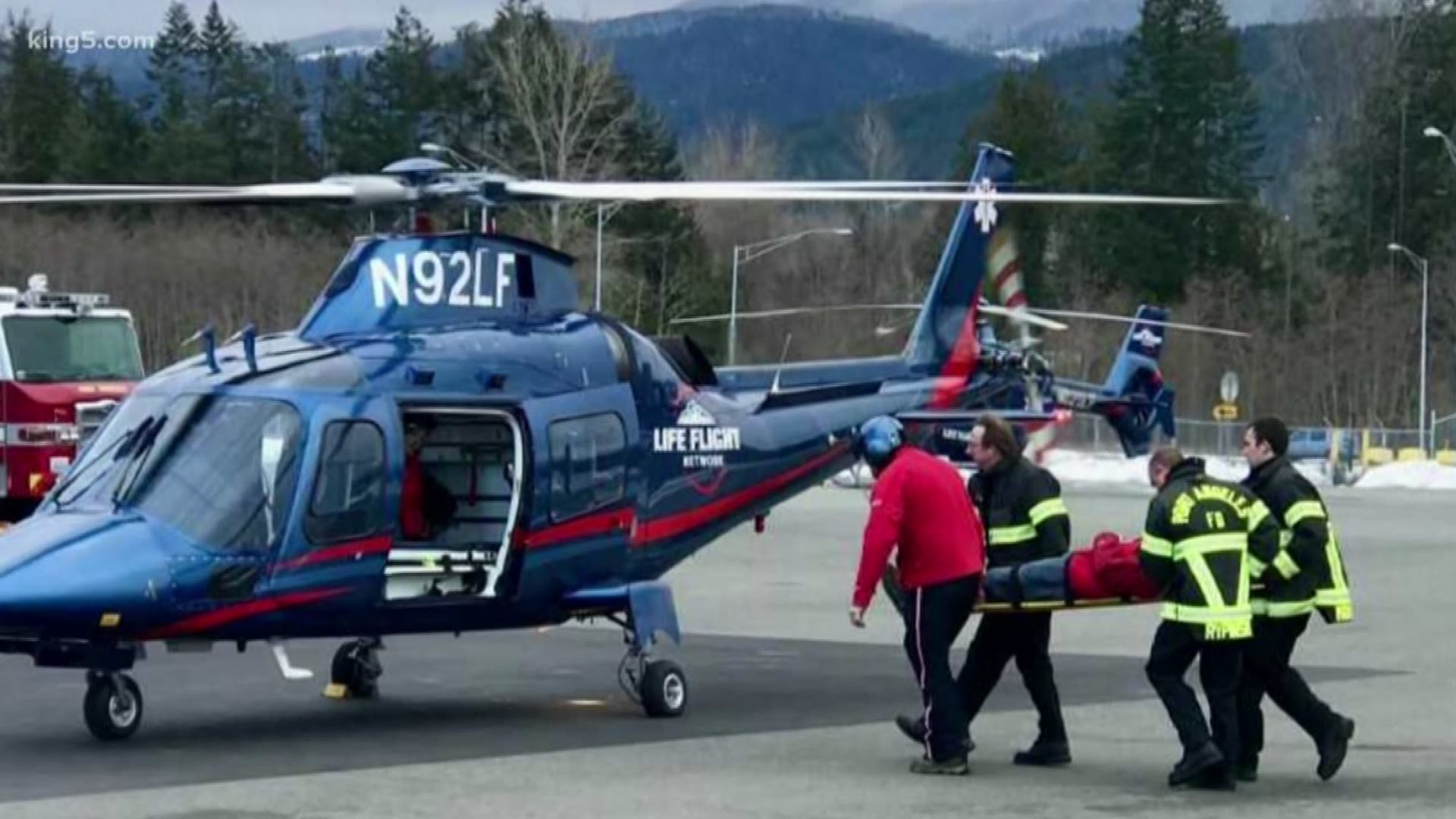 PORT ANGELES, Wash. — A potentially lifesaving helicopter ride just got a lot closer for thousands of people on the Olympic Peninsula.

Life Flight launched service out of Port Angeles on Tuesday.

On the northern tip of the Olympic Peninsula, surrounded by rugged terrain and remote towns, Port Angeles is the sort of place Life Flight was made for.

"The people here should feel really good about having this resource," said pilot Dan Travers.

The flying ambulances are located all over the Northwest, but this is the first for Clallam and Jefferson Counties.

The chopper flies at a top speed of 193 miles per hour and can fly at night and in most kinds of weather.

Until now, the closest airlifts came all the way from Bremerton or Arlington.

A flight from Forks to Port Angeles' Olympic Medical Center will now take just 40 minutes round trip as opposed to an additional 25 minutes for the helicopter from Bremerton. A trip to Harborview, the only level one trauma center in the our area, would take at least 2 ½ hours over land and sea instead of 30 minutes now.

Local firefighters spent this week training with the chopper doing "hot loads" where the goal is to load patients on or off the transport in less than 10 minutes with the rotors and engine still running.

"When you sustain serious trauma, a heart attack or stroke, every minute that goes by decreases your chance of survival," said Life Flight's Jacob Dalstra.

While the newly located helicopter is a welcome resource in this community, you never want to end up on one. A ride can cost up to $20,000. Life Flight, which is a not for profit organization, is offering family memberships for $65 per year.

"We really encourage this. Running this network is expensive," said Dalstra. "With the membership, there is no out of pocket expense for people."

The network also plans to station an airplane in Port Angeles to serve southeast Alaska. A date for that launch has not yet been released.