“I think he’d say they've got it wrong. That maybe their intentions are good, but they're seeing it in the same terms of the Confederate statues, which are used to oppress people. There's no comparison." 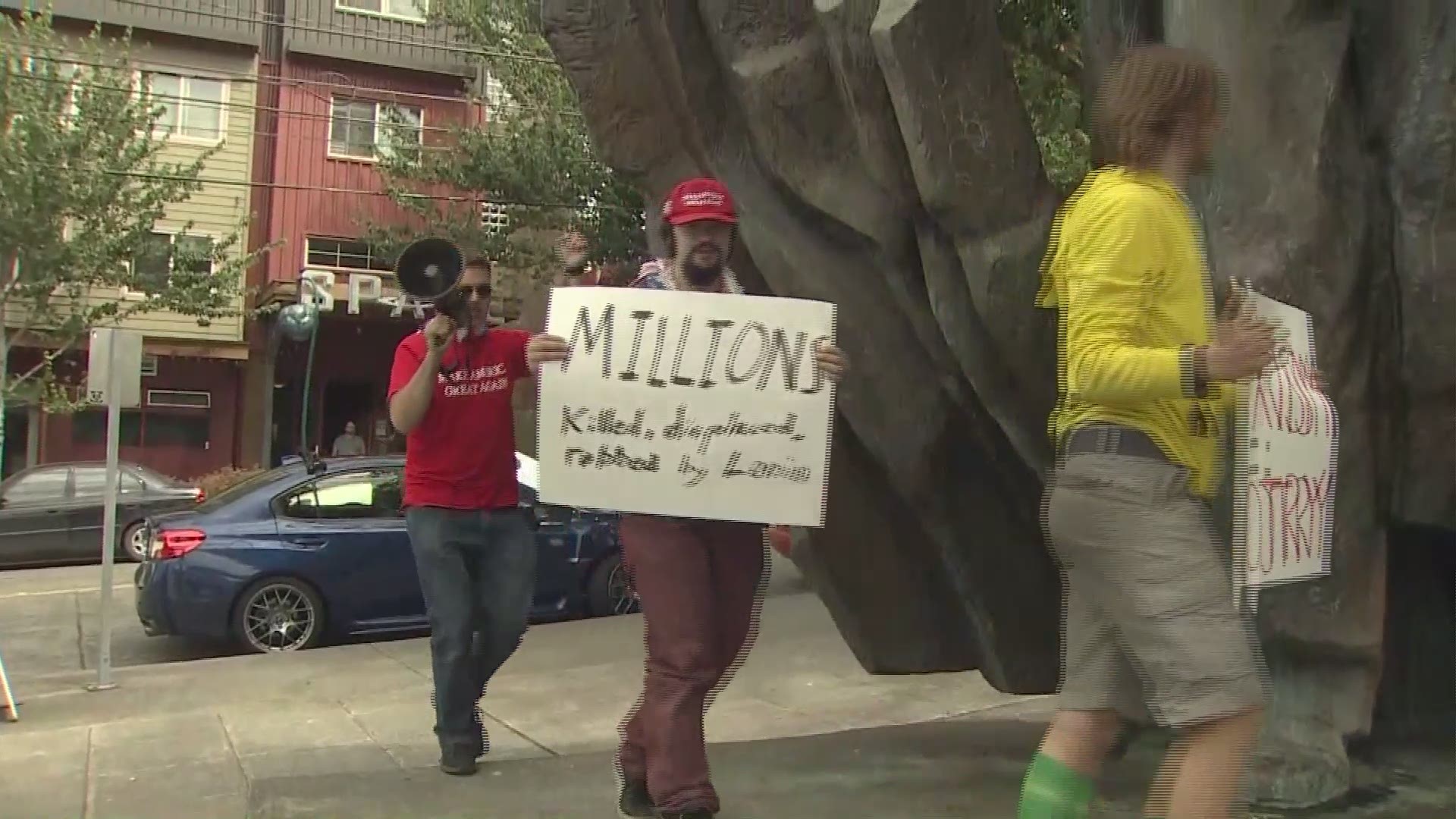 Art and injustice: it’s heated topic of debate across the United States. Seattle’s quirky Fremont neighborhood, which is home to a seven-ton statue of Vladimir Lenin, is now also home to controversy.

Some are demanding the statue’s removal, including Mayor Ed Murray.

“I think he’d say they've got it wrong. That maybe their intentions are good, but they're seeing it in the same terms of the Confederate statues, which are used to oppress people. There's no comparison. It is apples and oranges,” Fran Dodson said.

Dodson is the former wife of Lewis Carpenter, who bought and shipped the statue from Slovakia.

“You might say I helped him buy it,” Dodson said. “If you ask Lew why he did it, he'd say, for cookies, which for him meant for fun. He thought he was going to make a killing on it.”

The Issaquah man never flipped it for profit, but the couple did become good friends with artist Emil Venkov, who Dodson says was forced to forge the statue by the Communist Regime.

“He was commissioned, but he wanted to do it his way. They tried to argue with him, tell him how to do it, but he did it anyway. This was his silent protest against communism because it was oppressive,” Dodson said, explaining the statue has hidden messages intended by the artist to be symbols of resistance.

“What it does is it shows Lenin as not a benevolent dictator, but an aggressive dictator: stepping forward in an aggressive manner – whereas in other artworks he is often shown with children – and abstract rifles and flames shooting up from behind him, showing he was a violent man,” Dodson said.

Blood on the hands came at a later date and by someone other than Venkov.

“I look at the red paint that someone's added to his hand, posters on his backside. I've seen him in a tutu. I don't think he's respected here. I think he's ridiculed,” Dodson said, explaining her husband would love the protests and controversy happening today.

“I could see that happening,” Dodson said joking. “I think he could also enjoy the value of how it’s making people think.”

She hopes the statue will not be sold or moved because the family uses the statue to pay their respects to Carpenter, who died in a car crash in 1994.

Instead, Dodson hopes the smaller plaque can be placed next to the statue, explaining the artist’s intentions.