Bellevue police started chasing the suspect at about 10:30 a.m. after getting a call from the suspect's ex-girlfriend that he assaulted her. 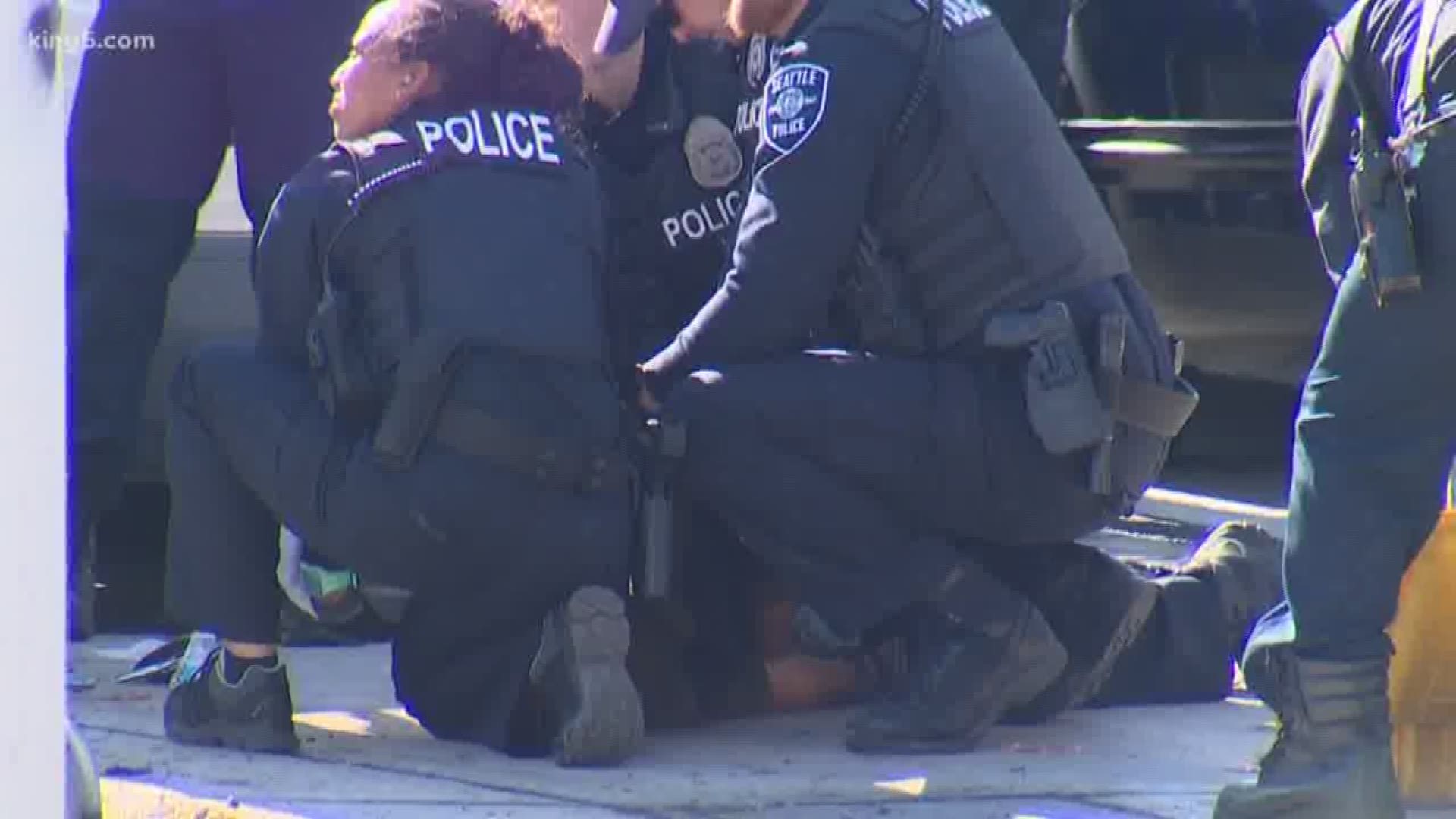 RENTON, Wash. — A man was arrested Wednesday in south Seattle after leading police on a lengthy car chase.

It all started around 10:30 a.m. as a domestic disturbance involving the man and his ex-girlfriend. Police said the 25-year-old woman called 911 to report her ex had gotten into her apartment, broke down her bathroom door, and assaulted her.

The woman was able to give the dispatcher the address of the apartment complex at 1300 block of 145th Place SE.

The woman was able to get away and ran into the apartment complex office. The 24-year-old suspect then got into his car and drove his vehicle into the front of the building where she was hiding, police said.

When Bellevue police arrived, the suspect took off and drove onto southbound I-405.

Washington State Patrol troopers also came in to assist. At times, the suspect was driving over 80 mph. 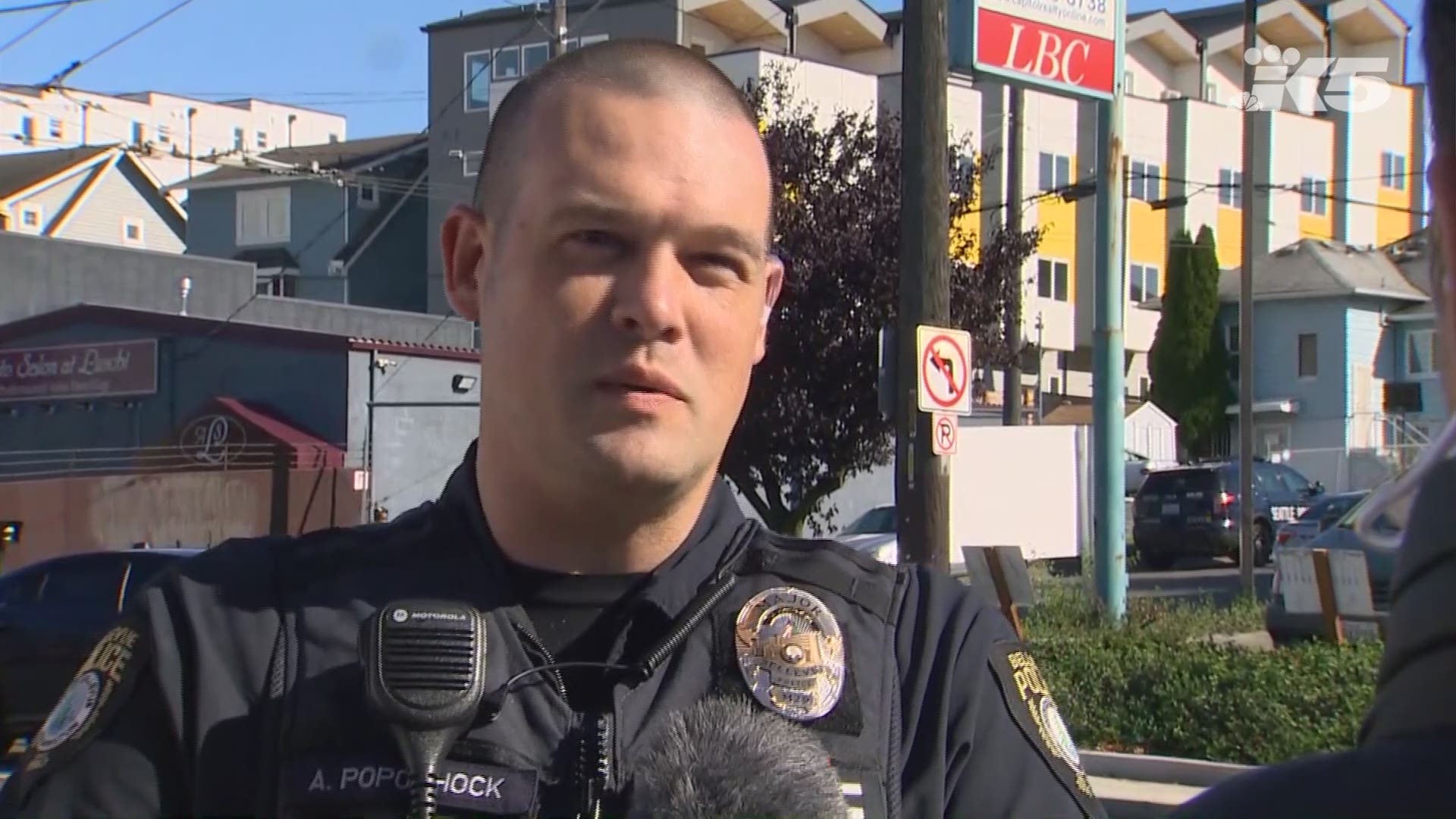 The suspect eventually exited I-405 and went through Renton and then into south Seatle.

J.C. Coleman, who witnessed the end of the chase, said the suspect jumped out of the vehicle he was driving after it appeared to begin smoking. He said the suspect then ran over to an occupied minivan and attempted to steal it.

Coleman said he ran for cover in case anyone started shooting.

Police surrounded the vehicle before arresting the suspect near the intersection of 23rd Avenue and S. Rainier Avenue shortly after 11 a.m.

Bellevue and Seattle Police Departments and the King County Sheriff's Office responded to the chase.

Detectives are investigating the domestic violence assault, attempted kidnapping and attempted murder at the apartment complex in the 1300 Blk 145 Pl SE. The victim sustained minor injuries. The suspect was taken to the hospital to be cleared before being booked into jail.