Mixtapes not in CD format and wallet chains are among an unusual list of items that have been banned from the Foo Fighters' upcoming Seattle concert at Safeco Field. 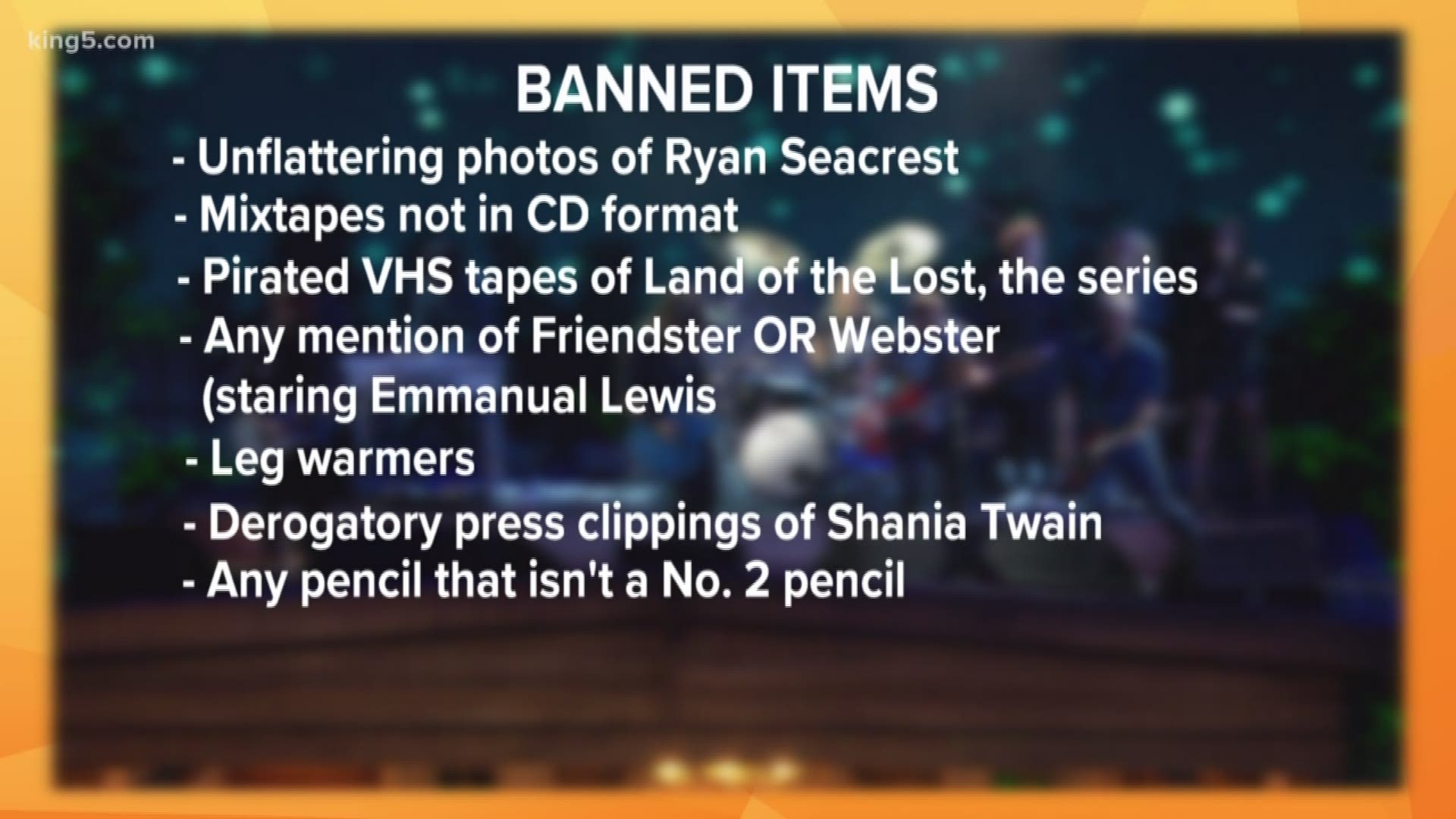 The Foo Fighters take over Safeco Field Saturday night for a stop on their Concrete and Gold Tour.

Concert-goers attending the show will need to review an updated list of prohibited items banned from Safeco Field. The list typically includes weapons, fireworks, pets, drones and other hazards.

But the list of banned items published for this weekend's concert includes a few unique ones, like "unflattering photos of Ryan Seacrest" and "Creem magazines that do not mention Ted Nugent."

The Foo Fighters are no stranger to a joke, but who knows what the punishment is for sneaking in one of these items: