Leavenworth city leaders are reimagining Oktoberfest as a family friendly "autumn fair" that will be more spread out with no centralized beer garden. 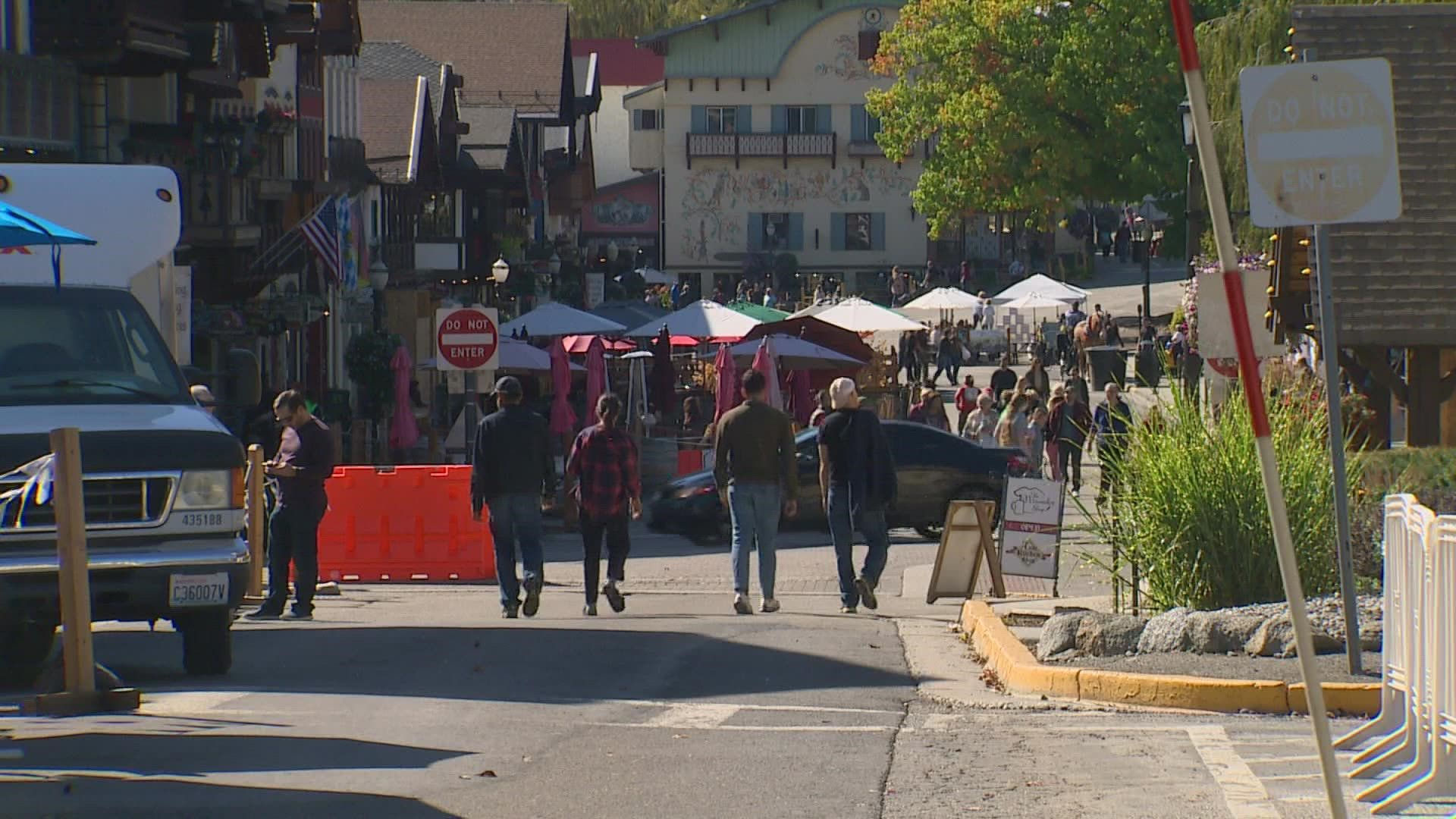 LEAVENWORTH, Wash. — The annual Oktoberfest in Leavenworth, as we know it, is over. City leaders are reimagining what the festival can be as they say it has outgrown the city.

The quaint Bavarian village is steeped in German tradition, but the city's traditional Oktoberfest isn't so traditional anymore.

"This is not Oktoberfest," said Clara Reed, a tourist from Minnesota. "It isn't Oktoberfest without a beer garden."

The same organizers, Projekt Bayern, have put Oktoberfest on in town for 24 years. The festival has attracted about 40,000 tourists over three weekends in October and brought in millions of dollars.

But some in town feel the festival has outgrown the small town. Leavenworth Mayor Carl Florea, who was elected in 2019, said he experienced it first hand on his way to church one Sunday.

"I went into our church hall downtown the morning after and found people asleep in the fellowship hall who thought they were in their hotel," he said. "Between traffic and people peeing in people's yards it just isn't sustainable anymore."

The city has decided to go in another direction and didn't renew the organizers contract for the year 2022.

COVID-19 protocols and supply chain issues had already put the organizers in a hole last year, so they decided to cut their losses for 2021 and cancel the beer garden along with live music, both of which are imported from Germany.

Instead, the organizers decided to put on a more more sober and subdued street fair for 2021.

Lord and his wife, Cary, are fifth generation from Leavenworth. They believe a vocal bunch of newcomers are opposed to big tourist crowds in the small town and the trouble they can bring after a few too many steins of lager.

"They're ruining this tradition," said Cary. "It's heartbreaking. This is a Bavarian village and anyone who doesn't like that probably shouldn't be living in Leavenworth."

For next year, Leavenworth city leaders are reimagining Oktoberfest as a family friendly "autumn fair" that will be more spread out and without a centralized beer garden.

"There will still be beer. It just won't be the only focus. It will not be a drunkfest," said Mayor Florea.

"It's a gamble they're taking right now," said the Lords of the city's new plans. "People love our Oktoberfest."

The couple said their Oktoberfest will live on, but it will not be in Leavenworth. Next year, they're moving the party to Town Toyota Center, an indoor arena about 20 miles down Highway 2 in Wenatchee.

"I think people will love it," said Steve Lord. "People are telling us they're already making hotel reservations for next year."