The account, 'Dad Advice from Bo,' has more than 1.2 million followers on TikTok. 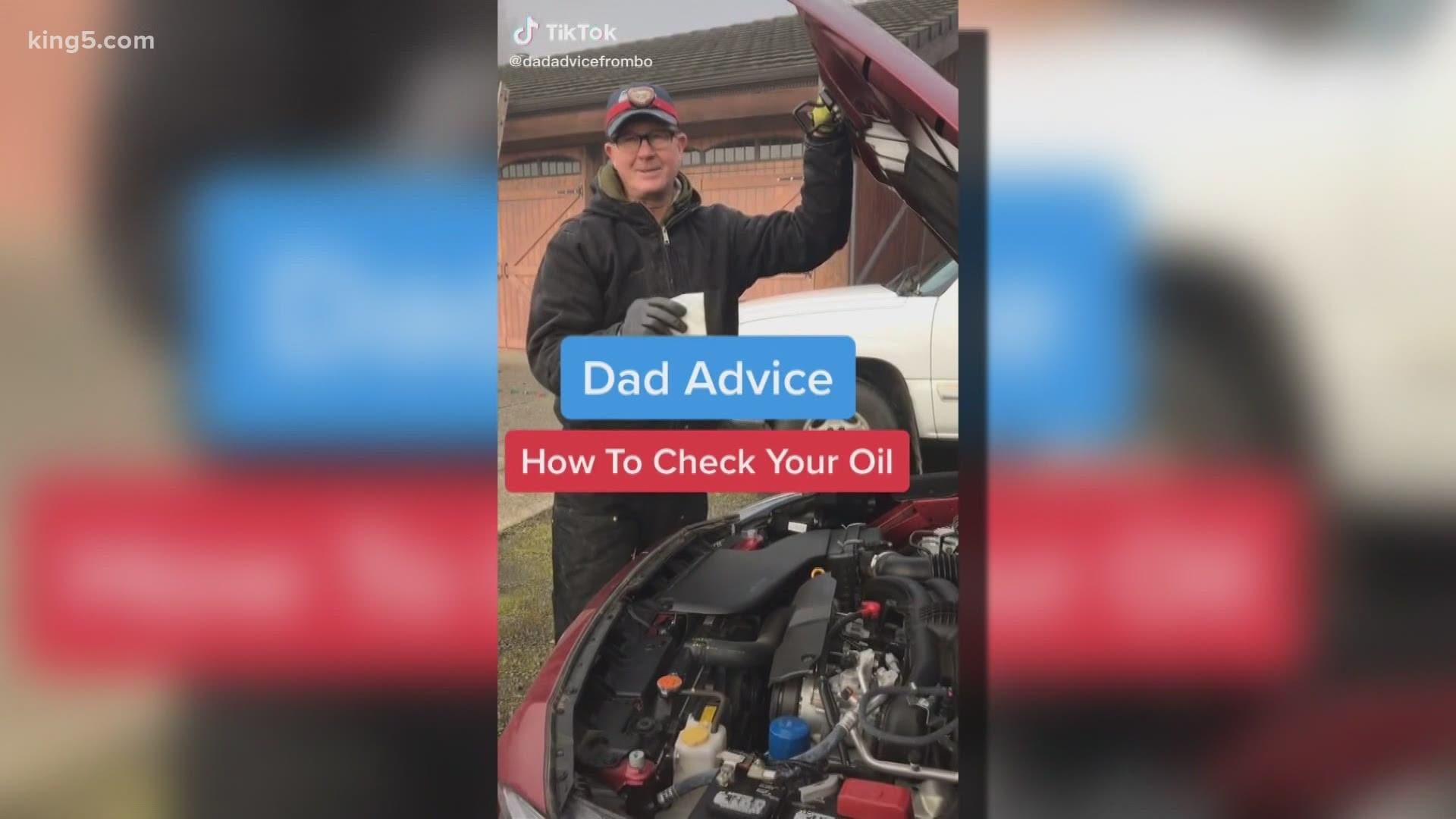 LEAVENWORTH, Wash. — A father-daughter duo in Leavenworth is getting millions of views on the social media app TikTok for sharing fatherly advice.

Bo Petterson and his daughter Emily started the account "Dad Advice from Bo" in the fall of 2020. Since then it's grown to 1.2 million followers.

"There a lot of people who have lost their dad or don't have a dad and enjoy the dad advice," Bo Petterson said.

The 1-minute videos talk about everything from how to check a car's oil to how to carry a baby. Emily records and edits the videos. Bo offers advice, while often wearing Seahawk's gear.

Bo said the account started as a fun activity for his daughter Emily. Emily is in her 20's and used to live in Seattle but in 2019 she suffered a brain injury that doctors have not been able to fix.

"My type of brain injury we call the invisible injury you can't look at me and see the pain that I'm in," Emily Petterson said.

After the account started to gain attention, Bo and Emily posted a video sharing Emily's health story. The video was watched more than 15 million times.

"It's so heartwarming to see the care for her," Bo said.

The duo started selling "Dad Advice from Bo" gear, asking for donations to pay for expensive research and tests for Emily's condition. A video posted to the account on January 14 said thanks to fundraising, Emily was admitted to a specialized brain injury clinic in Portland.