A state Senator wants an independent commission to weigh in before Sound Transit and WSDOT resume service on the Point Defiance Bypass Route. 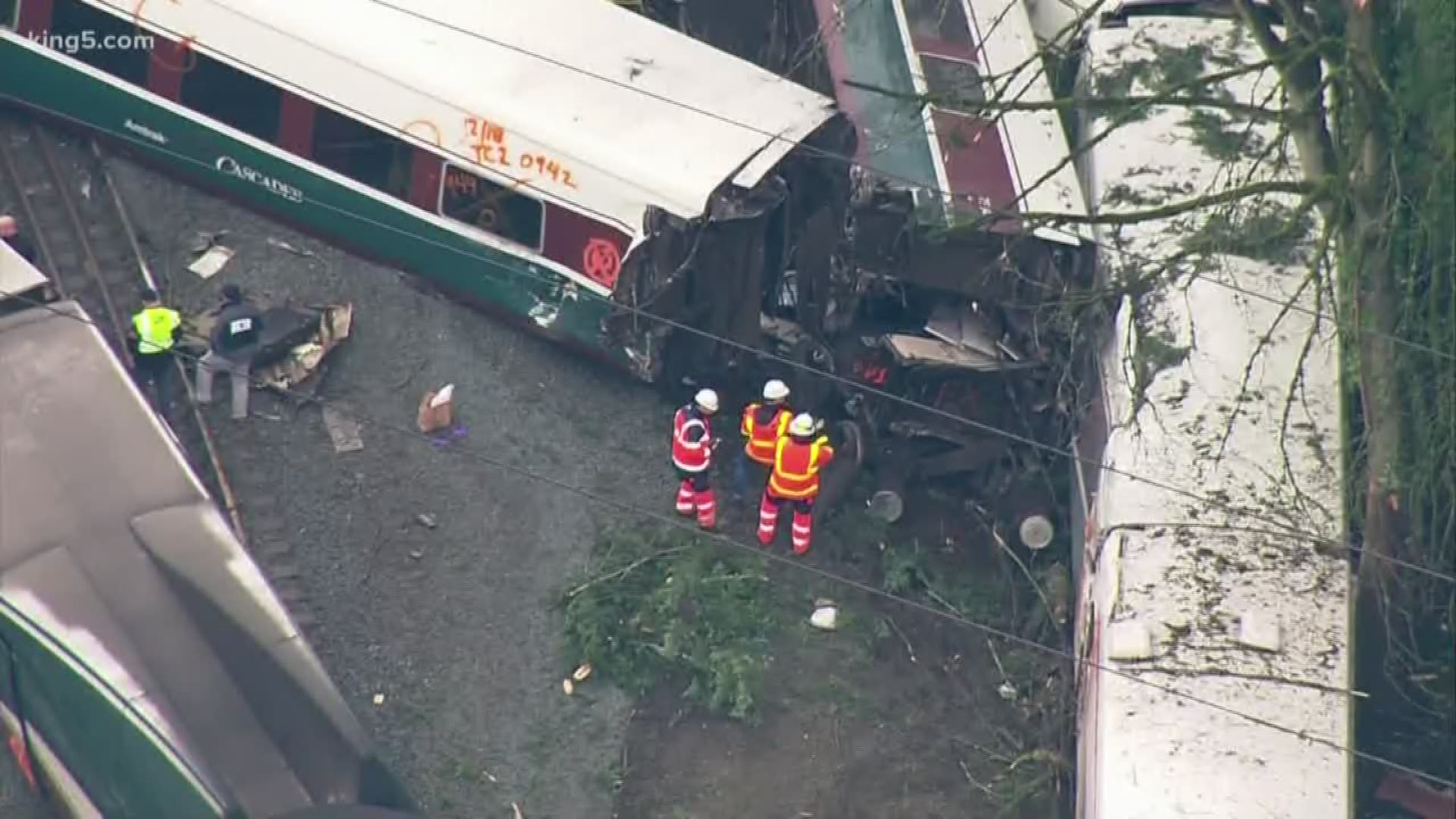 A state lawmaker has called on Sound Transit and the Washington State Department of Transportation to not resume operations near the site of a deadly Amtrak derailment until an independent panel has had a chance to weigh in.

Three people were killed when an Amtrak train crashed on the Point Defiance Bypass Route in DuPont; it was the first trip on the new route.

State Sen. Steve O'Ban said Thursday he plans to introduce legislation to establish the State Transportation Oversight Panel, a bipartisan group that would evaluate and certify the route was safe before trains resume service in the area. That would include ensuring the safety system positive train control is functional and the crew is adequately trained.

“The public trust has to be restored, and it’s not going to be restored without having an independent bipartisan panel like this weigh in,” he said.

O’Ban said he planned to write a letter asking Sound Transit and WSDOT wait until it received the green light from the commission before starting service again.

“I’m taking a chance that these agencies will do the right thing,” O’Ban said.

The proposed commission would include the two ranking members of the state Transportation Committees along with a nonpartisan chair who is appointed by the panel. Staff would also be nonpartisan, according to O’Ban.

O’Ban’s request came two days after the National Transportation Safety Board issued the probable cause of the 2017 crash, citing lack of oversight over Sound Transit and WSDOT, poor training on the route, and no positive train control in place.

WSDOT said Wednesday it would remove four train sets from service that were faulted by the NTSB for not being strong enough to protect passengers in the crash. O’Ban said he was glad WSDOT will remove the cars but said it was just one more thing that will require independent verification before the trains should be allowed to run again.

“It is disappointing to realize that these agencies we entrust with public safety failed so utterly,” said DuPont Mayor Mike Courts. “I can only assume that they would eagerly embrace the idea of external oversight to help restore public confidence in them.”

State Rep. Jake Fey, a Democrat who chairs the House Transportation Committee, said, Thursday afternoon, that Sen. O'Ban's oversight panel idea was "a nice political point, but I don't see how what (he) is suggesting is a credible proposal."

O'Ban has been a frequent critic of Sound Transit and its spending.

Rep. Fey said there's little the state can do to change rail safety oversight, since that is a federal responsibility.

Fey said he remains focused on the lessons that came out of the NTSB investigation.

In a statement, Thursday afternoon, WSDOT said it had not seen the details of Sen. O'Ban's proposal, and that it will leave the policy discussion to the legislature.

"WSDOT is focused on working with all the involved agencies to address the recommendations outlined in the NTSB report," it said.

Sound Transit declined to comment on the proposal, Thursday afternoon, saying it has not had the opportunity to review it.