This year marks the 40th anniversary of what Special Olympics Washington calls its largest public awareness effort and fundraising campaign. 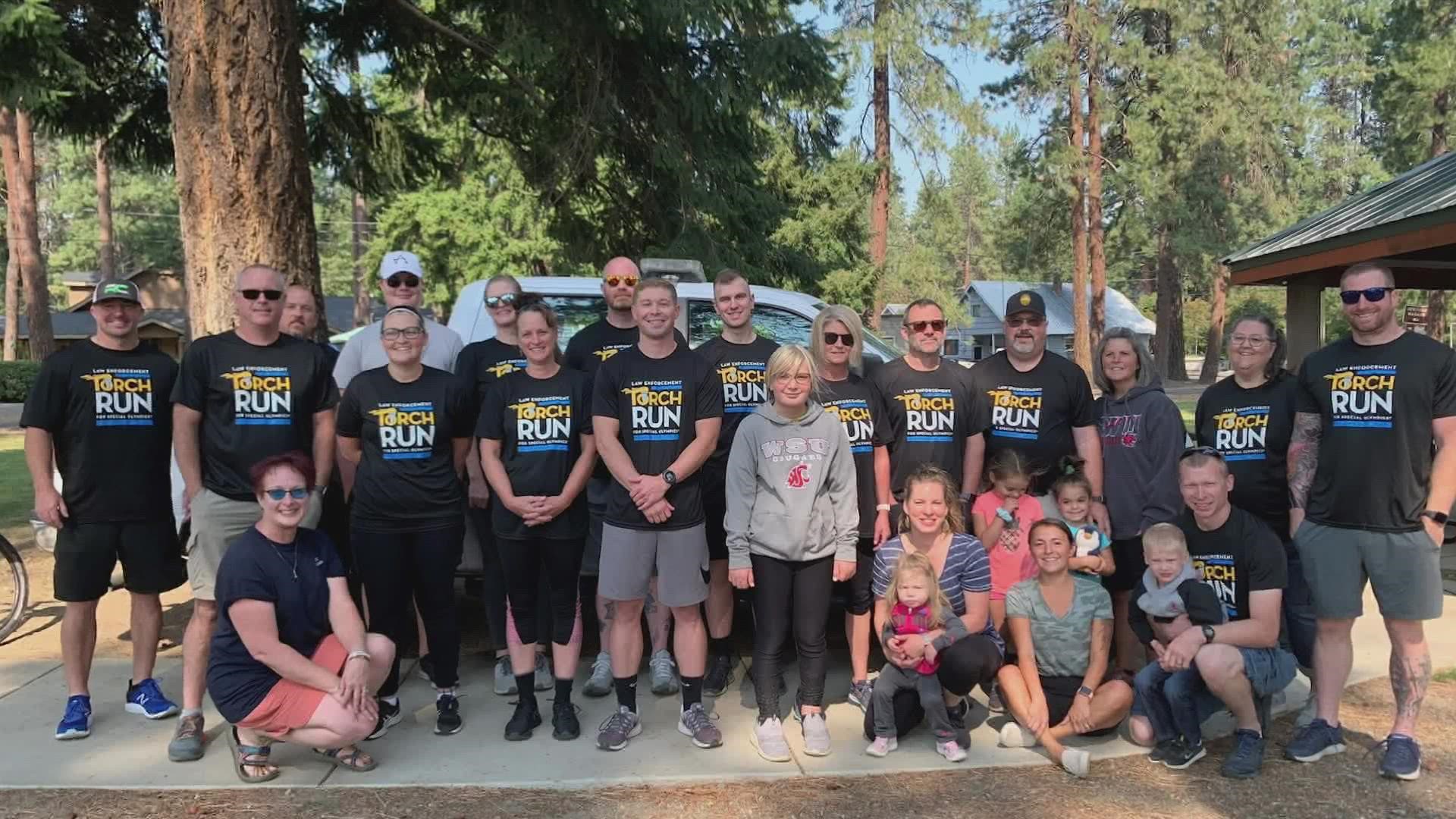 The Law Enforcement Torch Run (LETR) is underway in Washington state this week and has been passing through local communities like Sammamish, Lake Stevens, Marysville, Monroe and left Olympia headed for Lewis County and the finish is in Spokane on Sunday.

The participants are known as “Guardians of the Flame” and team up law enforcement and Special Olympics athletes to carry the Flame of Hope into the Opening Ceremony of local competitions.

Special Olympics Washington has helped to champion and change the lives of nearly 20,000 participants each year.

Raechel Benson of Seattle says the Special Olympics empowered her to take on even bigger challenges. This year, Benson became the first contestant with Down syndrome to compete in the Miss Washington Teen USA pageant. Her passion for competing propelled her to become a finalist.

That confidence paid off and Benson thanks law enforcement for their support and fundraising to support inclusion for people with intellectual disabilities.

Officer Donovan Heavener of the Federal Way Police Department is the state director for the Law Enforcement Torch Run and oversees more than 2,000 officers who participate in the event.

“The athletes remind us all of the time that our work, both in the Law Enforcement Torch Run and as police officers, is appreciated," said Heavener.

The LETR typically raises nearly half a million dollars a year for Special Olympics Washington.

COVID-19 has limited the celebration but people can make a donation and even purchase an official Law Enforcement Torch Run T-Shirt by visiting their website here.