Jeremy Brown, a 15-year veteran of the Clark County Sheriff's Office, was shot and killed in Vancouver on Friday. 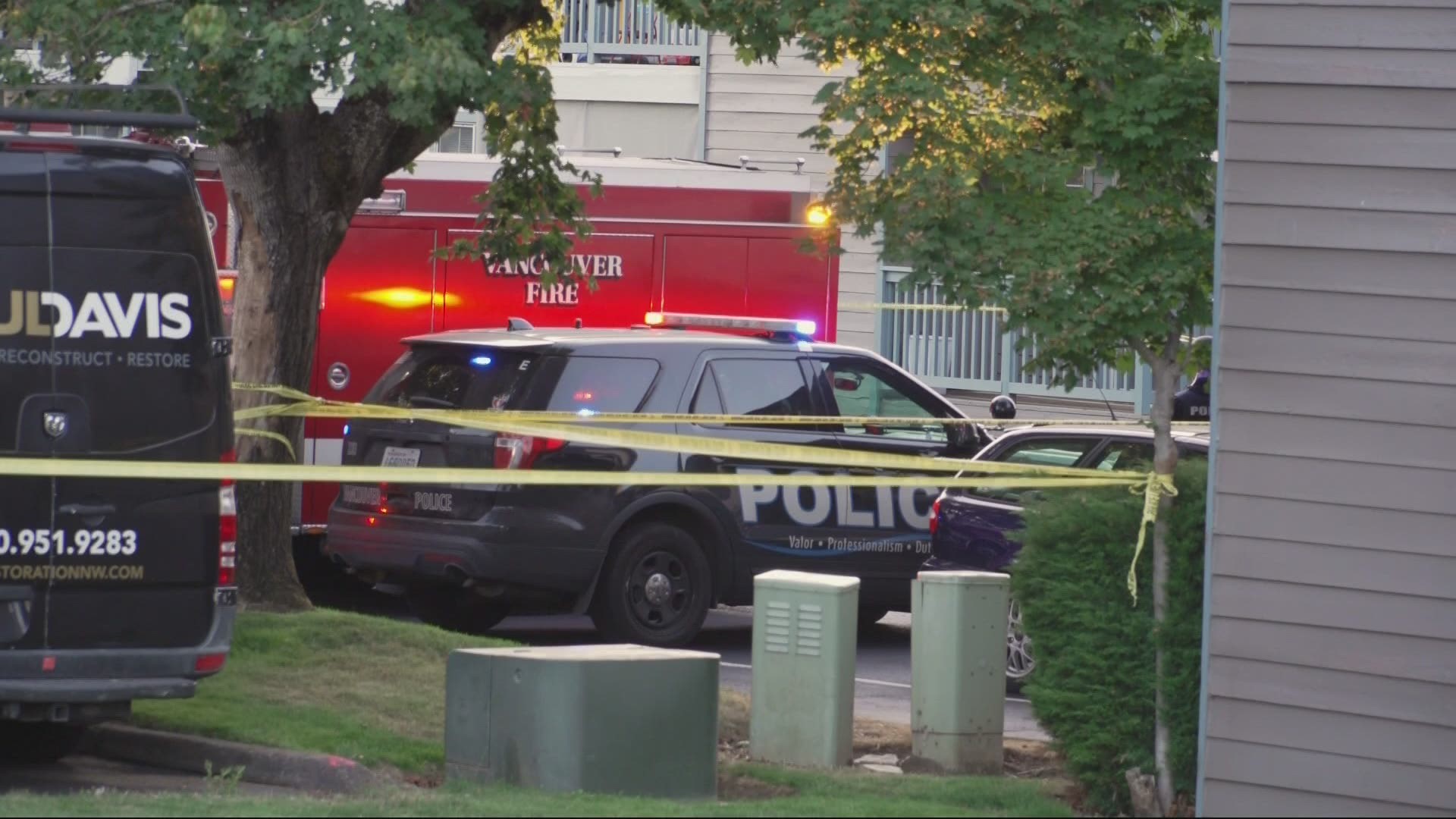 VANCOUVER, Wash. — A Clark County Sheriff's detective sergeant was shot and killed in Vancouver, Washington on Friday. A suspect arrested in Salem on Sunday faces charges of first-degree aggravated murder.

The suspect, 26-year-old Guillermo Raya Leon, is currently being held at the Marion County Jail. A spokesperson for the Marion County Sheriff's Office said Raya Leon signed an extradition waiver and agreed to return to the state of Washington but the time frame on that move is unknown at this time. In addition to the aggravated murder charge, Raya Leon also faces a charge of possession of a stolen firearm, according to court documents.

Two other suspects, Misty Raya, 35, and her husband, Abran Raya Leon, 28, were arrested Friday after the shooting on unrelated felony warrants.

Detective Sgt. Jeremy Brown, a 15-year veteran of the Clark County Sheriff's Office (CCSO), was 46 years old. During his tenure at the sheriff’s office he worked as a corrections deputy, patrol deputy and was currently assigned as a detective.

Brown was conducting surveillance outside the apartment building, CCSO said in a release on Saturday. Other deputies who were working the same detail were unable to reach Brown around the same time someone called 911 to report that they saw a man inside a car bleeding.

Three people fled, two men and a woman. They crashed at Padden Parkway and Interstate 205 and ran. After an extensive search, two of the three people, Misty Raya and Abran Raya Leon were arrested on unrelated felony warrants.

A third suspect in the shooting, Guillermo Raya Leon, 26, had a warrant issued for his arrest on Saturday. On Sunday, Vancouver police confirmed that Raya was in custody.

Suspect in shooting of @ClarkCoSheriff Detective Sergeant Jeremy Brown has been arrested in Salem. https://t.co/zFbq9Cy46t

During a press conference Friday, CCSO Sgt. Brent Waddell said Brown was taken to a local hospital. Around 11:30 p.m., the sheriff's office said Brown had died.

A KGW crew saw a large police presence outside PeaceHealth Southwest Medical Center around 10:45 p.m. Police cars appeared to hold a procession, which is a common way to pay tribute to someone in law enforcement who died during the line of duty.

Our thoughts are with @ClarkCoSheriff today. We mourn the loss in our law enforcement family. pic.twitter.com/vkXYl9iJ5q