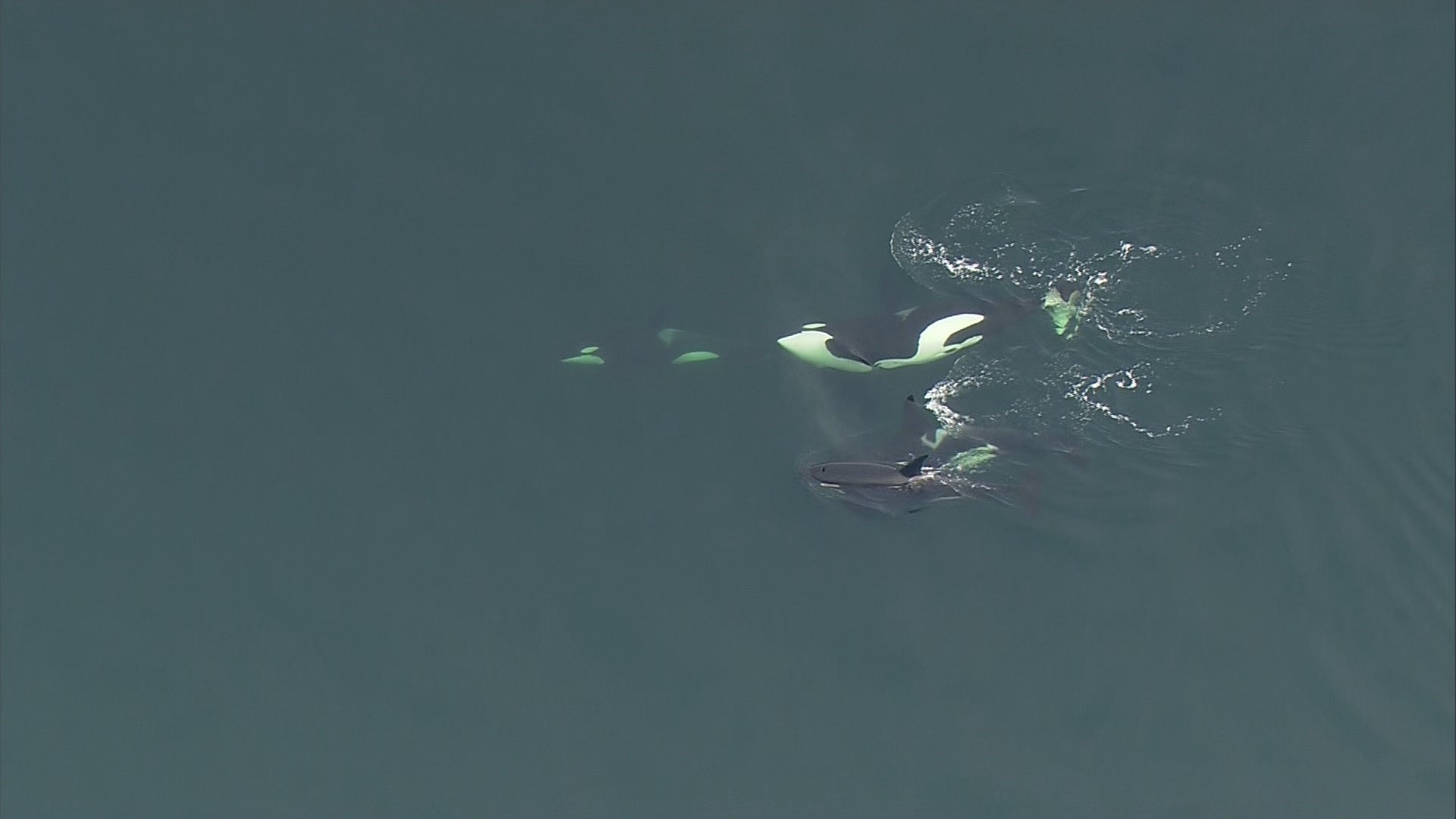 More than a dozen orcas were spotted together in Puget Sound Thursday between West Seattle and Vashon Island.

Orca researcher Howard Garrett the whales belonged to the K and L pods, which make up Southern Resident killer whales, along with the J pod.

Garrett, who launched what is now the Orca Network, says swimming side-by-side is classic resting behavior. Within their resting line, the orcas usually organize by their family's matriarch.

After reviewing the footage captured by SkyKING, Garrett told KING 5, "So good to see Ls again. First time anyone's seen them since late September I think." He added, "They actually look pretty good."

Although members of both the K pod and L pod were spotted in the Sound on Thursday, it's unclear if the two pods met up. Orcas in the J pod were not spotted in the same area.

There are only 74 Southern Resident killer whales left in the wild since young orca J50 disappeared from her pod in September after months of failing health.

At least two other Puget Sound orcas have also recently been observed in failing health.

However, the number 74 is a misleading tally because not all of those orcas are reproducing. That means the opportunity to have more births than deaths is dwindling.

A Washington state orca task force presented a final proposal to save the endangered whales. The plan includes a moratorium on whale watching and calls for further study on dam removal.

Ken Balcomb, founder of the Center for Whale Research, is critical of the plan.

"I feel extremely disappointed in myself that I was not able to convince the governor and his staff and the officials that this is urgent," Balcomb said. "I think their actions are based on political decisions rather than on reality. The urgency is clear. It is clear to everybody. But shutting down whale watching? Don’t look at them anymore? That’s ridiculous."

Editor’s note: A previous version of this story said the group of orcas was a mix of Southern Resident and transient killer whales. A whale expert with the Orca Network said these orcas never swim together and identified the sighting as K pod and L pod.