DRONE: Watch largest ship to ever cruise through Ballard Locks

Get a unique view from KING 5 drone Dexter of one of the largest ships to ever squeeze through Seattle's Ballard Locks. 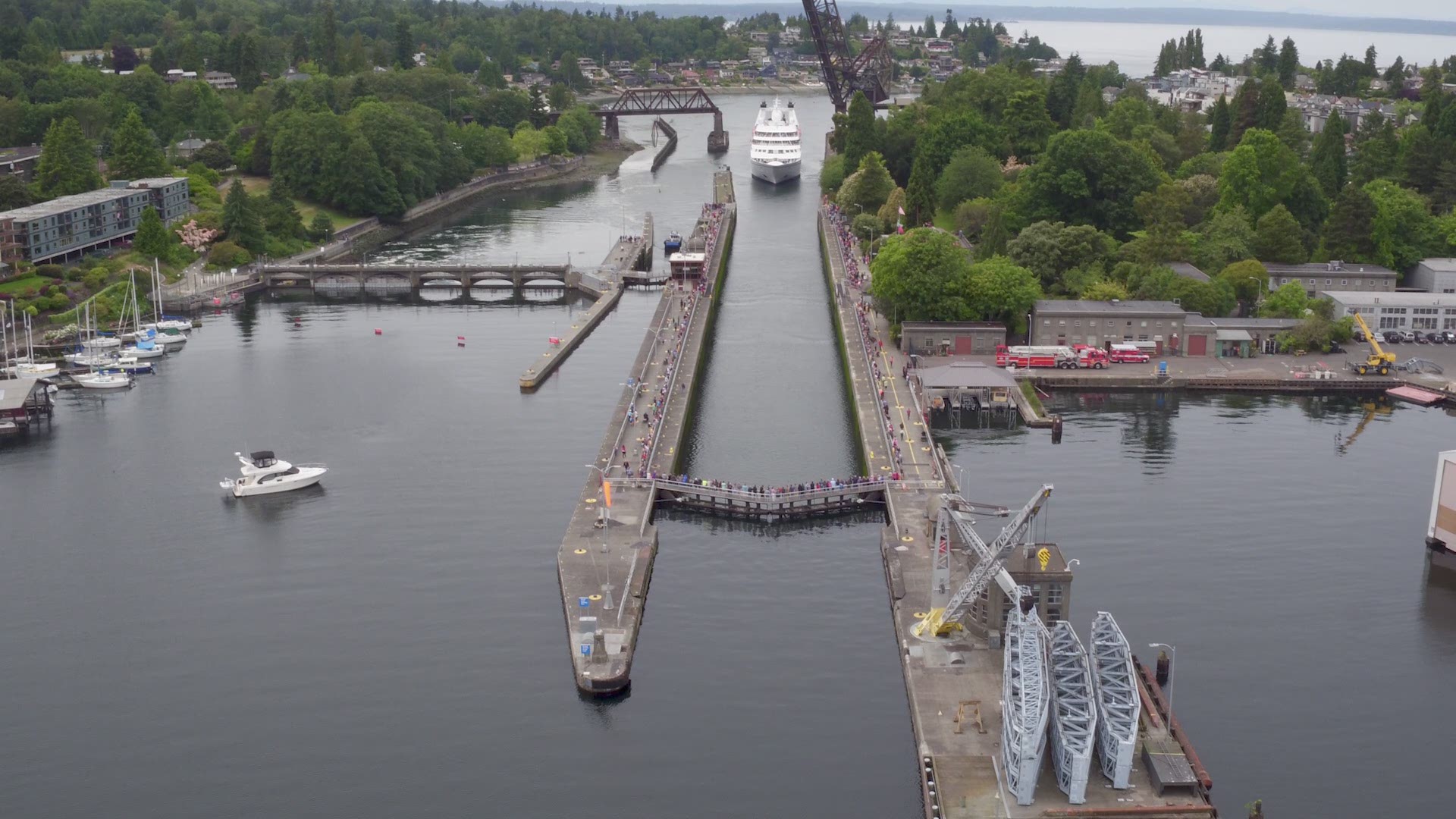 History was made at the Ballard Locks Wednesday when the Star Legend became the largest ship to ever pass through the locks.

The Star Legend left Seattle's Pier 66 Wednesday morning to squeeze through the locks around 1 p.m. It makes a return trip around 7 p.m. Wednesday.

It's the Star Legend's inaugural visit to Seattle — and the first time its company Windstar has returned to the city in 20 years.

The Star Legend is 440 feet long and its widest point is 63 feet wide. The ship had 7.5 feet to spare on each side as it enters the locks. The ship carries 212 guests and is taking a special detour on its first-ever sailings up to Alaska.

In the past few years, there have been a few unique vessels that have made their way through the locks. In 2016, a family moved a home from Seward Park to Bainbridge Island via the lock. And in 2017, a destroyer ship passed through. 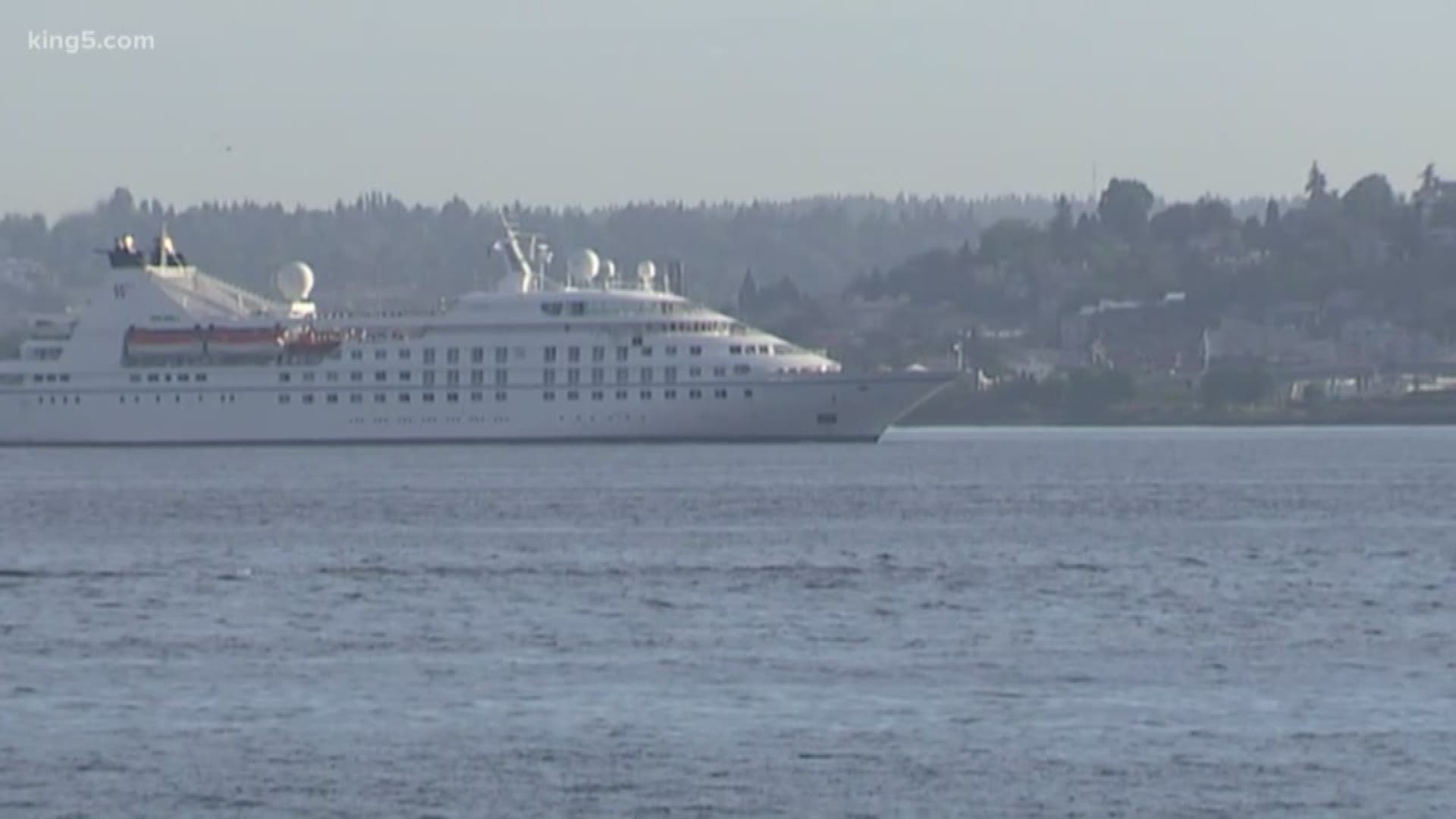