Moureen David says her fight to protect students put her out of a job. 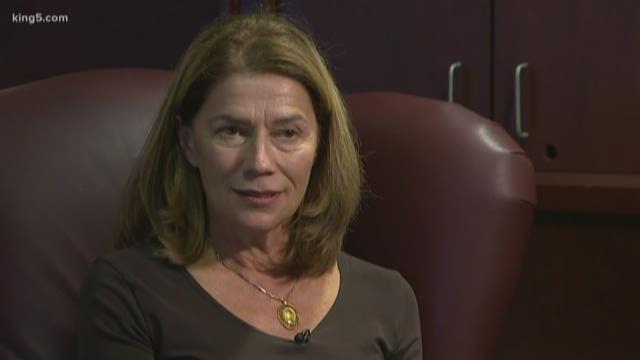 For 18 years, Moureen David worked at the Clover Park School District in Lakewood. Most recently, she served as the assistant superintendent.

Moureen says her fight to protect students put her out of a job. In a lawsuit filed this month, she claims she was retaliated against when she voiced concerns about safety plans regarding the placement of sexually aggressive students in the district.

“All students should feel like when they go to school the adults in their school are doing their very best to protect them,” said David.

In the Spring of 2016, a female student at Lakes High School Student was allegedly sexually assaulted by a male student.

“When it happens in your school, everyone takes it personally.”

David said that male student was transferred to a different school where the school administrator wasn’t told about the student’s background.

“We had it happen already so many times in our district, it was just not okay that people were making light of this.”

Moureen says she was accused of having a condescending tone when talking to school administration about classroom plans and transportation plans for these students.

In a statement from the district said David “created a hostile work environment.” After an investigation, they decided not to renew her contract this past summer after nearly two decades in the district.

“What this lawsuit is focused on is retaliation,” said Moureen’s attorney James Beck. “Students should not be exposed to sexual harassment during their school day and if someone speaks out about how that happens and the response is to retaliate against that employee put them on administrative leave and then eventually terminate them that’s in violation of Washington law.”

In a perfect world, David says she would want her job back but says she feels betrayed by what happened.