Multiple locations throughout Lake Stevens were hit by graffiti. Police said the suspects may have left their marks in other ways. 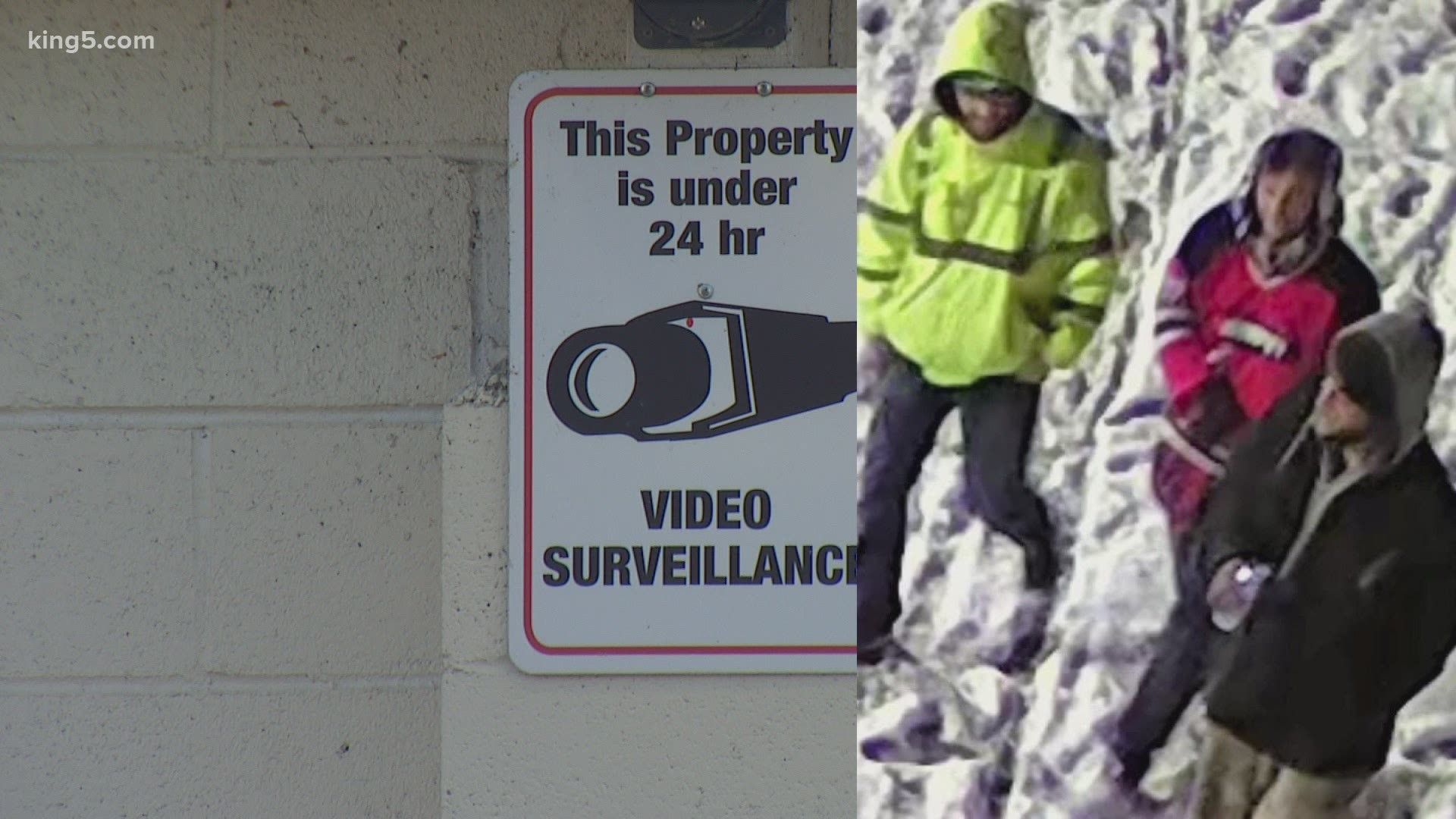 LAKE STEVENS, Wash. — Spray can scrawls were splashed across Lake Stevens early Sunday morning. Most of the tagging was washed away by Wednesday, but police say some strong identifying clues may have been left behind.

Lake Stevens Police are looking for the suspects, who were spotted on video and used one of their credit cards to make a purchase.

A wide variety of locations were hit. A Little League field was defaced, along with two city parks, an overpass and an auto repair shop. One business' van was tagged, costing a full day's work and $800 to fix.

"These are small businesses during the pandemic that are barely surviving," said Shane McDaniel, who runs Norm's Market. "You have these people who are going out and doing all this damage just for kicks. Nobody wants to see businesses treated like this."

Norm's Market was hit as well. Fortunately, there were cameras rolling at his gas pumps.

As one suspect slinked behind the store to apparently do his work, an alleged accomplice came inside.

His face was covered but he was wearing a distinctive red and black hockey jersey with the ESPN logo on the front of it.

Another picture captured that young man and two others, one wearing a bright yellow safety vest, in the parking lot. All appeared to be in their early twenties.

Perhaps the key piece of evidence, however, surfaced when one suspect used what apparently is his own card to buy beer and snacks inside Norm's.

McDaniel said it was almost seemed to be a confession scrawled out for investigators to read like writing on a wall.

"When we saw that it was just absolutely pure joy," McDaniel said. "Look at that! We got them!"

After McDaniel posted the pictures on social media, people from as far as the cities of Lynnwood and Snohomish said their communities had been hit in recent weeks with the same tags.

With its beautiful lakefront, Lake Stevens isn't the kind of city that turns a blind eye to graffiti.

City officials said they plan to prosecute those responsible to the fullest extent.

Shane McDaniel said he's not going to allow what the suspects did to simply be erased.

"They did this for no reason at all. I just feel for everybody that got hit. It's my town. It's our town. We don't want to live with garbage and this kind of crap all over."