'Suspicious' candy handed out in Lake Stevens did not contain PCP, tests confirm

Lake Stevens police said gumballs that were given out on Halloween showed ‘very preliminary results of PCP’ in a field test. 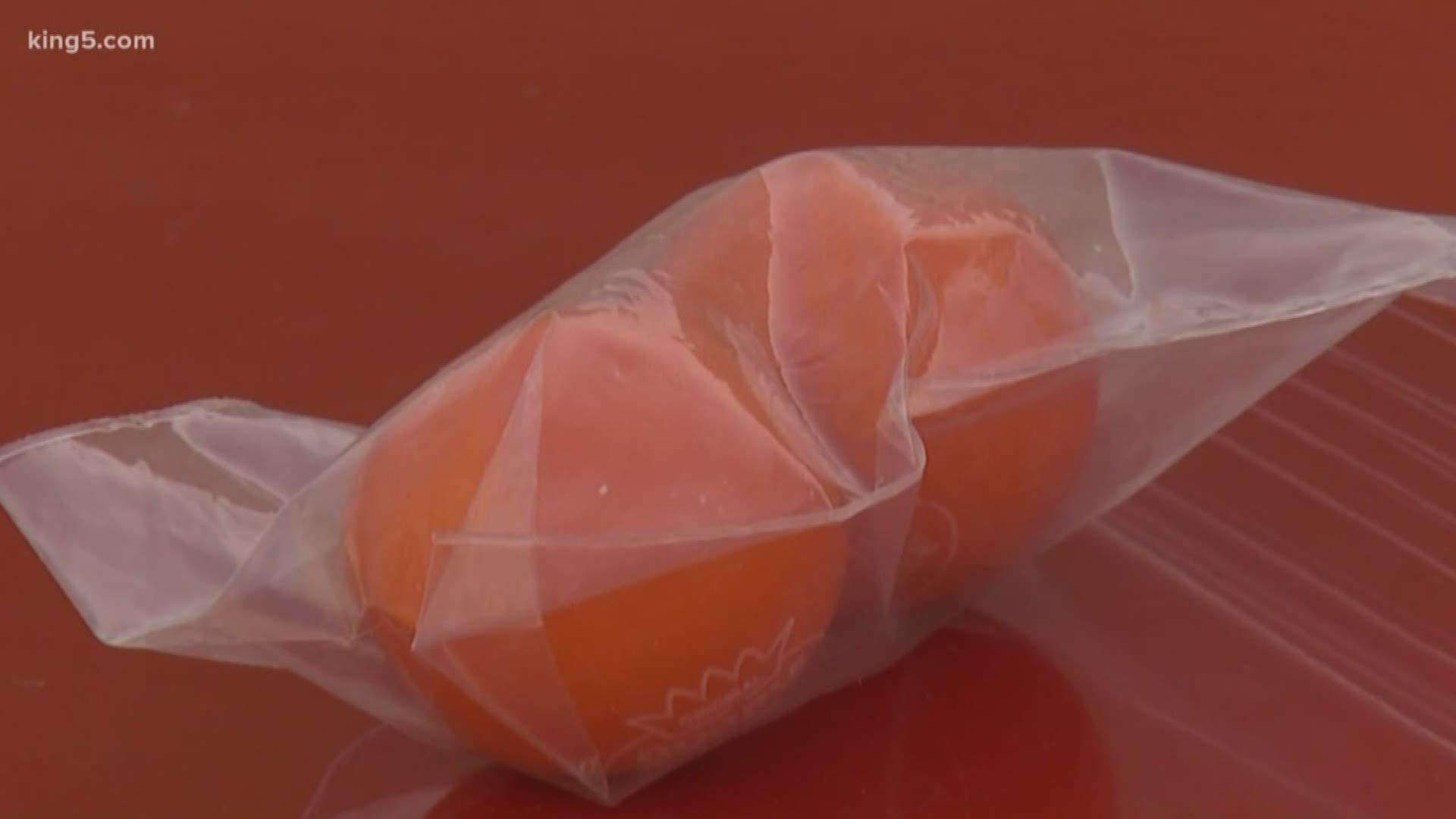 Authorities said there is no longer an immediate concern, but are reminding the public to be cautious about handing out or accepting non-store bought items.

The previous story is below:

LAKE STEVENS, Wash. - Police are investigating after gumballs passed out in Lake Stevens on Halloween tested positive for PCP.

Authorities said students at Cavelero Mid-High School were speaking with the Lake Stevens School Resource Officer (SRO) about the candy they received on Halloween while trick-or-treating. SRO Irwin became suspicious of some colorful gumballs the students received that were inside a small plastic baggie that didn’t appear to be “normal store-bought items.”

SRO Irwin field-tested the candy with a Narcotic Identification Kit (NIK) and “received very preliminary results of PCP,” police said. School officials were notified of the test results. Lake Stevens police contacted the Washington State Patrol Crime Lab and requested the gumballs be tested. The results are expected to be returned on Saturday.

Police said false positives can happen with sugar-laced items because of the chemical reaction.

Lake Stevens police said the gumballs were possibly given to a student from a residence in the north end of the city. The gumballs have white lettering that says “DUBBLE BUBBLE” and in a small, clear baggie.

The students’ families and guardians were notified.

Lake Stevens police said NIK tests are very preliminary and are a presumption. The department sent the gumballs to the WSP crime lab as a precaution.

Anyone who received the gumballs or knows of a family member who did is asked to contact the Lake Stevens Police Department.