A person watching nearby kayaked into Lake Morton to rescue the pilot in a small plane crash, according to the King County Sheriff’s Office. 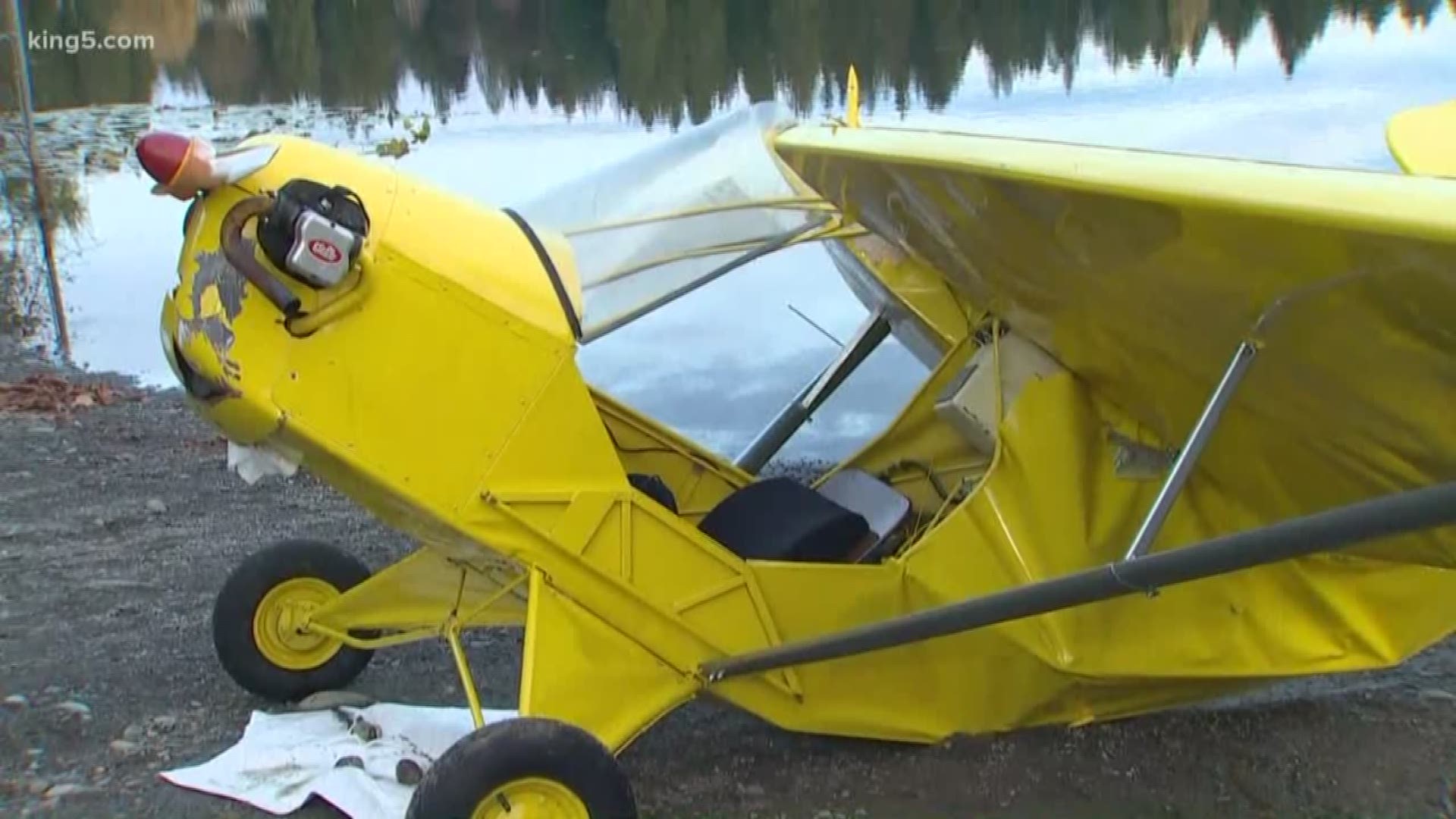 A pilot was rescued Monday after a small plane crashed in a King County lake.

Witnesses saw a yellow plane with no engine crash in Lake Morton, which is southeast of Covington, according to the King County Sheriff’s Office.

Joyce Bergstrom, who lives along the lake, watched the plane go down just before 11 a.m. “This yellow plane hit its wing, flipped and did a cartwheel and the guy flew out of the plane and started screaming for help. ‘Help me! Help me!’” she said.

As the plane was sinking, kayakers were able to rescue the pilot, who was conscious but suffering from hypothermia.

The 19-year-old pilot is in stable condition and recovering at Harborview Medical Center.

Abbott said the pilot told authorities he feared he would crash into a neighborhood and instead aimed the plane at the lake.

Friends of the pilot told KING 5 that he had been flying the plane for just a few weeks before taking off from Crest Airfield on Monday.

There was no one else on board when the plane crashed.

King County rescue divers towed the plane out of the lake hours after the crash.

Abbott said some fuel from the plane leaked into the lake.