Lou Brown, a senior for the Lady Vols basketball team, is one of many people from Australia living in the U.S. watching devastation happen back home. 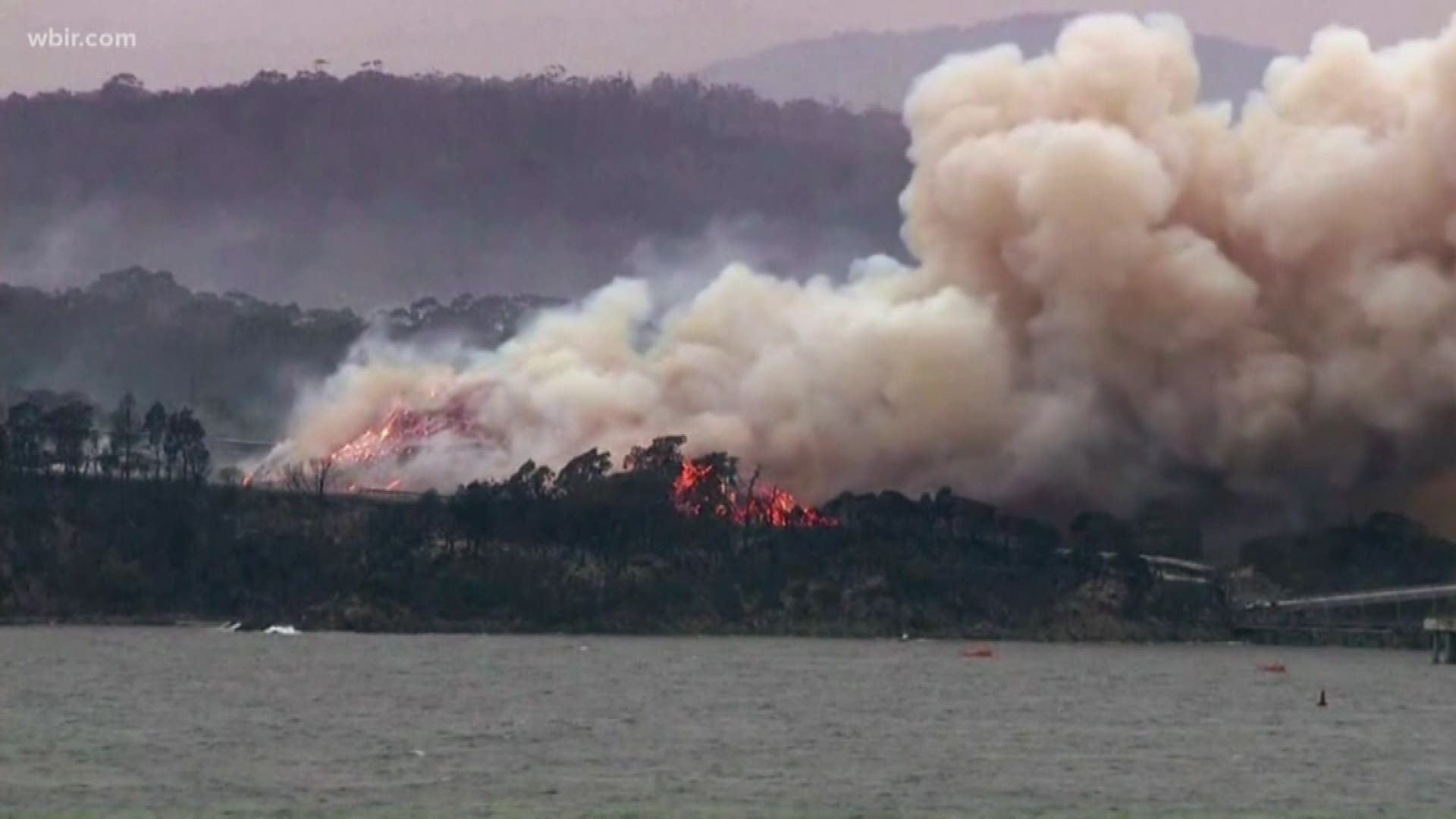 KNOXVILLE, Tenn. — Bushfires continue to burn millions of acres of land in Australia as Aussies who now call East Tennessee home are watching their country burn from afar.

That includes several University of Tennessee athletes, like Lou Brown.

Brown is a senior and one of two Aussies on the Lad Vols basketball team.

"I've been in Knoxville for two years but I've been in the U.S. for six years," she said.

Brown calls Melbourne home. It's one of the biggest cities in Australia.

"I went home for Christmas and flying over Melbourne, kind of flying into Australia, you can see the fires and the smoke and stuff flying in. It's pretty scary," she said.

While Brown's family is safe from the flames, smoke is clouding her home.

RELATED: Nearly half a billion animals believed to be affected by Australia wildfires

"The cities and stuff are okay, but what's really mostly affecting the whole of Australia is the air pollution that the smoke is having," she said.

"Seeing the before and after pictures is actually quite amazing," she said. "It's quite spectacular to see what the difference is between now and then."

The fires cover an amount of land about equal to 45 percent of the land in Tennessee.

RELATED: How to help the victims, firefighters of the Australian bushfires

Brown said it's devastating to see millions of acres burn, but it's nice to have support here in Knoxville.

"I actually got a really sweet message this morning from one of our Lady Vol little girl fans who said that she had donated, her and her family had donated some money to a koala sanctuary... in my honor. So it was really special to see that. It's quite amazing," she said.

There are lots of ways you can help the people and animals of Australia.