The hotel guest said they took the deer back to their room because its mother had been hit by a car. Wildlife experts say that was the wrong decision. 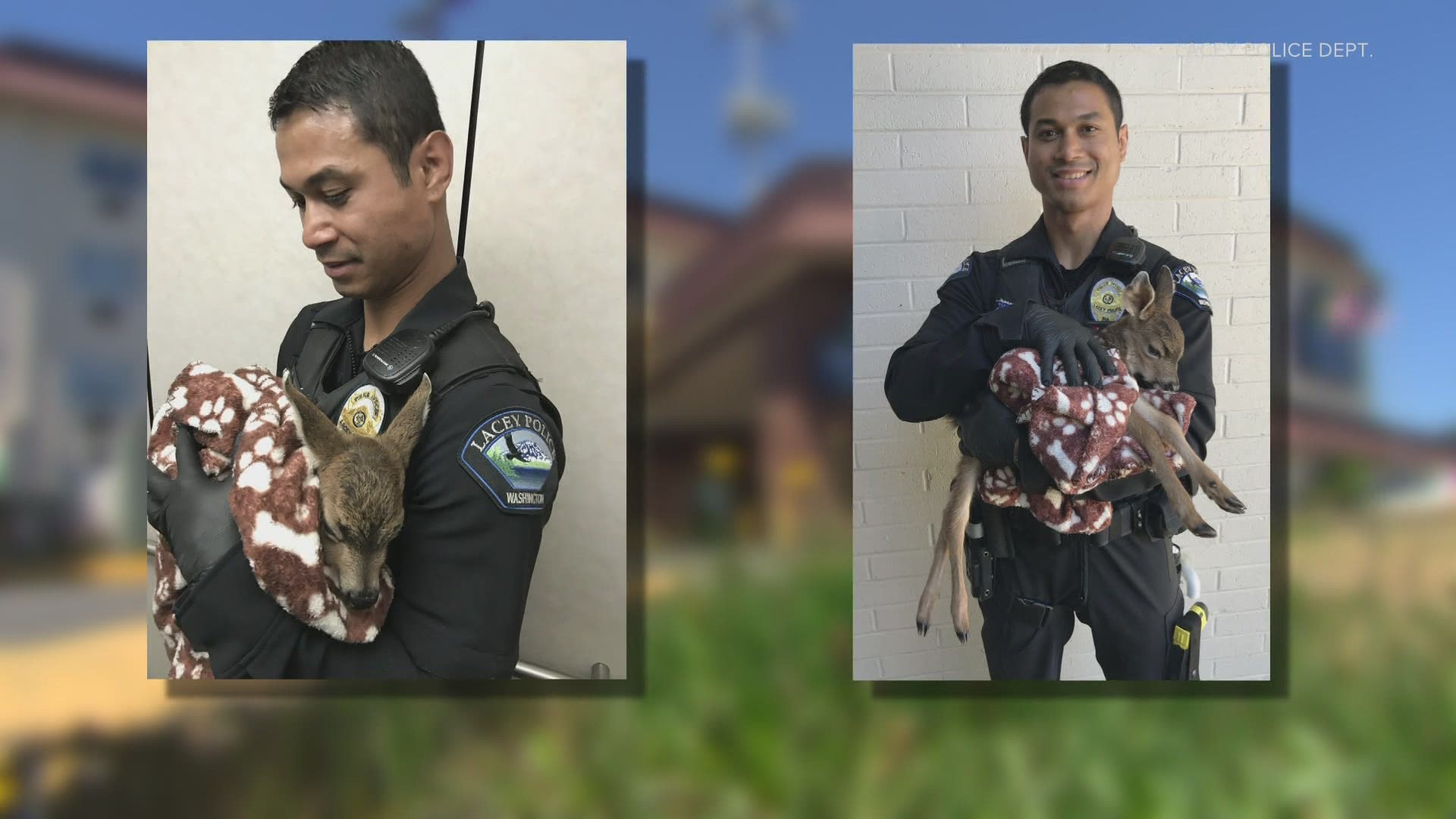 LACEY, Wash. — Police were called to the Lacey Days Inn to check on a guest Thursday.

The person was fine, but officers confiscated a baby deer they found in the guest’s bathroom.

“How in the heck did the deer get here,” said Lacey police officer Sophal Heang.

Heang said the guest told the officers they found the baby deer about a week ago standing beside its mother, who had been hit by a car.

That’s exactly what they should have done, said Washington Fish and Wildlife officer Matt Jewett.

He said it’s common for people to find fawns in the woods by themselves in the spring.

“The first couple of weeks in a fawn’s life their mother has not abandoned them, but it’s off either foraging or bedded down and they come back to feed it,” said Jewett.

He said once a deer has contact with a human, it’s hard for them to survive in the wild.

“Almost all of these calls are not people trying to do anything bad,” said Jewett, “They’re trying to help fawns. It’s obviously not helping them in the long run.”

The fawn found Thursday is now at Center Valley Animal Rescue in Quilcene.

Manager Sara Penhallegon said the deer weighs about four pounds and is dehydrated.

Penhallegon said the staff hopes the fawn can be rehabilitated and returned to the wild this fall.

Lacey police said the people who had brought the deer to their hotel room would not face any citations or charges.