Northwest Immigrant Rights Project said there’s no indication cities in Washington were on the list, but that doesn’t mean some action wouldn’t have taken place. 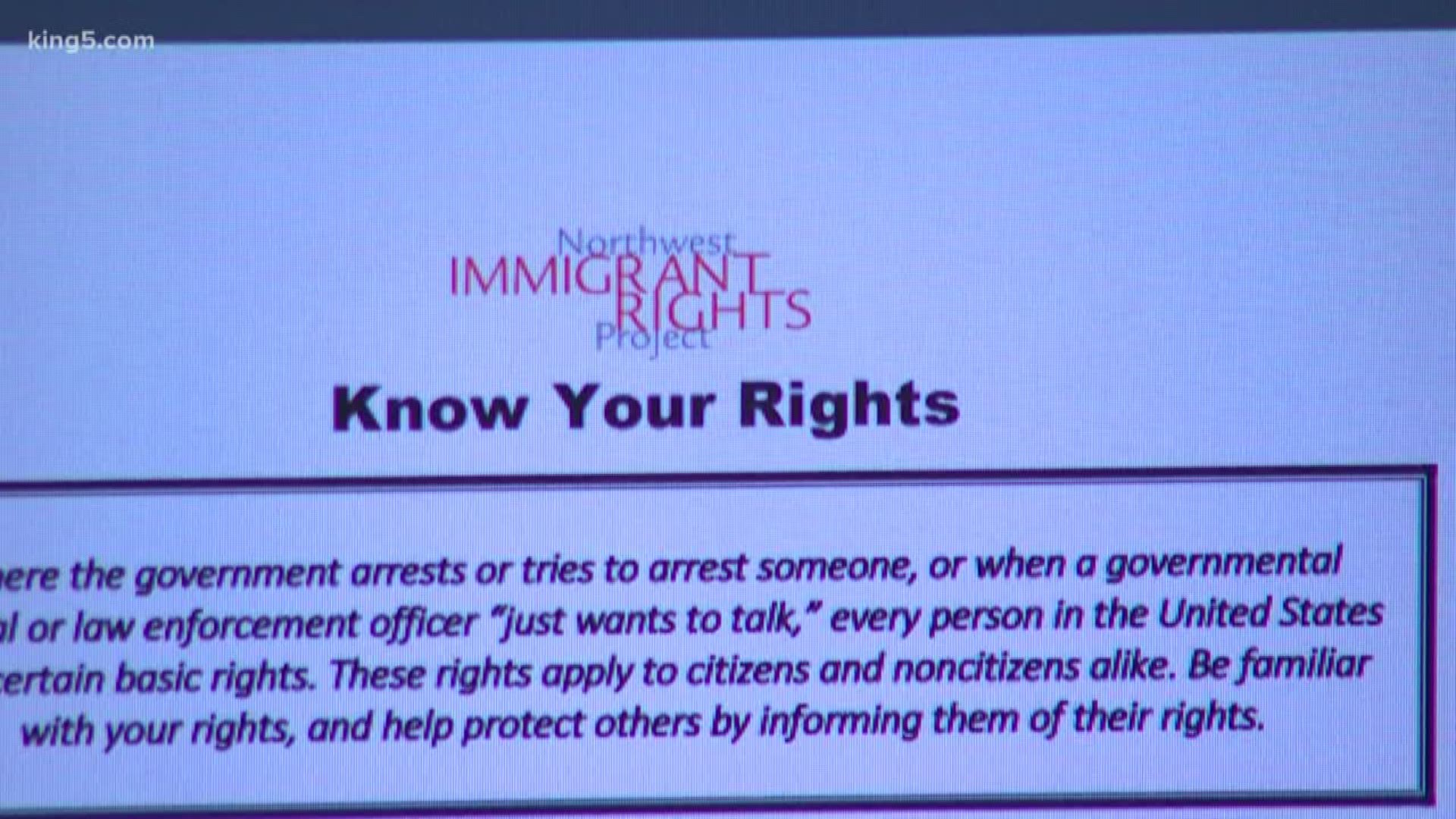 SEATTLE — Local advocates and politicians are expressing concern over plans for massive immigration raids in U.S. cities beginning as early as Sunday morning.

“We understand there’s been a message that at least 10 cities will be targeted for this potential raid of 2000 families,” said Malou Chavez, Deputy Director of Northwest Immigrant Rights Project.

Though President Trump tweeted Saturday the raids had been delayed, “for two weeks to see if the Democrats and Republicans can get together and work out a solution to the Asylum and Loophole problems at the Southern Border,” concern remained.

Trump said if a solution was not reached, deportations would begin.

Chavez said there’s no indication cities in Washington were on the list, but that doesn’t mean action wouldn’t have taken place.

“People still need to remember what their rights are, and have a number for an attorney,” she said.

"We strongly condemn the Trump Administration’s threats to conduct large-scale raids targeting immigrant families across the country,” they wrote. “The political decision to order ICE raids will distract and drain resources from real public safety threats and will cause widespread fear and uncertainty for all immigrants in their daily lives."

"President Trump announced today that he will postpone the planned raids, which were to start tomorrow, for two weeks. However, threatening to conduct raids if Congress does not approve a border supplemental funding package amounts to hostage taking."

Chavez believes much of the impact is already done. She said just the discussion of the raids instills fear for many mixed-citizenship households.

“We understand that there’s already fear in communities, and when messages like this go out, it just creates this heightened fear,” she said.

“Lower cooperation with law enforcement may happen,” she said. “We may see victims of crimes choosing not to report a crime. We may see people not going to school, not sending their kids to school or potentially not going to work.”

NBC News previously reported that ICE officials said the raids were not about instilling fear, but upholding the rule of law.

NWIRP also updated their “Know Your Rights” fact sheet for interacting with immigration agents, which is available here.