It's unknown what caused the plane to crash, but the FAA says no homes or buildings were hit. It's unknown if there were any other passengers or injuries. 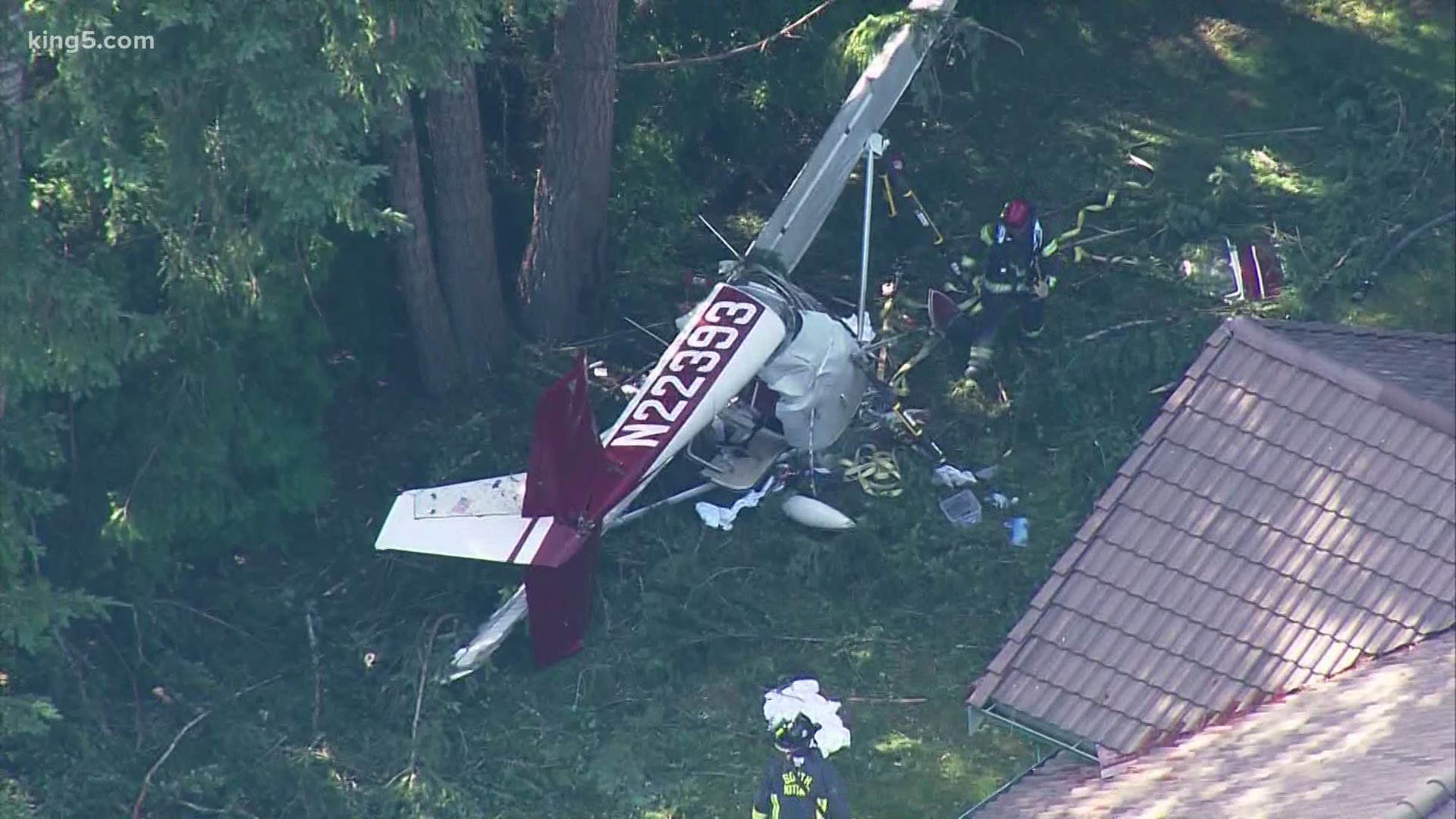 PORT ORCHARD, Wash. — At least one person was injured when a single-engine plane crashed into a backyard in Kitsap County.

When they arrived, deputies saw citizens trying to put out flames in the engine compartment. Firefighters quickly put out the fire once they arrived.

The pilot had to be extricated from the plane and was sent to a local trauma center, Dickinson told KING 5.

It’s unknown how many people were on the plane and if there were any additional injuries.

The Federal Aviation Administration (FAA) said the plane did not hit any homes when it crashed.

An early investigation shows that the plane took off from nearby Vaughan Ranch Airfield in Port Orchard.

The FAA and National Transportation Safety Board will investigate.

Dickinson said the community and first responders worked together to get the pilot out and put out the fire.