Kirkland counted more than 170 piles of unscooped dog poop at Juanita Beach Park over one month. The city will now launch an outreach campaign. 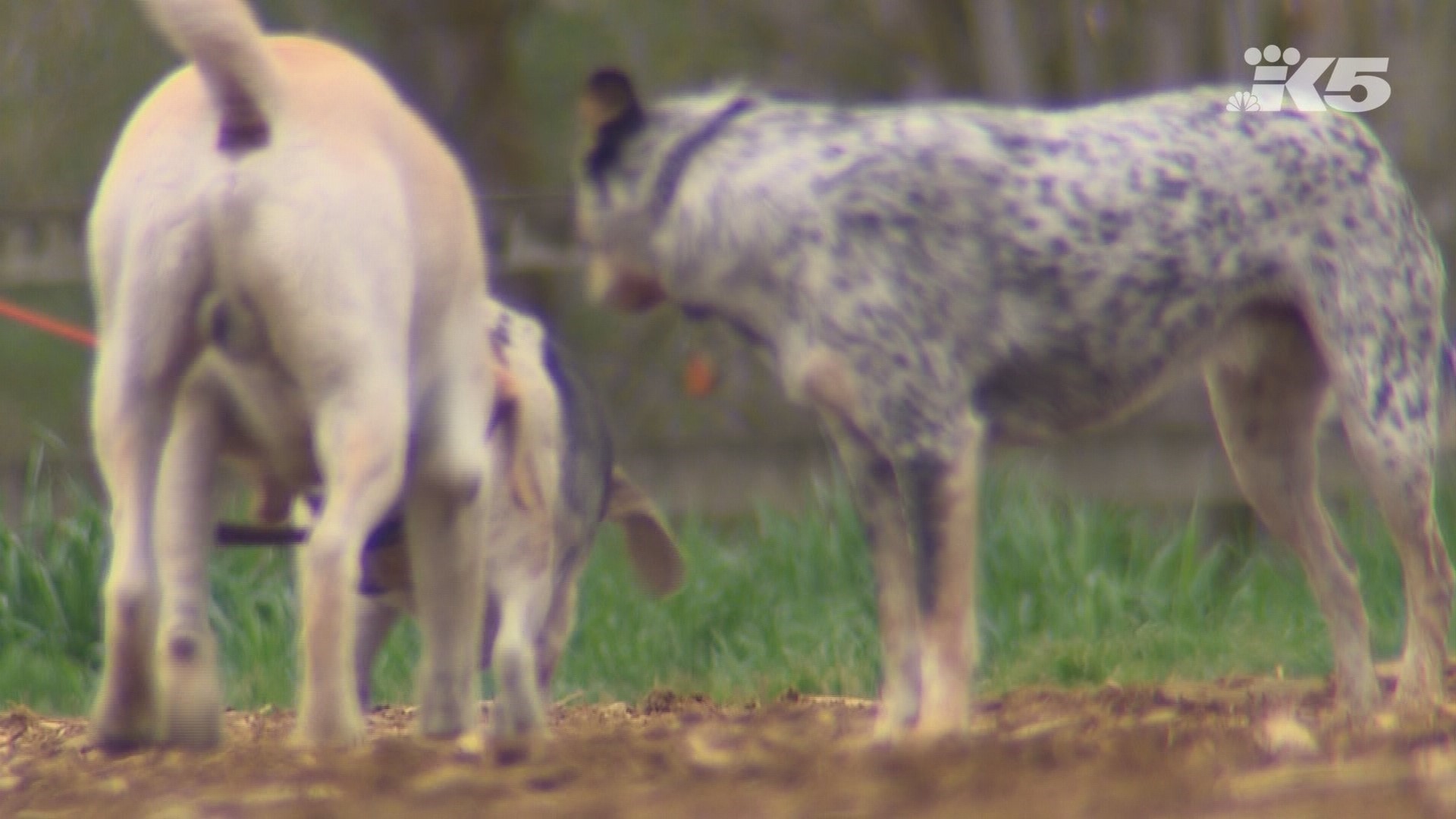 The city of Kirkland has a poop problem it’s trying to solve.

Kirkland city staff have been monitoring and counting unscooped dog poop at the park as part of a research effort funded by King County Conservation District. With a baseline amount of unscooped dog poop, the city can track whether their poop scoop initiative is working.

Over the last month, staff counted 66 unscooped piles of dog poop on the south Juanita Beach waterfront and 105 piles on the north side. Staff marked each pile with a yellow flag.

City staff say they do enforce the scoop law, but they really want people to understand why it's important to pick up pet waste.

With more than 20,000 dogs in the city, Kirkland says that can create more than 6,000 pounds of poop per day. Dog poop is considered raw sewage, according to the city, and can spread fecal bacteria to water sources when rain washes it into streams, rivers, or ditches.The outreach campaign is part of an effort to protect those water sources, as well as contain bacteria that can spread to people, pets, and wildlife.

Pet owners are encouraged to bring extra bags when they head to the park and watch their dogs closely, especially when they’re off-leash. Dog owners can also sign the city’s Super Scooper Pledge, promising to pick up after their dogs, and owners will receive a poop scoop toolkit.