Two of the latest drownings happened on the Green River in south King County. 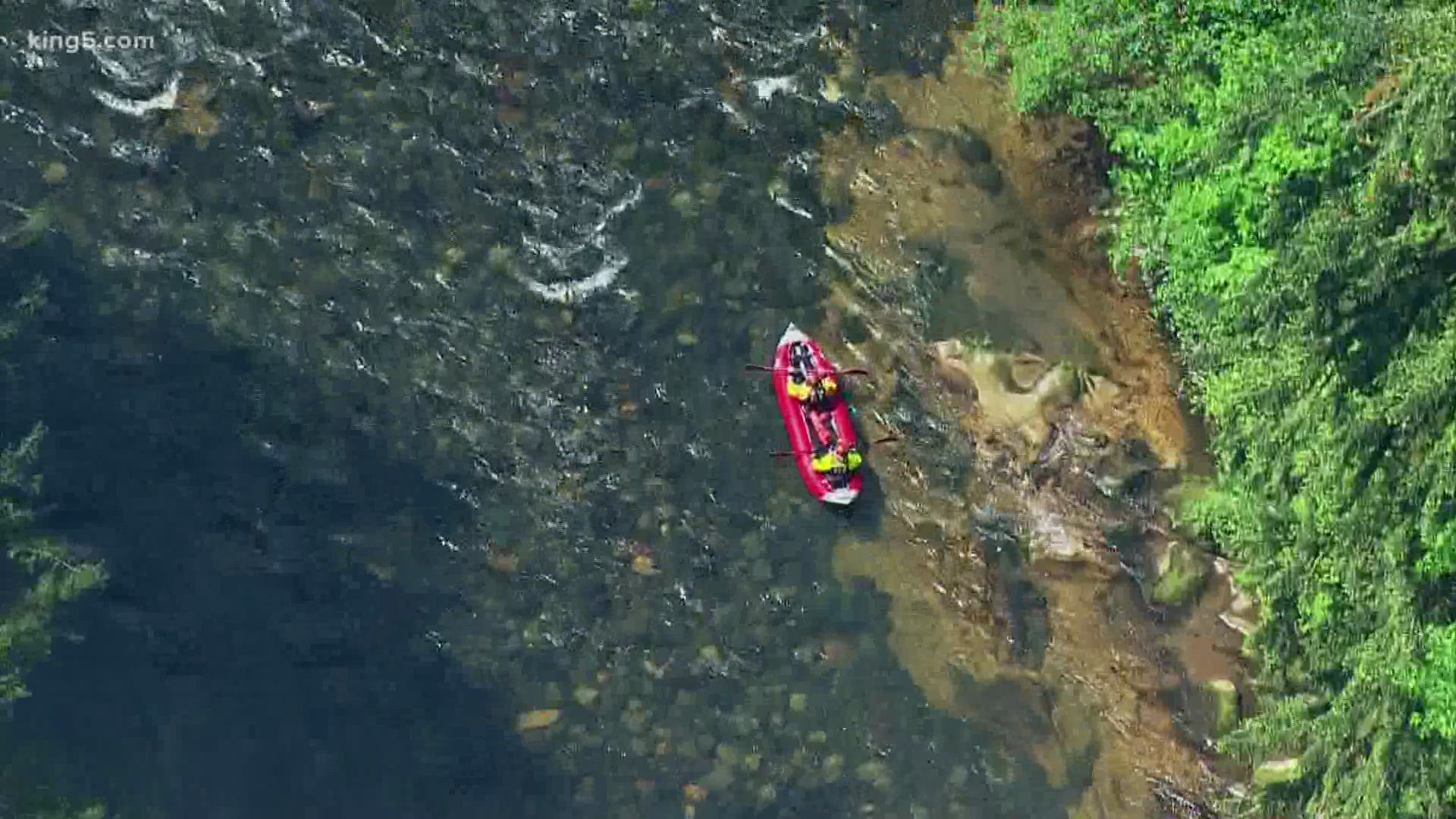 KING COUNTY, Wash. — The King County Sheriff's Office is urging people not to go in the river this Memorial Day weekend after three drownings in just five days.

Two of the latest drownings happened on the Green River in south King County.

On Monday a man, 24, was jumping off rocks into the river with a coworker. He found a tire swing and decided to jump from that. He ended up going out too far in the river before being swept away.

Just two days before that, a woman, 20, was hiking with friends near the Green River Gorge. She slipped and fell into the water. A friend jumped in to try and save her, but could not get to her in time.

A 65-year-old man was the first to drown in King County in May. He was in a boat with someone else, trying to cross the White River when the boat overturned. He could not swim.

The last reported drowning in Pierce County was in late April. A man, 62, was kayaking on the Puget Sound near Ketron Island. He was an avid kayaker and this was a common part of his routine, officials said.

Snohomish County reported one drowning on May 8. A teenage boy, just 17, was cliff jumping near Cedar Ponds in Monroe.

"Usually May and June, it's the first real snowmelt off from the mountains, so we are talking about 50-degree water and so hypothermia hits really quickly," said Sgt. Abbott. "We strongly encourage people to stay away from the water at this time because of how cold it is and how dangerous it is, again the rivers, the current is really strong and it will quickly pull people under," he said.

RELATED: Five tips for boating safely with your dog in the PNW