King County is hosting public meetings to get input about its 2020 Strategic Climate Action Plan. 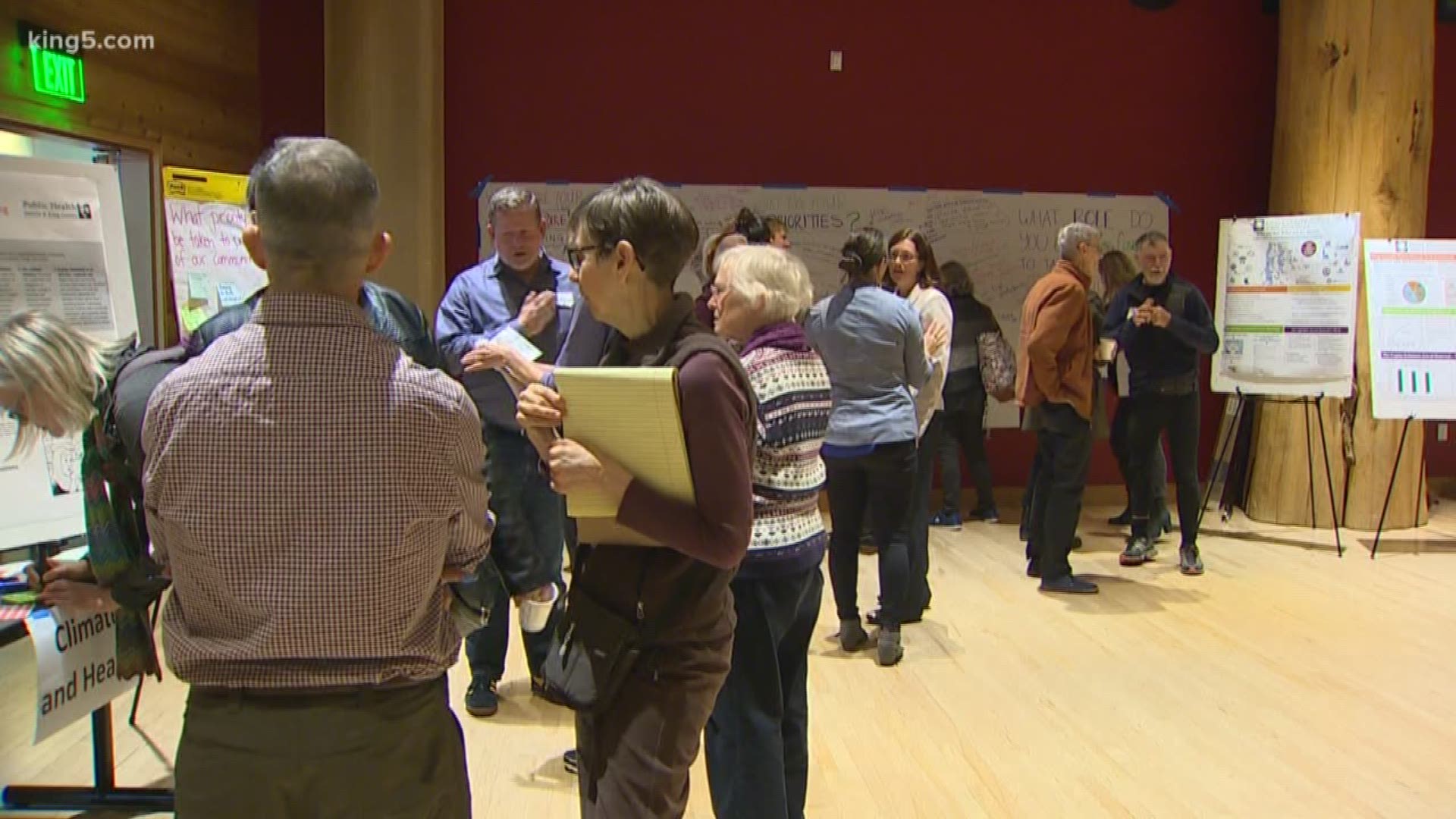 SEATTLE — King County is updating its plan to tackle climate change. On Saturday, the public was given a chance to ask questions and make suggestions at the University of Washington.

The event included a “Youth Summit” allowing teenagers to make their feelings and priorities known.

The event brought out several King County employees so those in attendance could ask questions and offer suggestions face-to-face. They could talk about things like waste, public health, transportation, and provide feedback on the county’s climate plan.

“Climate change doesn't care who owns what building, or who’s living where. It's about what is our regional strategy, and we know we can't achieve all of that by ourselves,” explained Jamie Stroble, a member of King County's Climate Action Team.

Tucked away from the main event, a group of teens gathered to offer their ideas and strategies.

“What are some ways we could incentivize using public transportation and green energy,” asked 17-year-old Esha Krishnan.

The group admitted the problem often feels overwhelming, but tried to come up with some solutions they could implement in their communities. Krishnan is hoping to get rid of the Styrofoam containers in her school cafeteria.

“We really want to implement green things in our schools,” Krishnan said. “What if we had renewable plates or renewable utensils?”

Krishnan also wants to talk with her city about a policy that allows trees to be cut down if they block someone’s view.

Organizers said they're listening to all the ideas they gather at the events to formulate new policies and priorities.

“We know we don't have all the answers to everything, and we may not be thinking about all the possibilities about what we could be doing,” Stroble said.

The group of teenagers in attendance said they're glad for all the communication and the chance to talk. But so far, they said it just feels like talk.

King County is holding another public feedback event on Wednesday, October 16, from 6 to 8 p.m. at Highline College. Click here for more information.