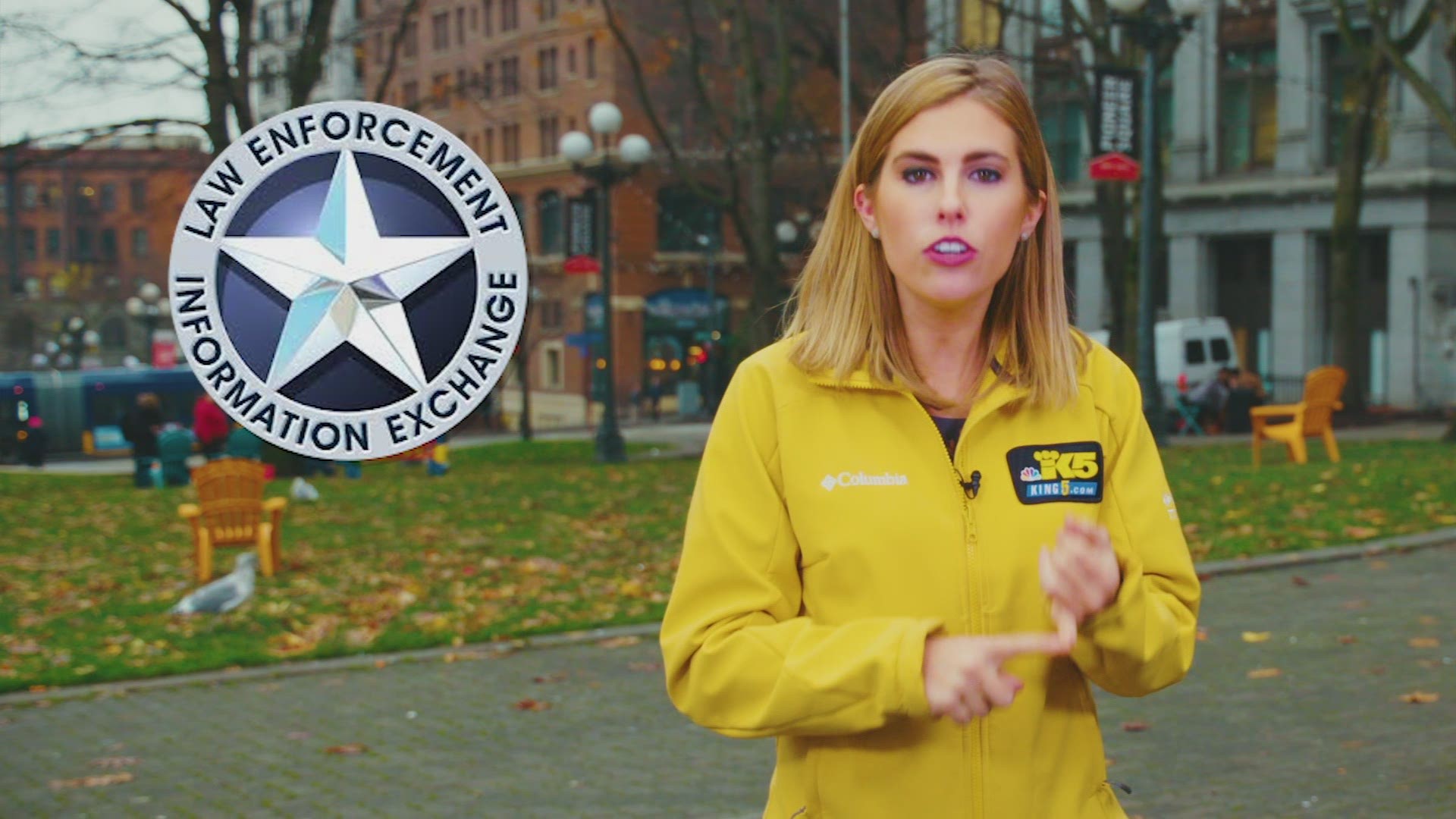 SEATTLE — A database used by law enforcement across the nation was brought into the spotlight this summer when the King County Sheriff’s Office pulled out of the database, sighting concerns that Immigration and Customs Enforcement could access their information.

On August 15, King County Sheriff Mitzi Johanknecht sent a letter to her staff saying the department is terminating its membership with the Legal Information Network Exchange, known as LinX.

The Sheriff’s letter said, “There is no effective way to ensure ICE will not access our information for immigration purposes, I feel this action is the only option available to me to ensure compliance with King County Code.”

In 2018, King County said it passed an ordinance, which prohibits agencies from “providing personal information to federal immigration authorities for civil immigration enforcement.”

LinX is a data warehouse that law enforcement uses to access information between departments, including ICE. It was created in the Pacific Northwest in 2001 and is owned by the Naval Criminal Investigative Services (NCIS).

On August 29, the Sheriff sent a follow-up letter saying the department is once again using the system. She added they took a deeper legal review and realized "{Their} use of LinX does not violate the King County ordinance." 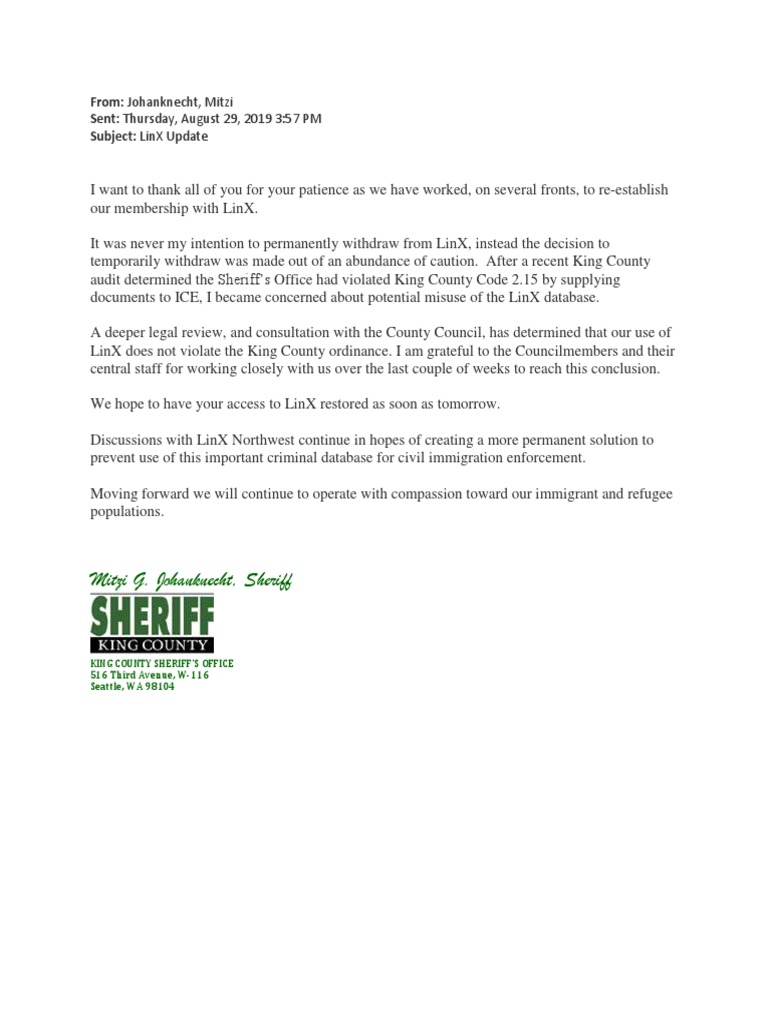 “KCC 2.15 is focused on preventing the use of County resources to assist in civil immigration enforcement. The Linx database is not owned or operated by the County,” said the KCSO’s Legal Team.

LinX is used by more than 2,000 law enforcement agencies throughout the country.

The King County Sheriff’s Office said it won’t ask for a person’s immigration status, but information uploaded onto LinX can be used to track someone down.

When the KCSO re-entered LinX, the Sheriff’s letter said, “Discussions with LinX Northwest continue in hopes of creating a more permanent solution to prevent use of this important criminal database for civil immigration enforcement.”

The sherriff’s office said the discussions happened, but no changes have been made.

“Keep in mind we do not own this database, but in discussions with NWLinX, there was a belief that it was possible to build a firewall to exclude ICE. We were recently informed that a firewall is not possible at this time,” said the KCSO’s Legal Team.