The sheriff's office received complaints about the Facebook posts of Det. Mike Brown, including one that appeared to mock protesters struck by a car. 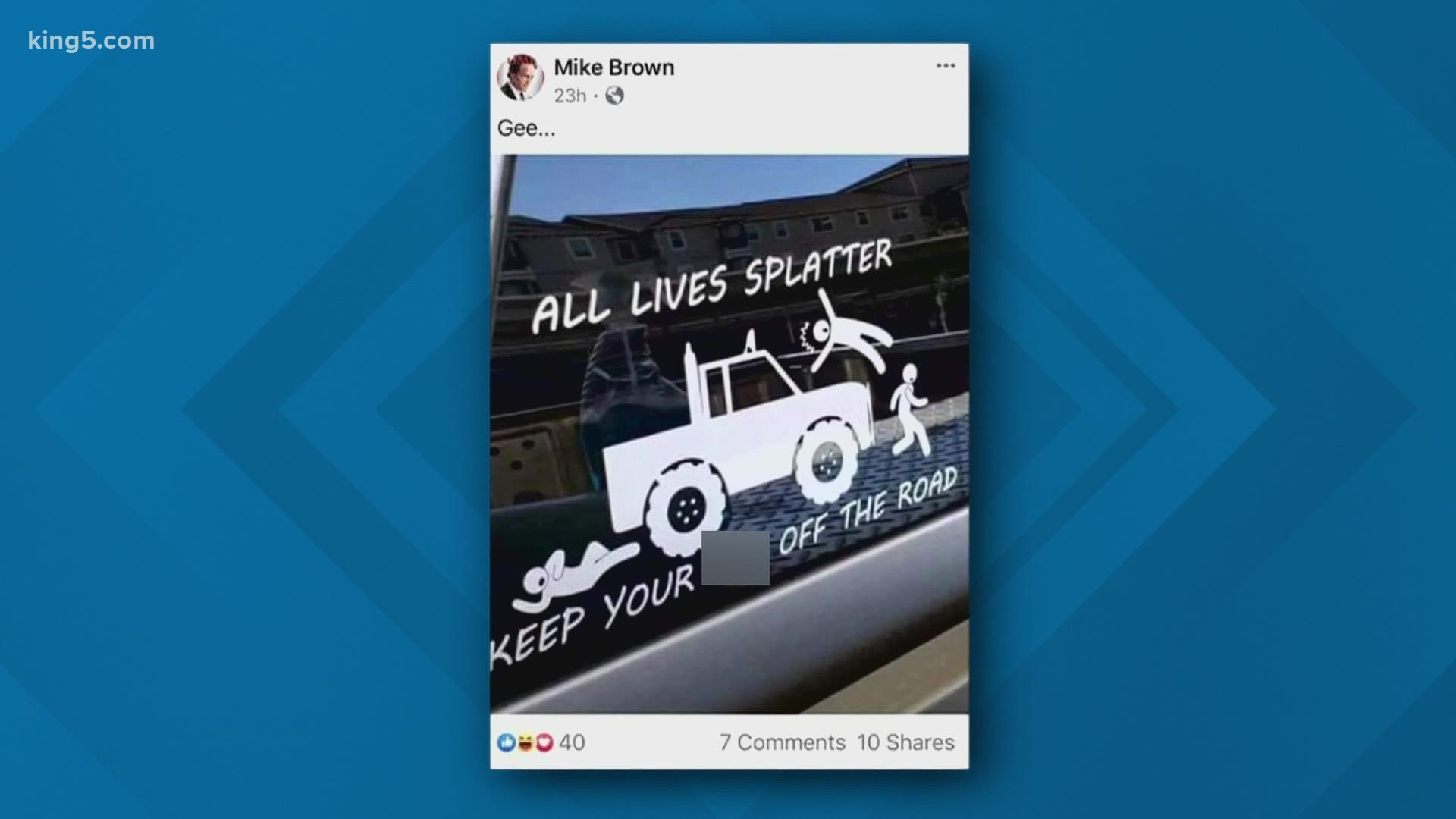 The King County Sheriff's Office undersheriff recommended the firing of a detective whose posts on Facebook appeared to mock Seattle protests against racial inequities and police violence, including an incident where protesters were struck by a car.

The memo by Undersheriff Patti Cole-Tindall to Det. Mike Brown outlined eight Facebook posts the department had received complaints about.

"I also consider your ability to be effective as a law enforcement officer, given the ample material now available to discredit and undermine you and our work for this agency in court processes and beyond,” Cole-Tindall wrote. “The blow to the department’s integrity was staggering. The damage to your integrity and ability to continue to serve as a law enforcement officer cannot be repaired."

According to KSCO spokesperson Sgt. Ryan Abbott, Brown has a right to a meeting with Sheriff Mitzi Johanknecht to present his position. Johanknecht makes the final disciplinary decision.

The eight posts were made between June 1 and July 4, at the height of the Seattle protests against police violence and the creation of the Capitol Hill Organized Protest, or the CHOP, according to the investigation documents.

One of Brown's posts showed a sticker with the illustration of people struck by a vehicle with the words "All lives splatter." It was posted shortly after a protester was killed and another injured after being struck by a car on Interstate 5 in Seattle.

Another post on Brown's account appeared to make light of the death of Lorenzo Anderson, a 19-year-old who was shot and killed inside the CHOP.

Cole-Tindall said that while the investigation exonerated Brown from an accusation of discrimination because he was not on duty when he made the posts, the investigation did find evidence of conduct unbecoming and violations of the department's social media policy.

Abbott noted that the investigation continues into sheriff's office employees who reacted on social media to Brown's posts. 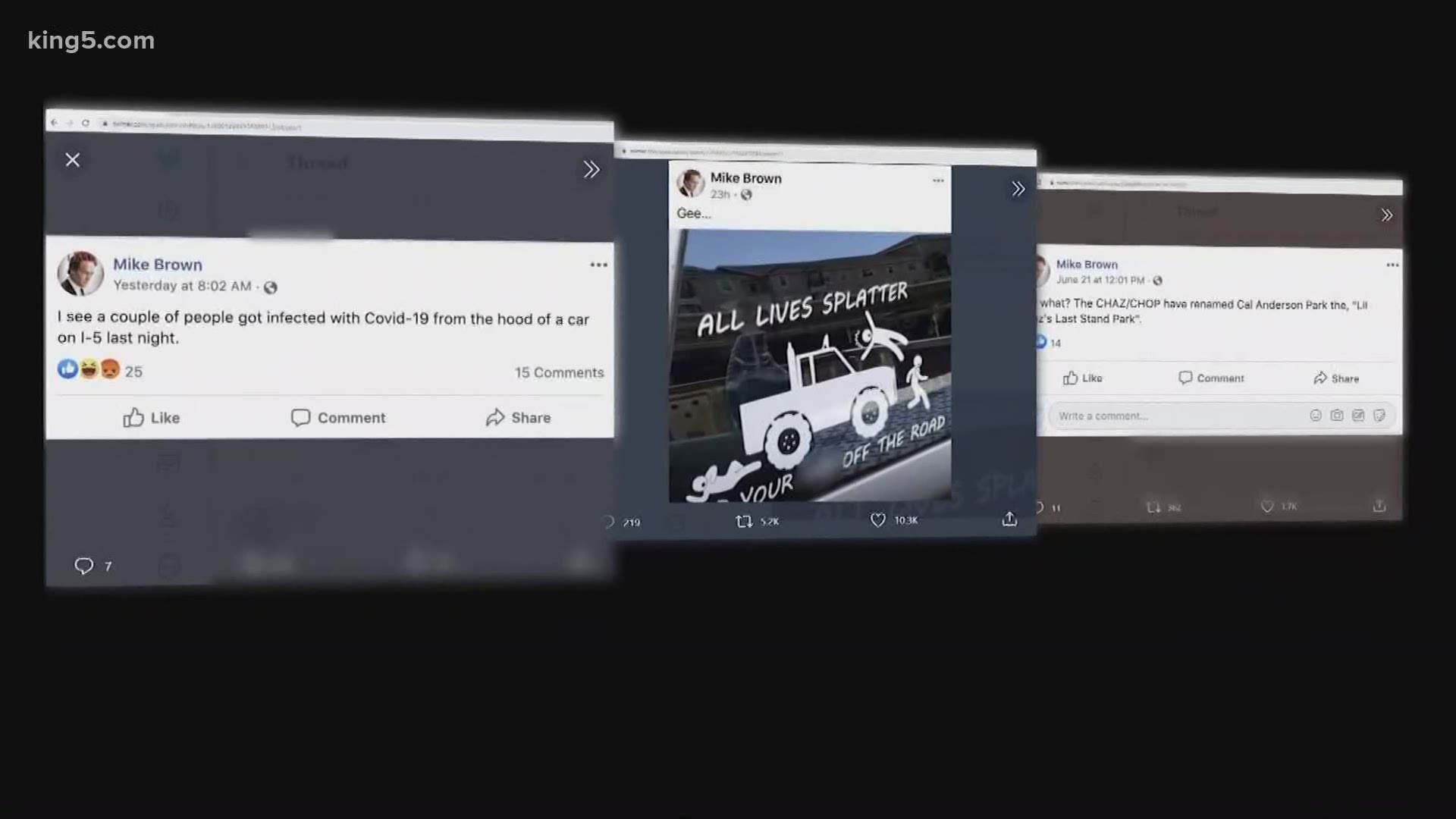