King County is the first local government in the nation to offer a carbon credit program to protect local forests. 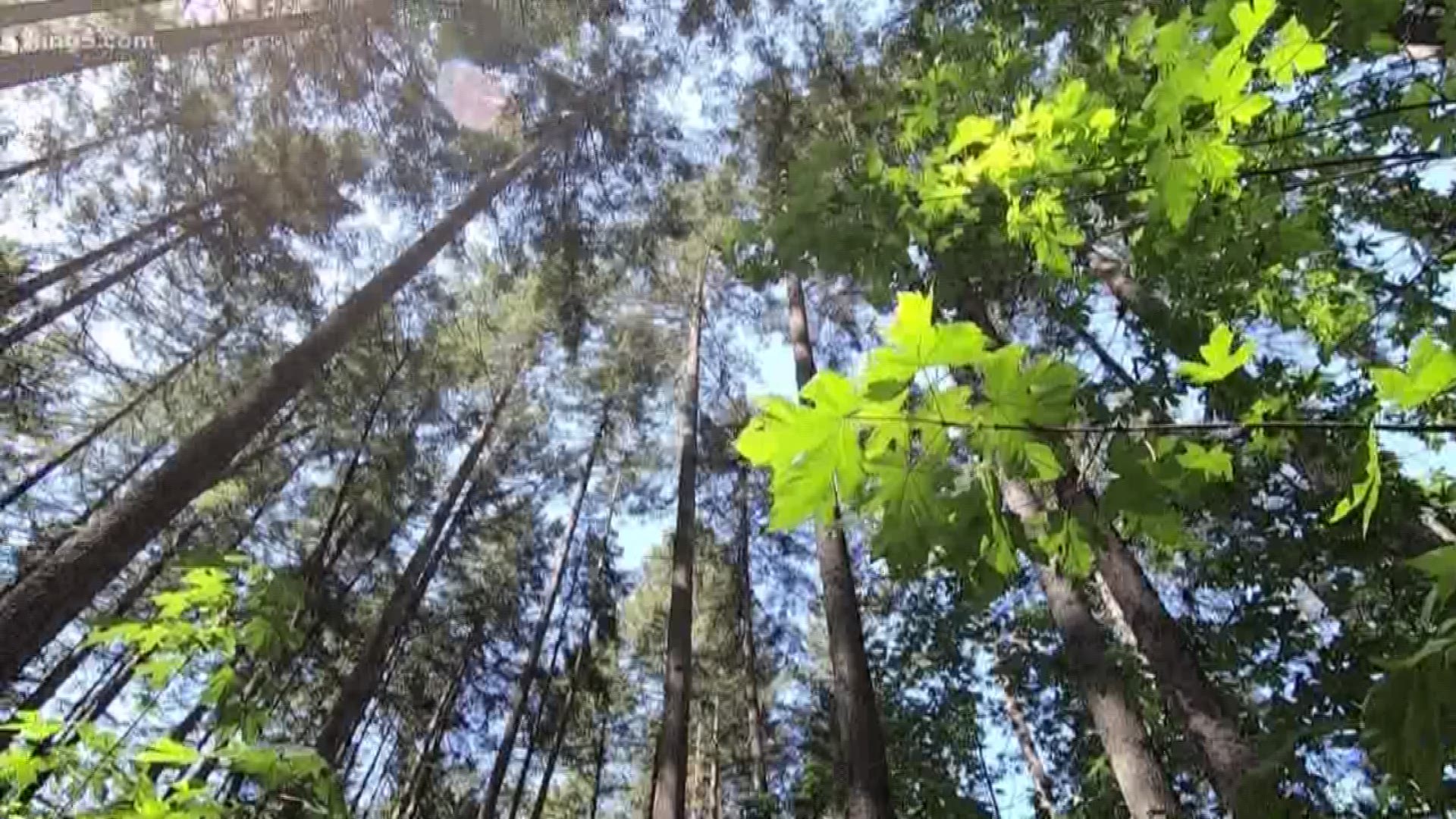 RENTON, Wash. — A new King County program aims to save forests by partnering with businesses that want to reduce their carbon footprints.

The county recently bought 108 acres of forest on the edge of Renton in Cougar Mountain Regional Wildland Park. Officials believe it would've been bulldozed and built into a neighborhood of about 20 homes, had a developer acquired the land.

The trees are now part of a program that allows companies like Microsoft to lessen their impact on the environment.

The county identifies and purchases acres of forest it wants to preserve, then sells shares of that land in the form of what are called carbon credits. Think of a credit like a cluster of trees which stores carbon and scrubs carbon dioxide out of the atmosphere.

Companies that emit greenhouse gases and contribute to global warming can purchase the carbon credits to make up for various ways they pollute. Each credit, which is the equivalent of a ton of CO2, costs between $15 and $22.

“They buy the credits, we use the money from selling the credits to acquire more forest,” said Kathleen Farley Wolf, forest carbon program manager for King County.

County leaders gathered at Cougar Mountain Regional Wildland Park on Wednesday to show off the latest swath of woods in the carbon program.

The credits don't cover the full cost of preserving the land, but the county said the money helps it do more.

King County Executive Dow Constantine has a goal to save 65,000 additional acres of woods and wetlands in the coming decades.

According to the county, it is the first local government in the nation to offer a carbon credit program to protect local forests.