The King County Police Officers Guild is calling on Sheriff Mitzi Johanknecht to resign after a survey of union members. 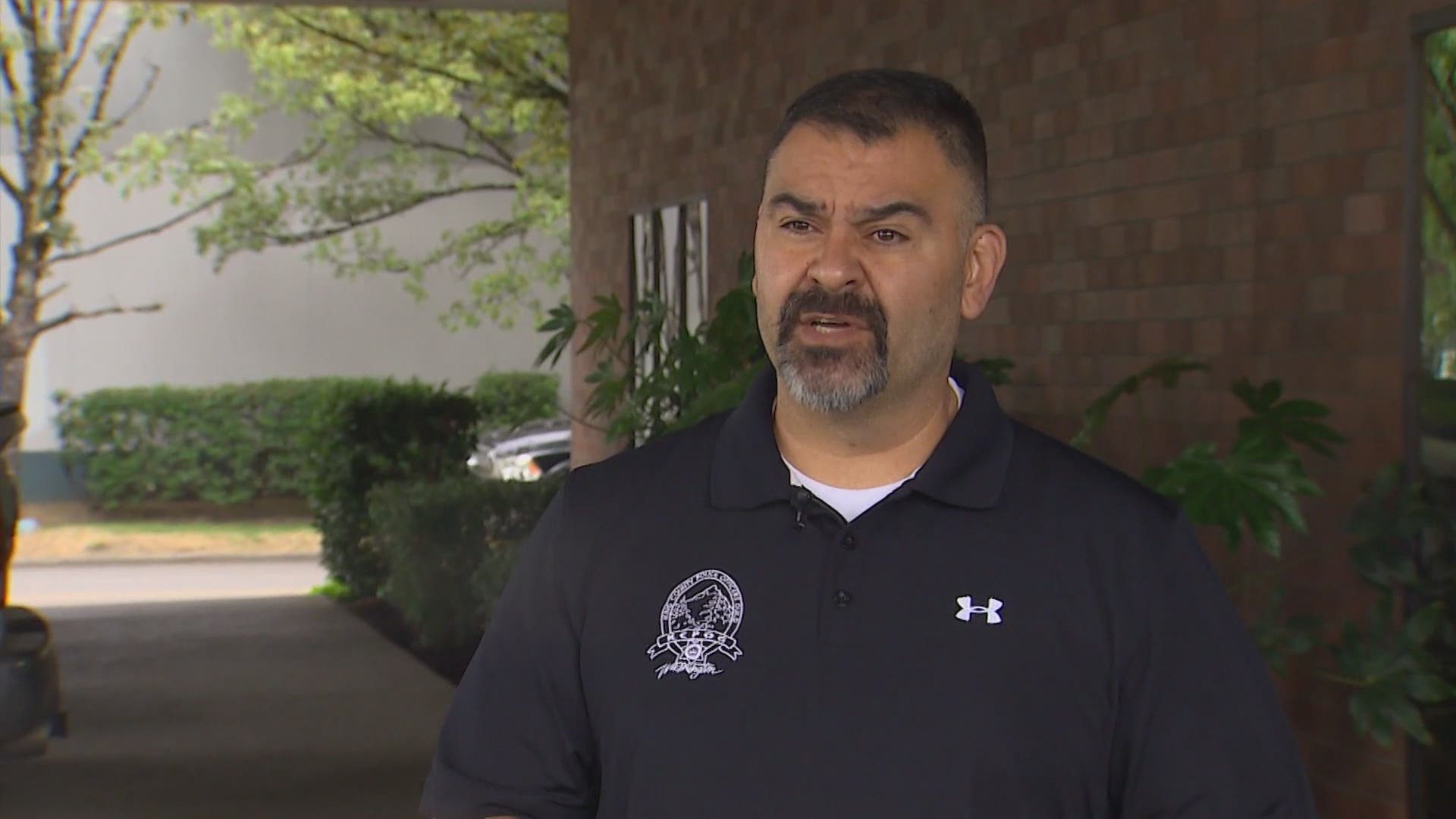 KING COUNTY, Wash. — The King County Police Officers Guild is calling on Sheriff Mitzi Johanknecht to resign after a survey of union members found an overwhelming lack of trust and confidence in the direction of the department.

It is the latest blow to the sheriff, who increasingly looks like a lame duck for the remainder of her term amidst increasing demand for her resignation from elected leaders and the union alike.

"The morale is at an all-time low in the sheriff's office, at least in my 23 years here. Probably the worst it has ever been," said Guild President Mike Mansanarez in an interview with KING 5. "It's just very hard when you don't have a leader.

"I say we're rudderless ship adrift the sea without a captain. That's how it feels right now and a lot of the deputies feel that way also, obviously."

Mansanarez painted a picture of a sheriff who has grown detached from the rest of the department and other elected leaders.

He said 465 members responded to the survey, which was solicited by the guild's office. Of those who responded, 84% of members rated morale low or poor, with 96% saying her communication skills also rated low or poor. And 86% said they had little confidence in the sheriff's ability to lead the department through the rest of 2021.

Mansanarez said the issues have led to attrition that will be hard to replace, especially for a department which covers some of the more rural spots in western Washington.

Mansanarez said the rank and file have grown frustrated by what they say is a lack of equipment and training, and that Johanknecht did little to push for vaccination of deputies and staff. He also said discipline has been an issue.

"What we're tired of seeing in that discipline is the disparity amongst ranks. That's why we always say different spanks for different ranks," he said.

Mansanarez said the rank and file also have taken issue with some promotions and placement, including the sheriff's decision to hire accomplished television journalist Liz Rocca as chief of staff.

"With Liz and her background in investigative reporting, three years and four months now into Sheriff's Johanknecht's term, Liz has not yet come out to meet the membership." Mansanarez said. "A lot of people don't know who she is. They can Google her and see what she did, but they don't know who she is. That's a lot of problem with communication."

The guild said the vote is unrelated to the growing pressure on the sheriff for others reasons.

In March, after the sheriff's office announced a $5 million-settlement with the family of Tommy Le, she wrote an email to staff noting that it is "not a reflection of how I view the actions" of the deputy.

Johanknecht said she has no intention to resign.

Johanknecht was first elected in 2017. Last fall, those same voters approved a measure to make her position appointed, instead of elected office. The term ends in December of this year.

Already, county council members are soliciting public opinion on a replacement and are expected to start interviewing candidates in the third or fourth quarter of this year.

Mansanarez, who said he has worked alongside Johanknecht during her lengthy career in law enforcement, believes it is time for her to acknowledge the unhappiness in both the labor and political communities.

"I think that there's more that she can break than she will fix," he said Monday. "I hope she honestly looks at (the survey), and decides to walk away. That's all we can ask for. Because right now it's not good."