Artwork centered around the Black Lives Matter movement, designed by Metro employees, is now displayed on hundreds of buses across the county. 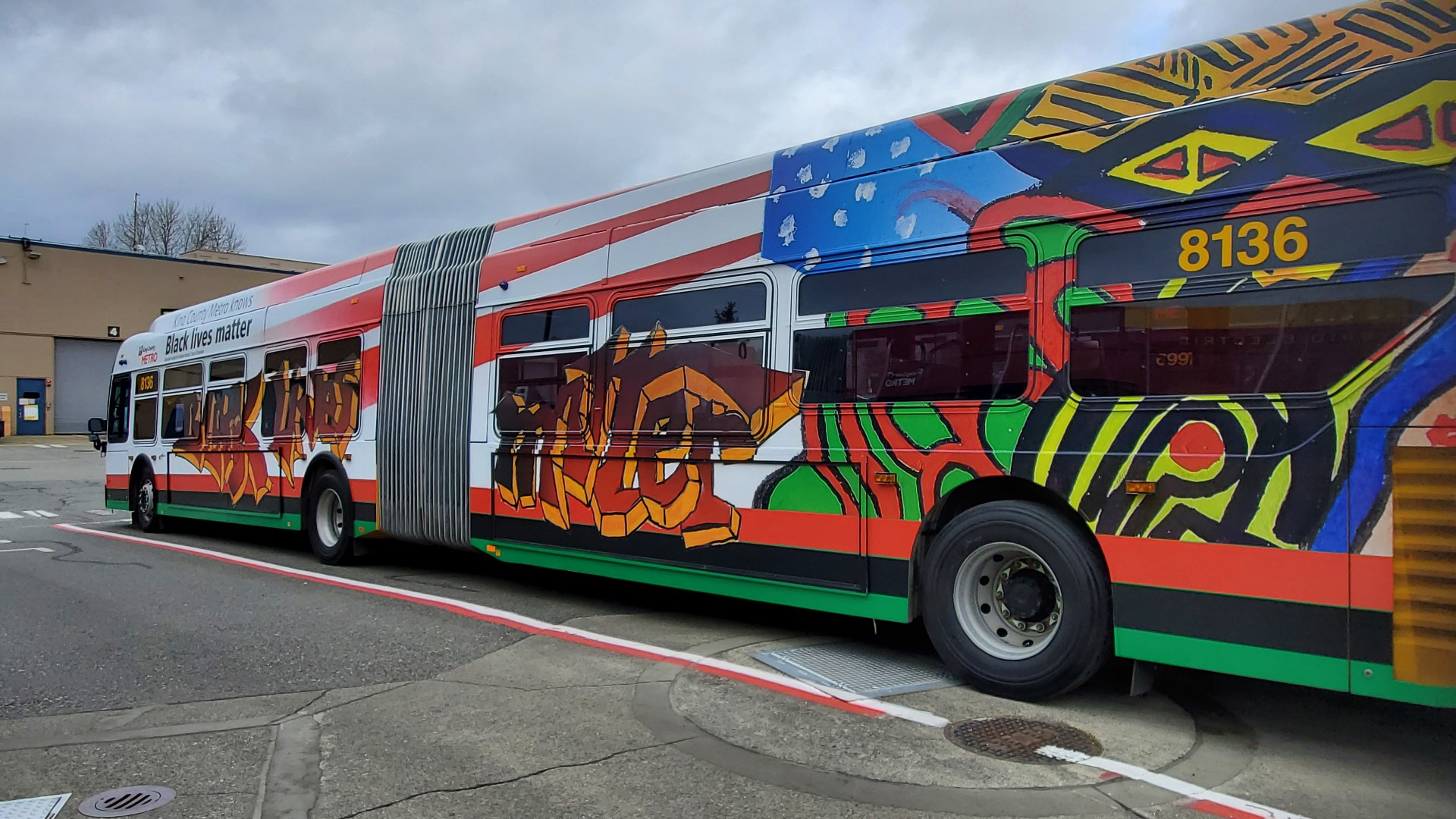 SEATTLE — King County Metro buses have a new look. Artwork centered around the Black Lives Matter movement, designed by Metro employees, is now displayed on hundreds of buses across the county.

This was an idea birthed out of last summer’s death of George Floyd in Minneapolis and protests for racial justice.

"I have a lot of emotion is going on with me over these, these, obviously a lot of people have over these last few years, especially this last year,” said Juan Gilbert Hood III, a King County Metro employee.

An expression of pain, backlit by the Derek Chauvin trial, the former Minneapolis police officer charged in the death of Floyd.

"The emotion swelled up inside of me,” said Hood.

"I got my pencil, got my pens and sat down and put it to paper,” said Hood.

Hood’s work –  two posters about Black pride and unity -- are on display at Metro worksites across the county.

Two hundred buses have artwork by Sandra Padilla displayed with images of George Floyd, Breonna Taylor, and Aiyana Jones, a 7-year-old who was killed in a 2010 police raid.

Watching the Chauvin trial play out in real-time – and watching buses pass with this stern reminder of historic injustices -- Hood said he’s ready to see action.

"Let's sit down with who needs to, we need to sit down with and hash out what needs to be done, so that everyone can feel safe with one another," said Hood.